In 2015 I blogged about the limestone and caves on Malta. I had visited the south coast, and seen the Blue Grotto at Wied Iz Zurrieq 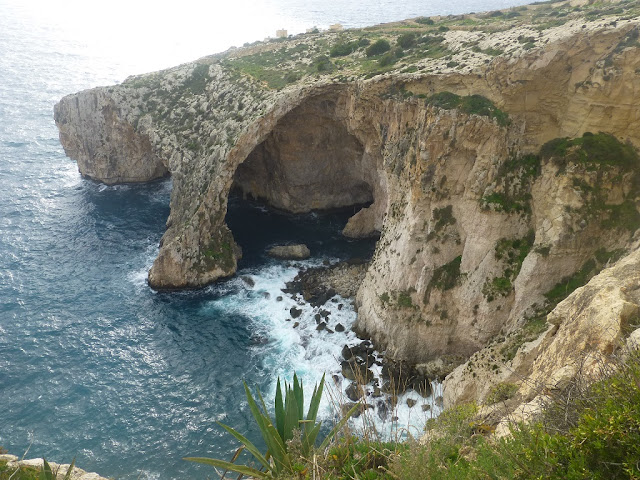 A cave along Malta’s southern coast collapsed over Friday and Saturday, creating a short-lived limestone arch which only held up for hours before also giving way.

Għar Ħanex, which lay on a stretch of coastline on the outskirts of Qrendi between Għar Lapsi and Wied iż-Żurrieq, is believed to have initially collapsed on Good Friday.

That first collapse turned what used to be a cave into a new arch, prompting tentative comparisons with the now-defunct Azure Window, which caved in just over two years ago.

Within hours, the newly-formed arch also caved in, leaving a gaping hole where Għar Ħanex used to be.

The site is designated as a Special Area of Conservation, benefits from Natura 2000 protection.

Natura 2000 is an EU-wide network of nature conservation areas which enjoy specific protection under the EU's Birds and Habitat Directives.

The onetime cave formed part of a series of coastal formations in the area which are known as Nuffied. These include a small cove known as il-Maqluba tal-baħar, the Ras il-Miġnuna natural arch, Ħalq it-Tafal and in-Nuffied iż-Żgħir.

See the Times of Malta for photos.

Posted by cavingliz at 4:34 PM