Madeira is an island off the west coast of Africa, west of Morocco. It is an Autonomous Region of Portugal. The island was formed by underwater volcanoes. Today the whole island is hilly and mountainous, there is hardly a patch of flat land!

The São Vicente Caves were formed during this last phase of volcanic activity, about 890,000 years ago. The caves were the result of an outbreak of lava that cooled and solidified on the surface creating a tubular cavity while lava continued to flow in high temperatures and speeds through these newly created underground “pipes” until the volcano no longer had lava to flow. The molten lava reached a temperature of 1200º C.

The São Vicente Caves and Volcanism Centre is now a major tourist attraction. Located in the north of the island, about midway between the east and west, in the Sao Vicente municipality. 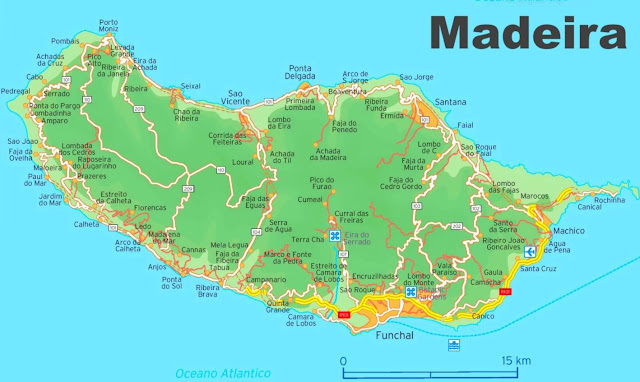 There are 8 tubes, totally more than 1 km in length, with a maximum height of 5 - 6 m. It is the largest set of lava tubes known on Madeira. The caves were discovered in 1885 and were studied by an English naturalist, James Yate Johnson. They were opened to the public in 1996.

There are 4 parallel lava tubes and the show cave winds through all 4, with some man made connections in places. The tourist paths cover 700 m, with a height range of 19 m. 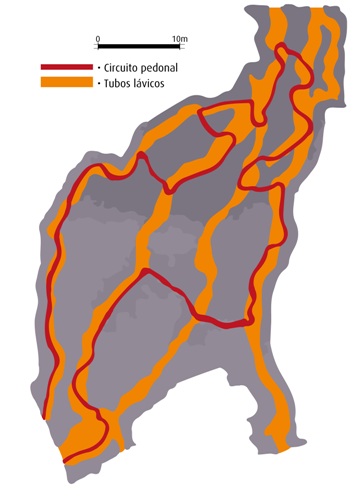 I visited as part of a tour of the North of the island and the cave ticket cost €6. The cave complex is quite well "hidden" as the buildings are made from volcanic rock and blend in and are hardly noticeable. The 2 buildings in the foreground of this photo are in the garden, not really part of the cave - 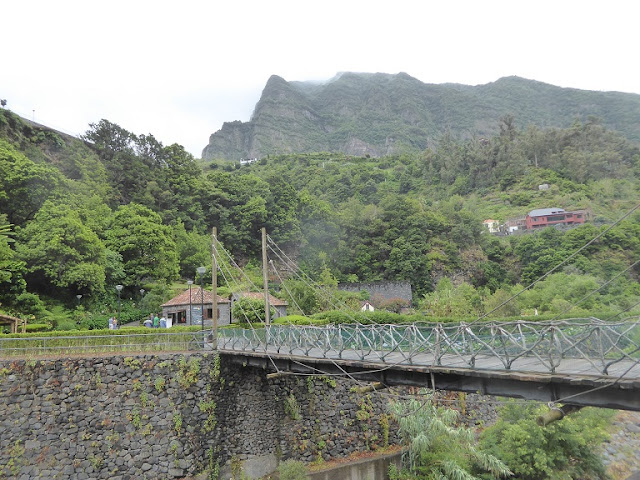 Had to wait for the tour and it was a really large group, but the guide had a good microphone, and gave the commentary in Portuguese and then English. The entrance leads into the main tube. The cave is well lit, although there is a fair amount of lampenflora, such as ferns and other small plants. The tubes are quite wet as there are several drips from the roof and the path is quite wet.

There is gentle music at the junction of different tubes. 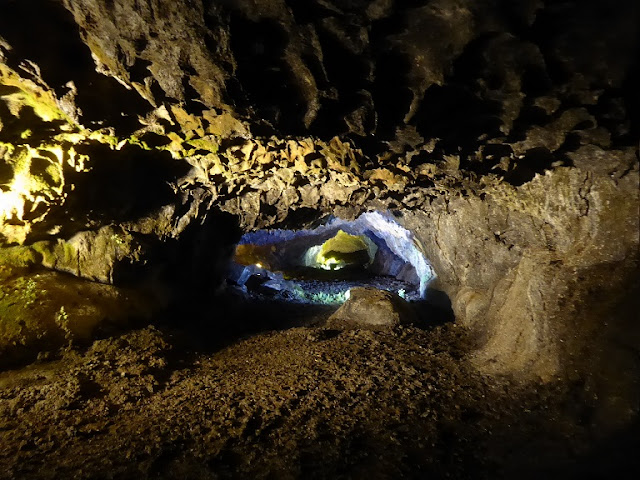 View of the roof 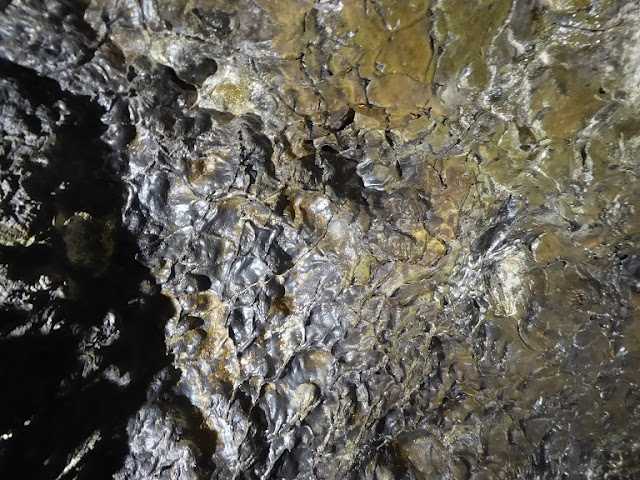 There are streams and at the top of one tube, the water has been 'dammed' with transparent sheeting which is quite effective. The water temperature is 12 and 13º C . The air temperature is 16 to 17º C . 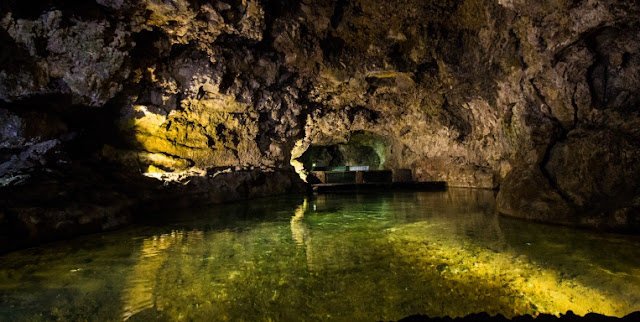 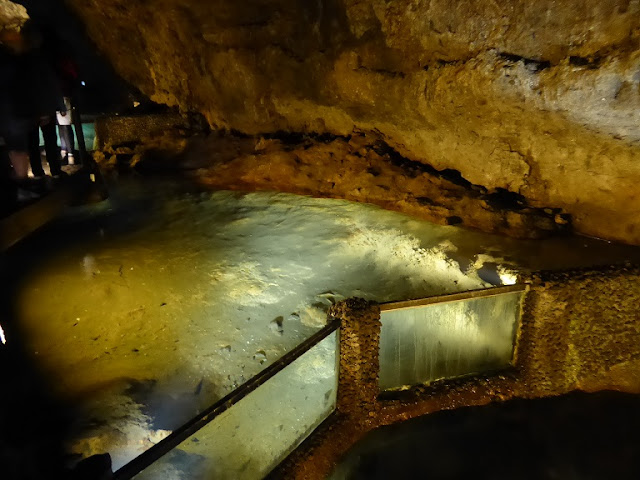 On the way out is an imprisoned block, which looks like a baby elephant. It was carried in by the lava but then got stuck. 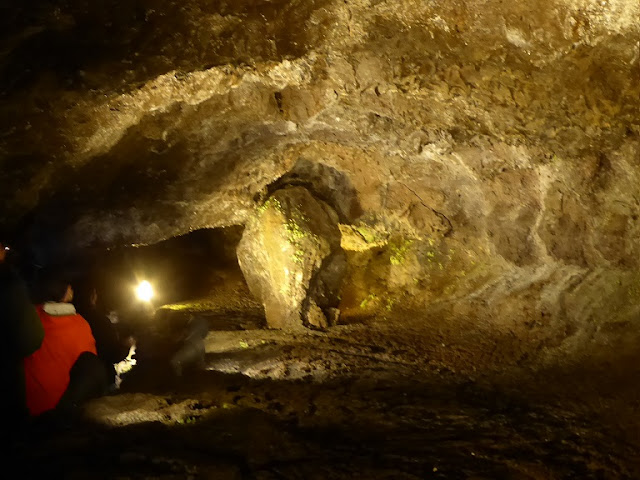 The exit is via a different tube to the entrance. You then go to the volcanism centre. The first room has displays about geology and volcanoes, and there is a simulation of the eruption of a volcano. There is also a lot on myths associated with volcanoes around the world. Different volcanic eruptions are mentioned, such as the Capelinhos Volcano on Faial Island, the 27 of September of 1957, which I saw in March 2019.

You then move through a Time Tunnel to the theatre and watch a film on the origin of the Madeira archipelago. You then walk to the earth's core, and go to the centre of the earth in a simulated elevator. Finally there is a 3D film. You then exit into a garden of endemic plants.

See more on Sao Vicente caves.
Posted by cavingliz at 4:57 AM