Chislehurst Caves are located near Bromley, in Kent, although come under the Greater London area now. 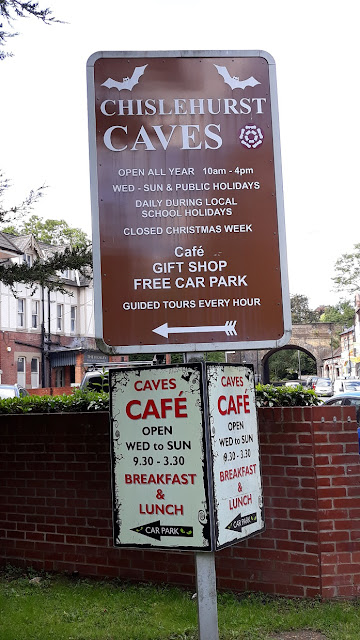 The caves  are a labyrinth of man made tunnels covering over six hectares, 30 m below the woodlands above. They were dug for chalk used in lime burning and brick-making for the building of London, also for flints to fire the tinderboxes and flintlock guns of years ago.

The caves were dug out from the mid 13th to early 19th century. Although the info available isn't really clear. The mines were mentioned in Saxon times, possibly in the 9th century.

The caves were opened as a showplace at the start of the 20th century. They were also used for  munitions storage for the Woolwich Arsenal in the 1914-18 war, then mushroom growing in the 1920s & 30s. During the Second World War they served as one of the largest deep air-raid shelters in the country, protecting over 15,000 people at the height of the blitz.

They were later used for entertainment. In the 1960s & 70s there were dances and concerts. Pop rock and folk groups all played here.

I went on a tour and was lucky as there were only 3 people in the group, so it was a nice personalised tour. 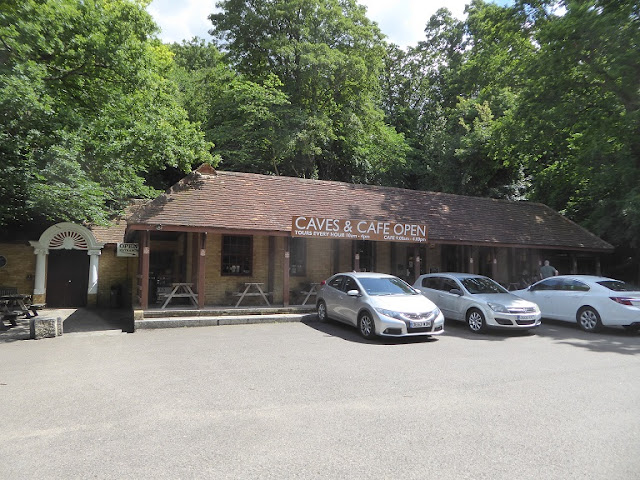 Whilst waiting I had a look at all the exhibits. There is also a cafe 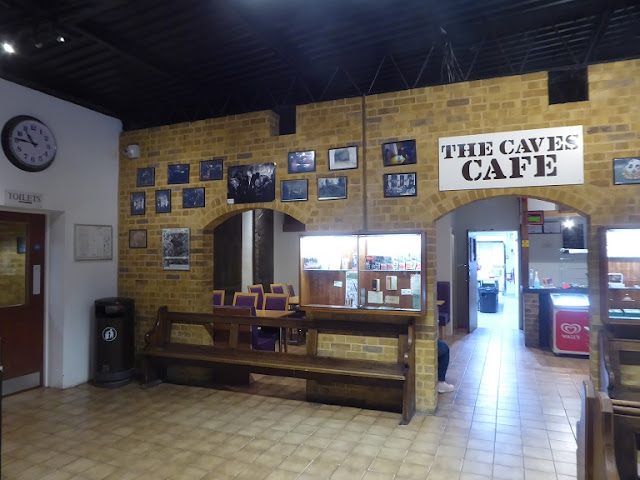 I didn't take many photos underground. A map of the caves 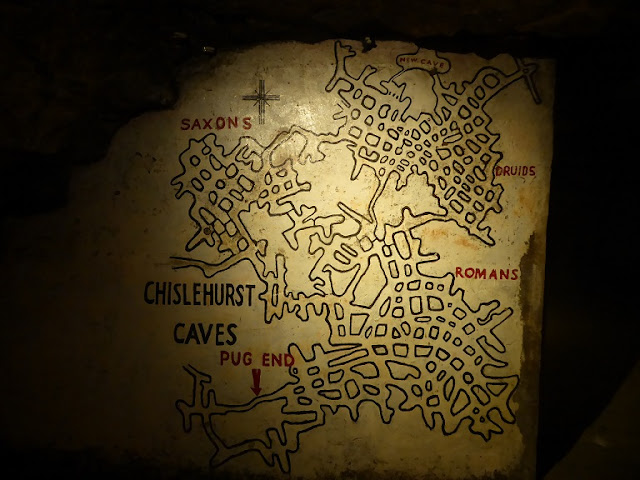 The church used in war time 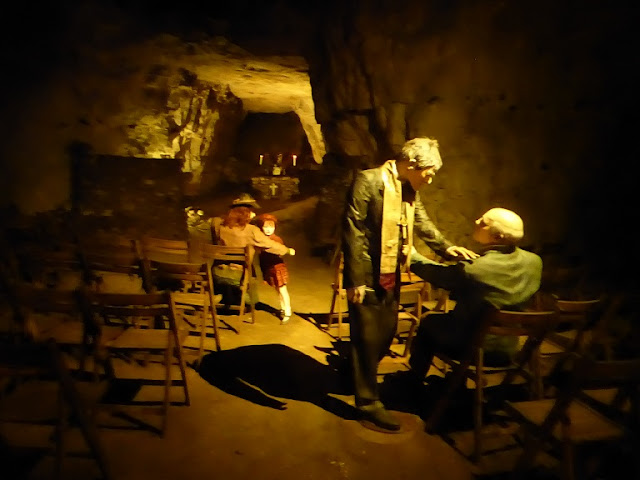 Some of the many carvings, probably done during the war - 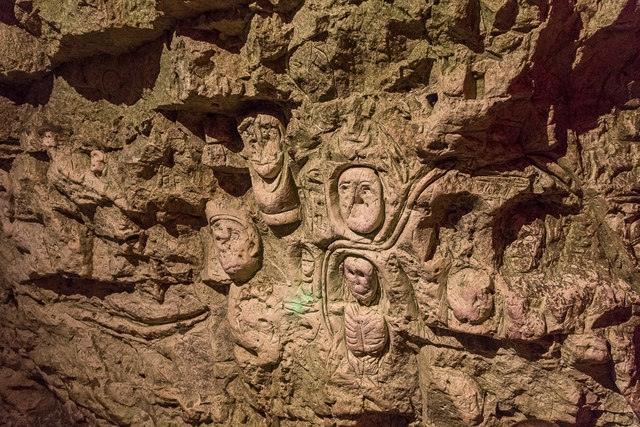 There was no electric throughout much of the cave, we used hurricane lamps. Typical passages 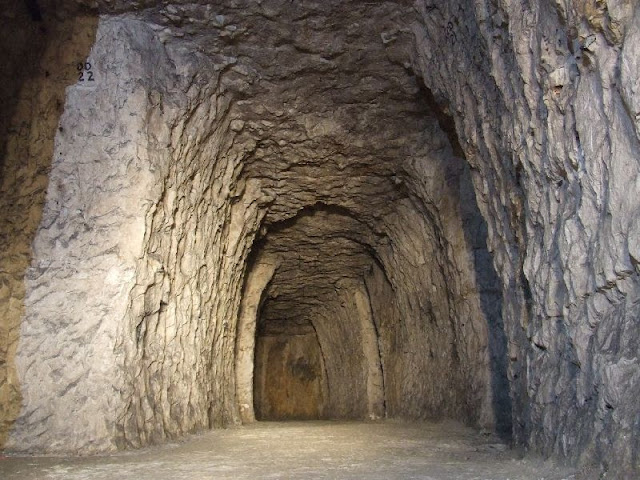 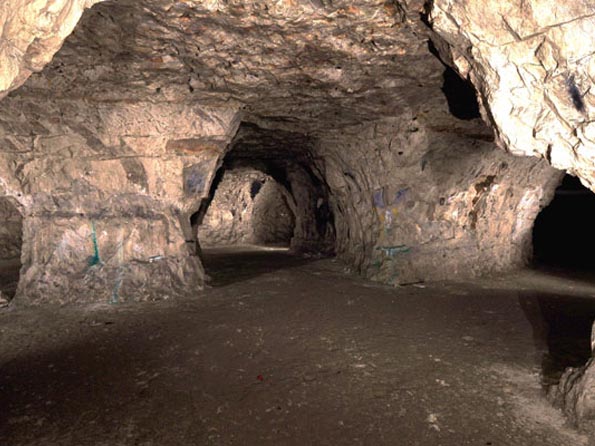 Model of a flint knapper 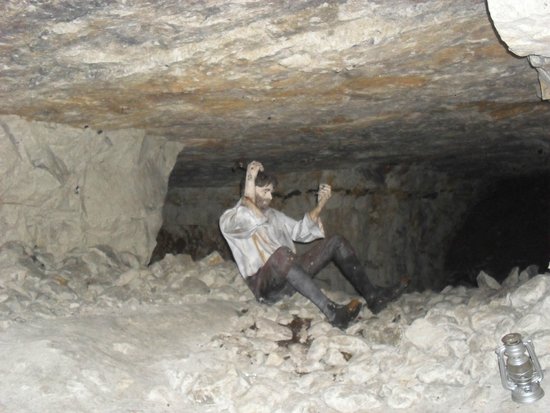 Official website of Chislehurst Caves. See more on Wikipedia
Posted by cavingliz at 12:45 AM