There are two foot tunnels under the River Thames in London, at Greenwich and Woolwich. Both are in the Royal Borough of Greenwich. The purpose of the tunnels was to provide reliable all-weather access by local residents to the London shipyards and docks on the north side of the Thames.

The Greenwich tunnel is upstream of Woolwich and is used by 1.2 million people a year compared to 300,000 in the Woolwich tunnel. Both tunnels are open 24 hours a day, and have lifts and stairs. See Royal Greenwich webpage. 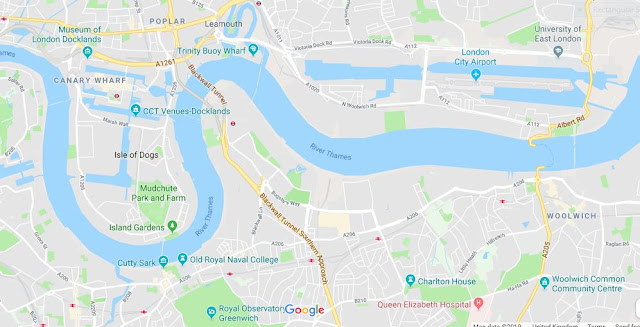 The Greenwich tunnel runs from Greenwich near the Cutty Sark on the south side to Millwall on the north bank. It was opened in 1902 and is 370 m long. The lift is new, 2012. Tunnel entrance at Greenwich - 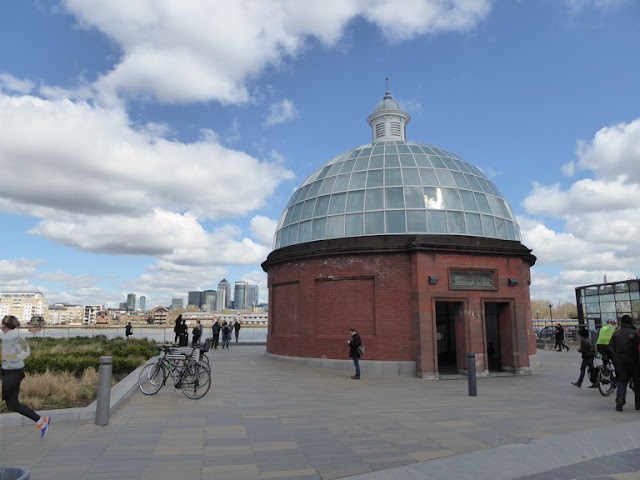 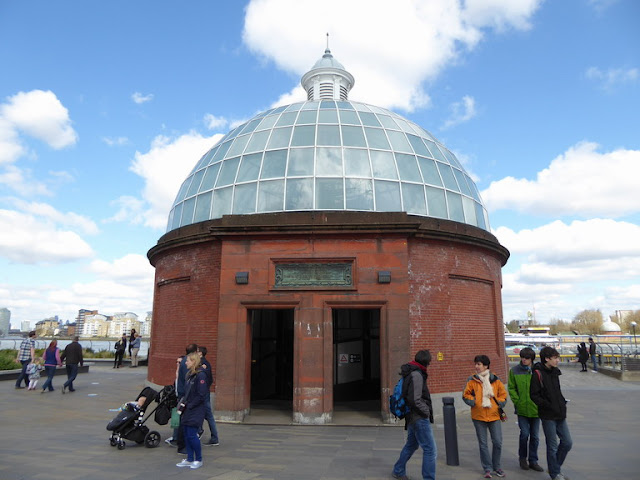 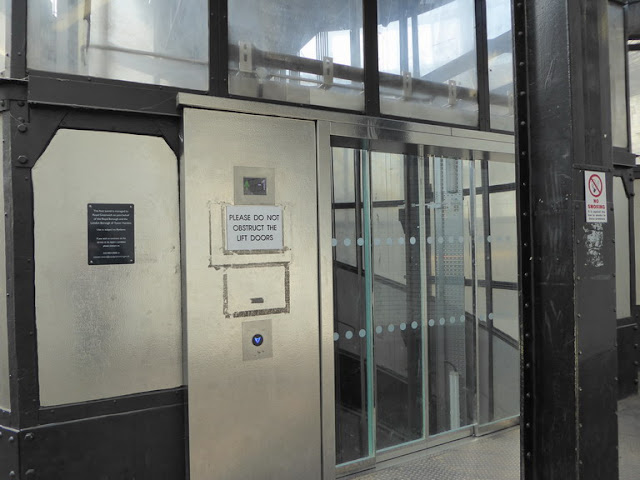 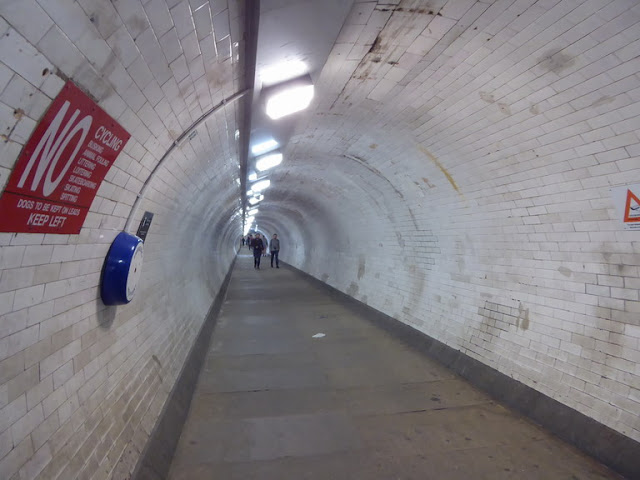 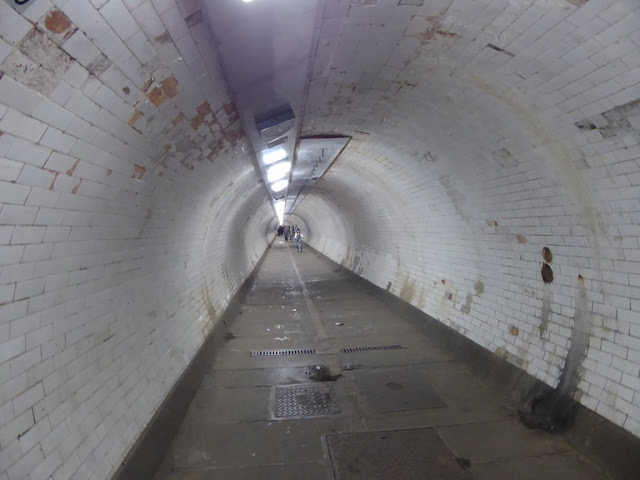 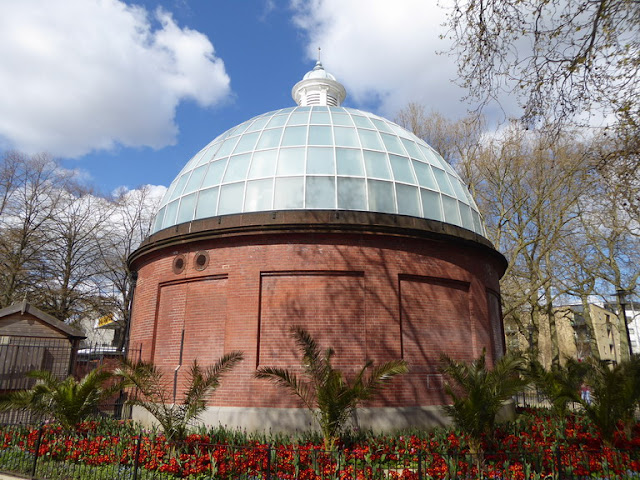 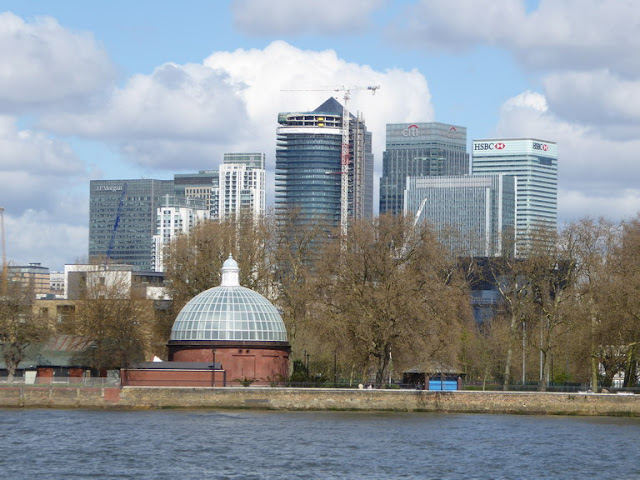 And looking  back across the river to Greenwich - 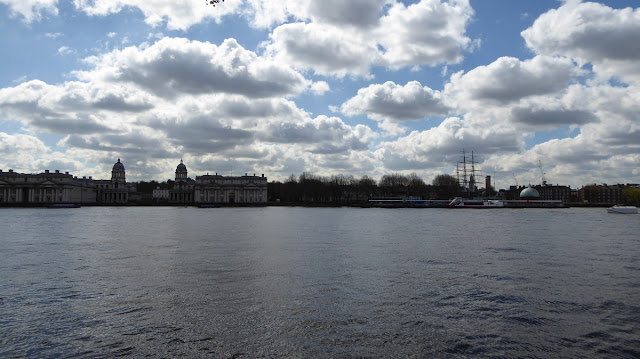 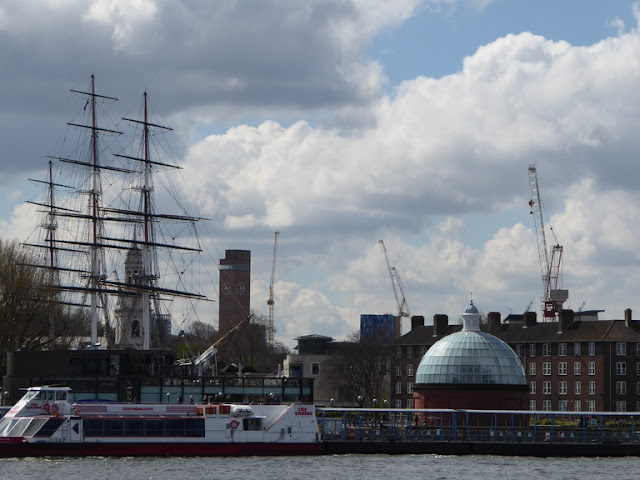 The Woolwich tunnel was opened in 1912. It is 504 m long. Both entrances to the tunnels are Grade II listed buildings. Entrance on the south side - 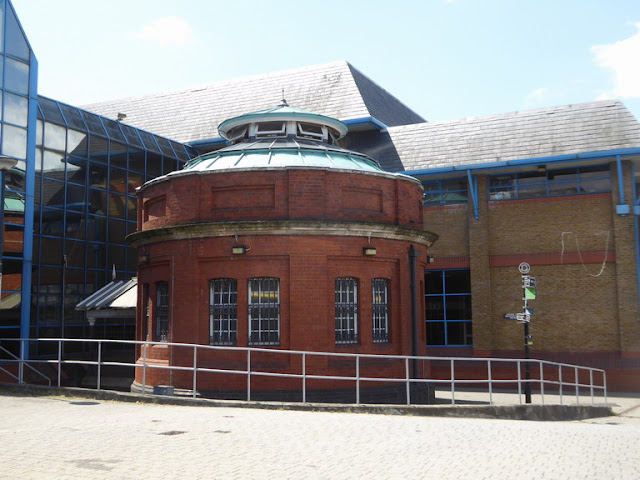 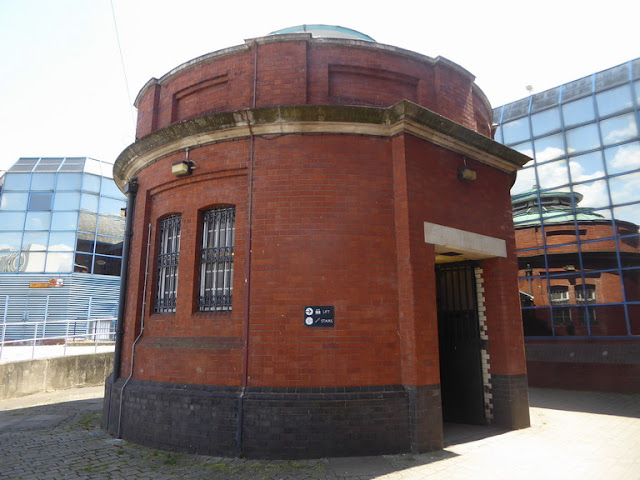 The lift on the south side - 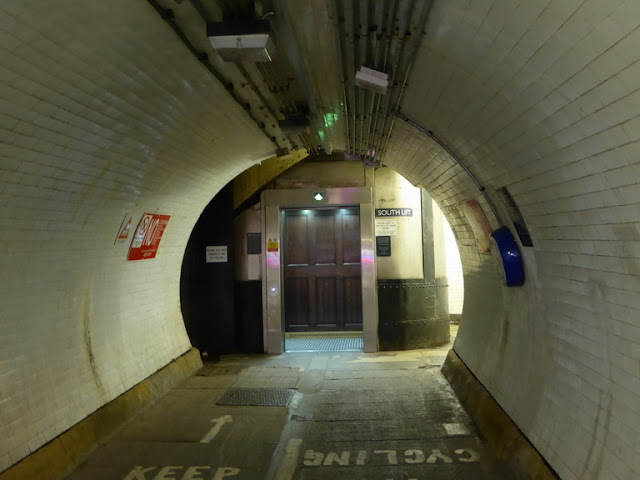 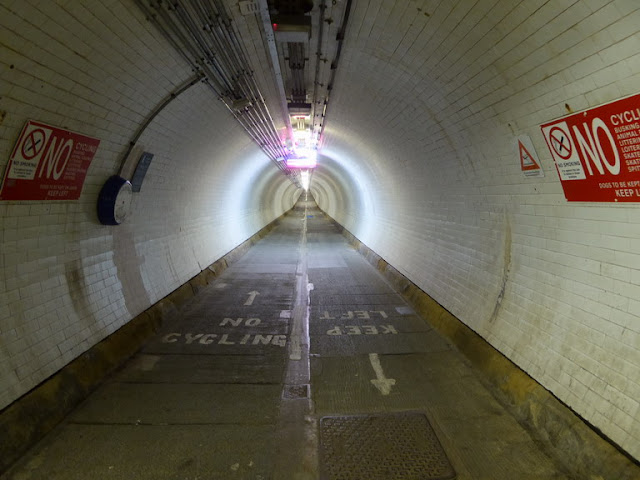 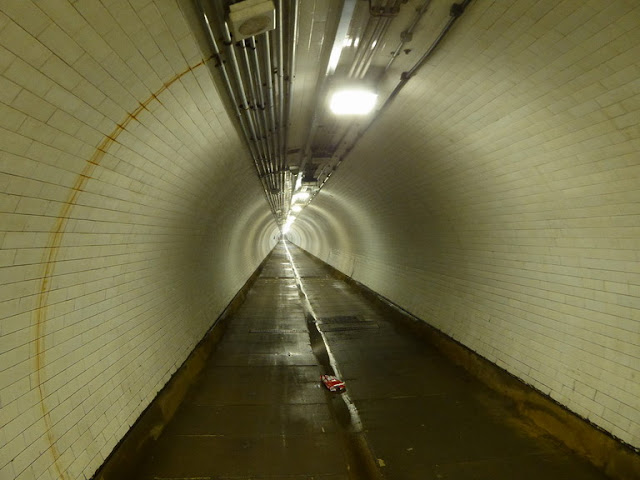 Lift on the north side - 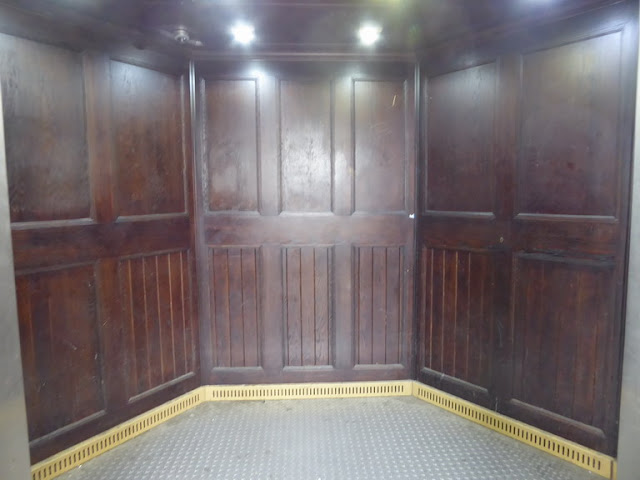 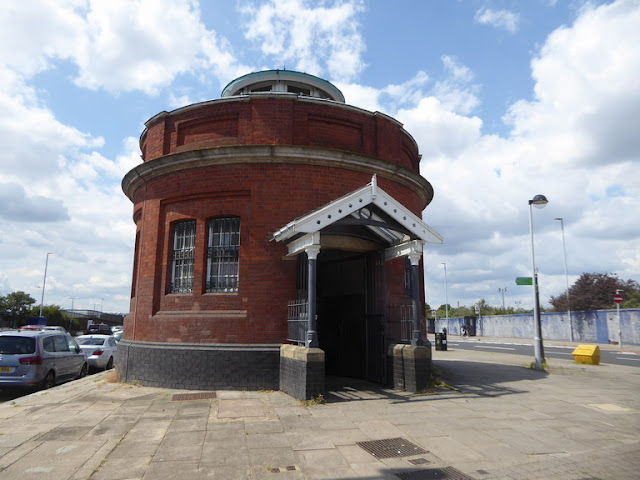 Posted by cavingliz at 5:45 PM