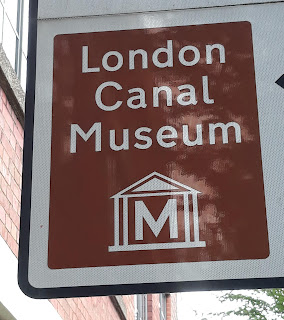 Having paid to enter the museum, I joined a group and listened to a short explanation  by one of the guides about the canals and the history of the use of ice. The two ice wells were built by Carlo Gatti around 1857 and 1863, to store ice imported from Norway.

The ice was brought from the docks by canal barge to ice warehouse, lowered into the wells where it could be stored for months, then later distributed to the Victorian customers by horse and cart. The museum entrance was originally used by the horse carts to deliver the ice.

Carlo Gatti was from the Italian speaking part of Switzerland, and came to London in 1847 aiming to open a string of restaurants. He did really well and had opened his first restaurant within 2 years and by 1855 opened the first of 6 ice warehouses. Gatti was born on 27 July so the ice well was opened on the 28th as part of the weekend birthday celebration.
A model of the 2 wells - 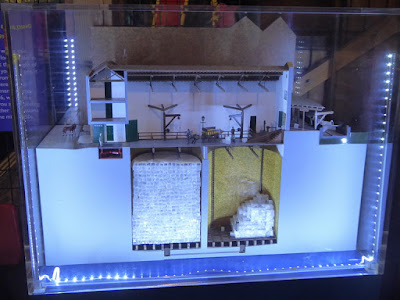 We were then allowed to descend 2 ladders to the well. We had to wear suitable shoes, i.e. no sandals, and were given a helmet. The ladders were very sturdy and well fixed!

The first well is the larger of the two. Both are circular within square area. The wells are 10 m across and originally 13 m deep. 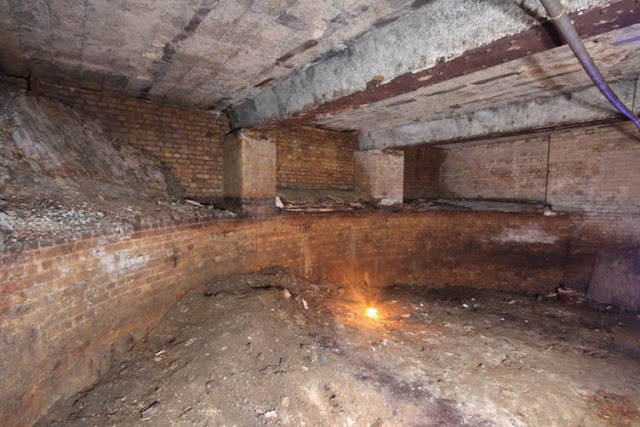 Looking up at the ground floor gallery - 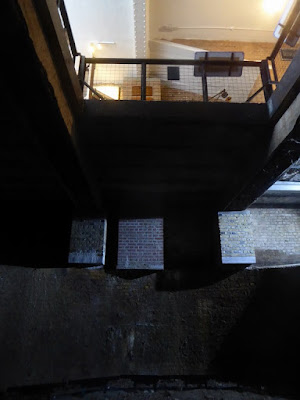 Some old timber. There has always been a slight seepage of water into the wells from the dock. 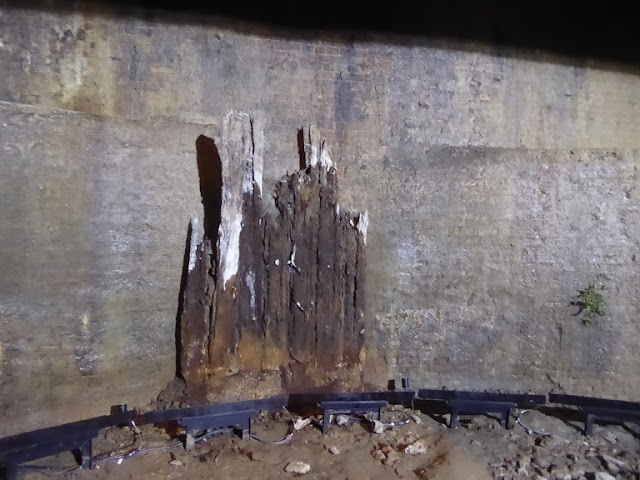 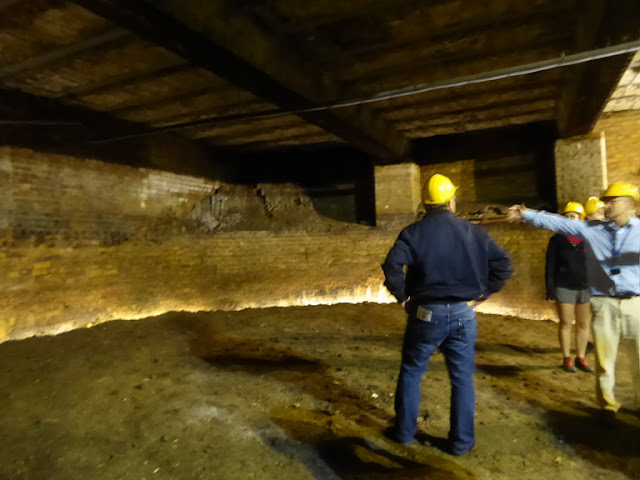 One of the brick pillars 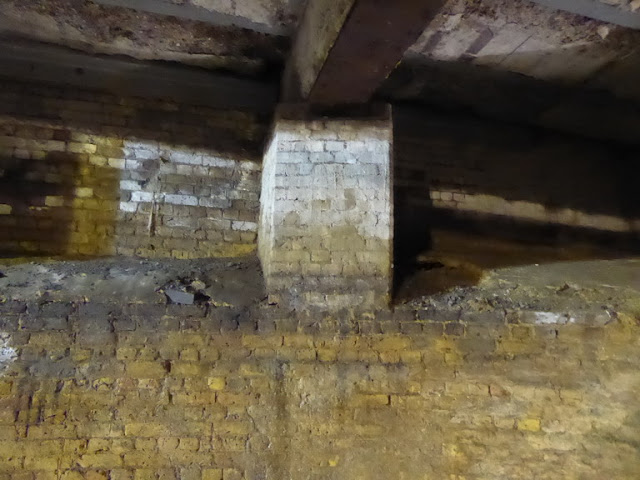 In the 2nd well, the bricks between the circular well and the square main walls - 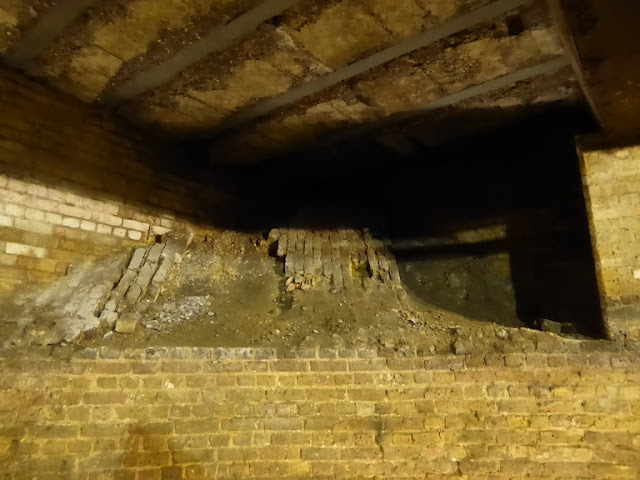 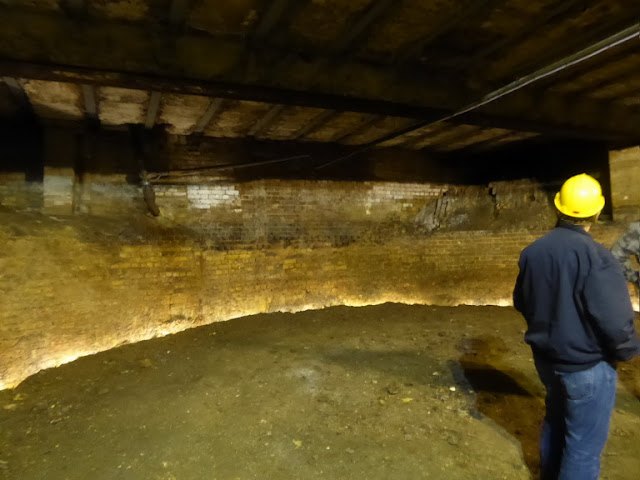 Looking back to the larger well 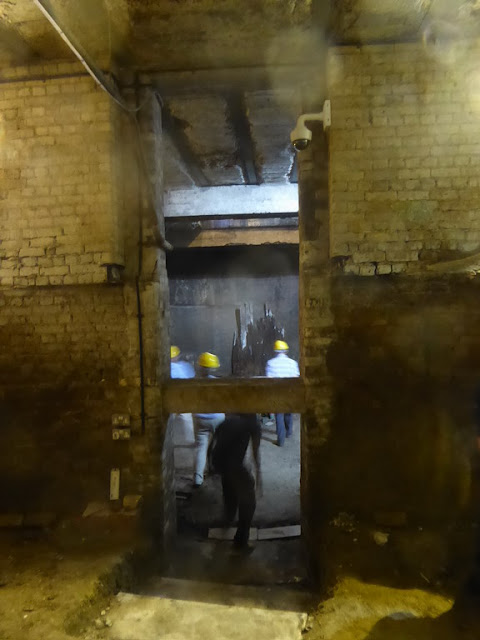 Battlebridge Basin outside the museum, this leads to the Regent's Canal Dock (now known as Limehouse Basin) - 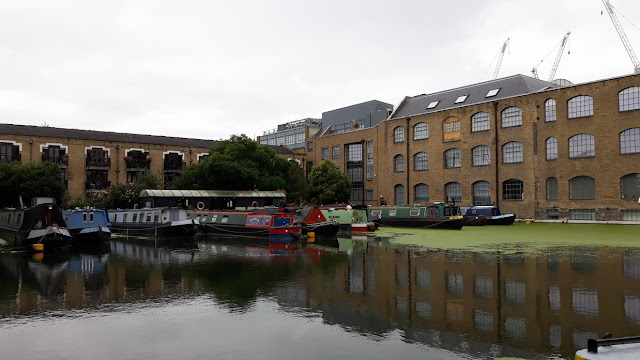 I then had a look around the museum which was packed full of displays and info boards. There is a replica horse ramp, this led up to the upper floor where the stables were. 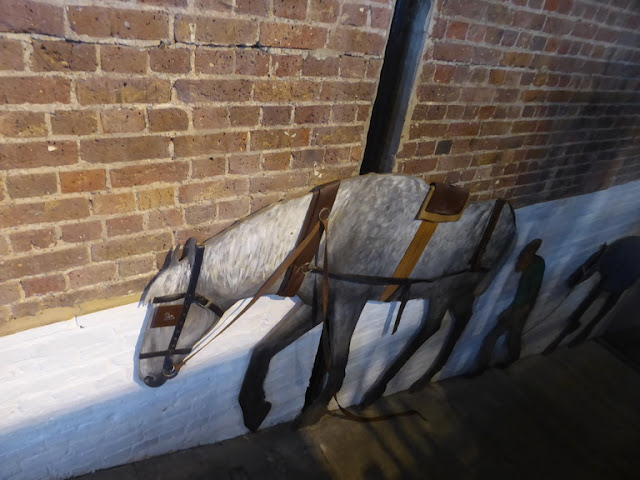 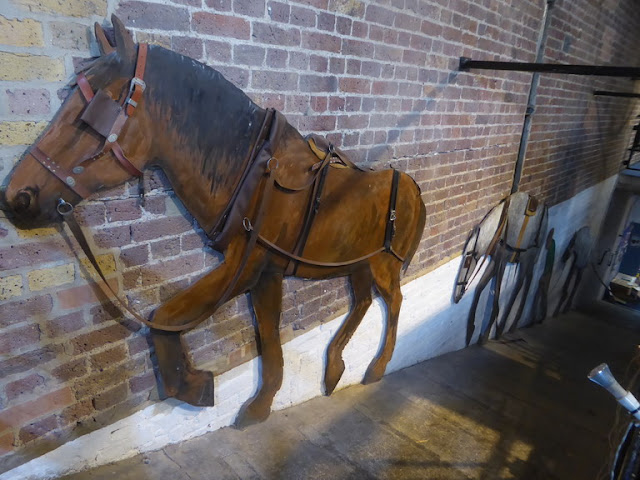 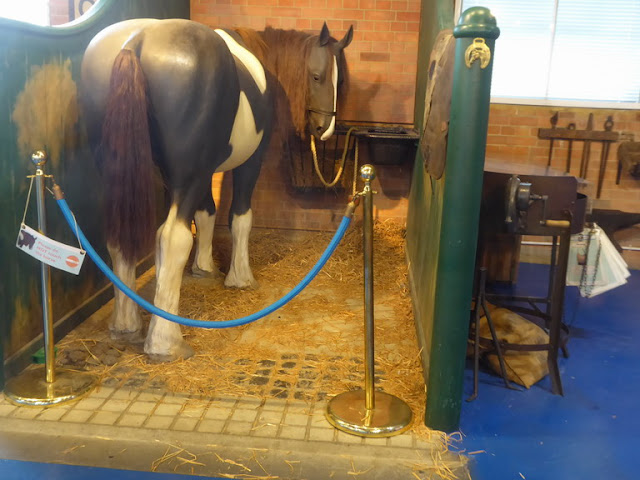 Also on the upper gallery is a large display of items relating to the ice trade.

See also my blog on the ice well at Manor House Gardens at Lee in southeast London.
Posted by cavingliz at 5:11 PM