There is an ice house in Manor House Gardens in Lee, SE London, in the borough of Lewisham.

The Manor House was built in 1772 as a private residence for Thomas Lucas who was an important man in Guy's Hospital. Today it is used as a public library. 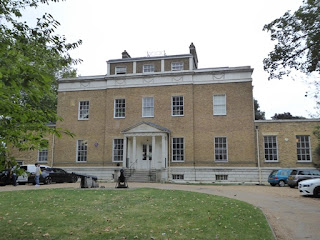 It is thought the ice house was built in 1773. Ice houses are buildings used to store ice throughout the year, mostly before refrigerators were invented. Some were insulated buildings, others were man-made underground chambers. They may have been close to natural sources of winter ice, if not, ice had to be transported in. During the winter, ice and snow would be taken into the ice house and insulated with straw or sawdust. It would remain frozen for many months, often until the following winter, and could be used as a source of ice during summer months.

It's not clear how long the Manor Gardens ice house was used for ice. At the end of the 19th century it was used as stabling for ponies belonging to a local builder. During the Second World War it was used as an air raid shelter for occupants of houses in Manor Lane. It was restored by the Lee Manor Society in 2000.

The ice house is made of brick. Ice would have come from the nearby lake. Access today is by a new staircase, this is looking in from the entrance - 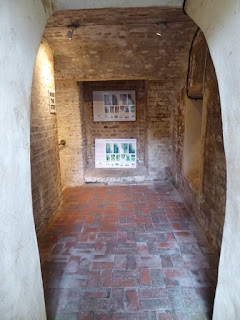 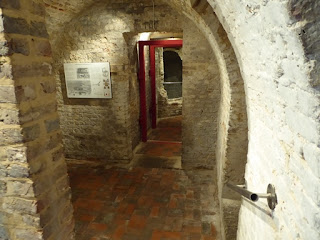 An ice well was linked by corridors to the ice stores - 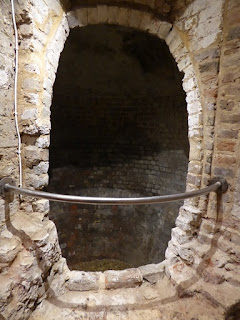