In March 1994 I was in the USA for the first time. My first night was spent in El Paso, which is a border town in the extreme western corner of Texas. It stands on the bank of the Rio Grande with the Mexican state of Chihuahua on the other side. The next day I took the bus to Carlsbad Caverns in New Mexico, it is 145 miles northeast of El Paso. The bus dropped me at White City near the Carlsbad Hotel and I then managed to get a lift to Carlsbad Caverns, 7 miles away.

The show cave entrance complex is situated in a hill overlooking the Chihuahuan Desert. 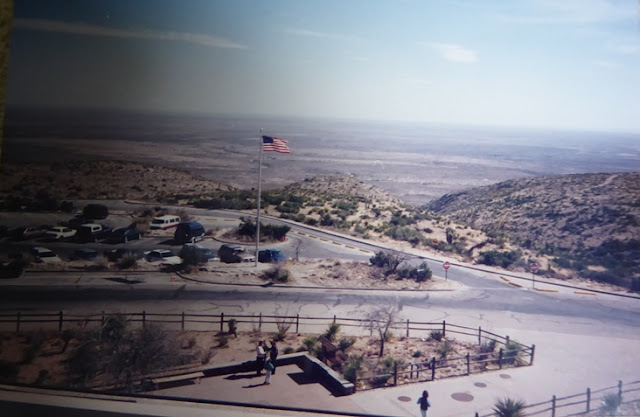 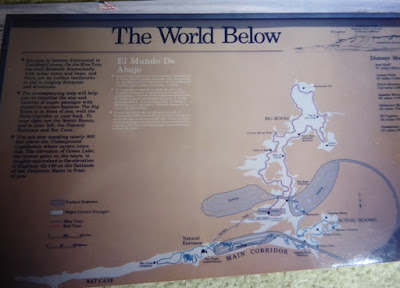 I paid for the Red Tour, $5 and took the elevator down 750' into the cave. I stepped out into a concrete world of shops, cafe, lunch room etc. A big chill immediately hit me as it was so much cooler than the outside.

I did the self guided walk of about an hour around the Big Room, which used to be the world's largest chamber until Sarawak Chamber in Mulu was found. The chamber is full of stal, some is huge. I saw the Bottomless Pit. 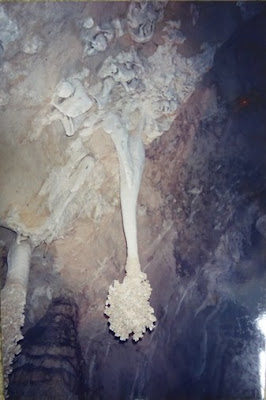 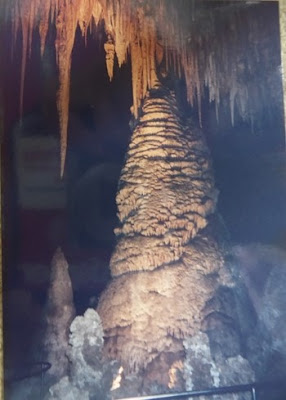 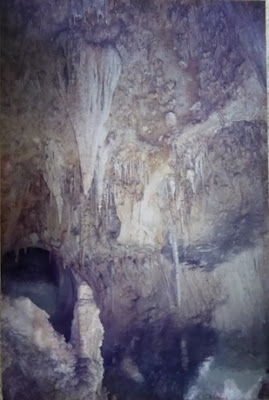 There was another tour, the Blue Route, which uses the natural entrance but the last tour was at 2 pm.

A very nice cave, one of the best I have seen, just a pity I couldn't see more. There was a good display in the exhibition area.

5 miles from Carlsbad is Lechuguilla Cave in the Guadalupe Mountains.

From Carlsbad Cavern I went to Carlsbad town, 27 miles away - 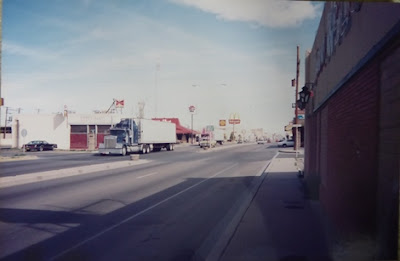 Posted by cavingliz at 5:22 PM