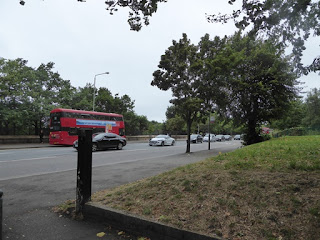 The Crystal Palace was the huge iron and glass building used for the Great Exhibition in 1851 in Hyde Park. After the exhibition it was rebuilt at the top of Sydenham Hill in 1854 but was destroyed by fire in 1936.

There were 2 stations serving the Palace, one was the low level station and the other was a new high level one built in 1865 on the western side of Crystal Palace Parade. The subway was then built for access to the Palace. Image of the railway and Palace from Illustrated London News - 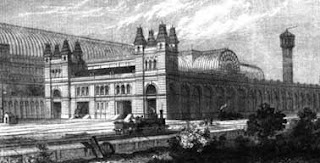 The Subway was designed with groined arches of coloured bricks and stone, resting on 15 columns. It was meant for first class passengers. It led to a roofed vestibule and 4 staircases. It opened at the end of 1865.

During the Second World War the subway was used as an air raid shelter. The subway was modified to provide sleeping areas, a canteen, lavatories and drains. The High Level Station closed in 1954. However the subway was still used as a short cut to access the motor racing in the park.

The subway survived but the roofed vestibule didn't. In 1972 the subway was listed by English Heritage. And since then it is slowly being restored. 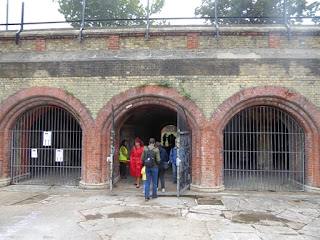 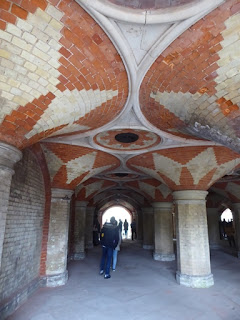 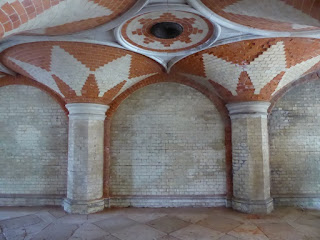 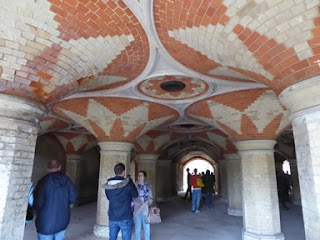 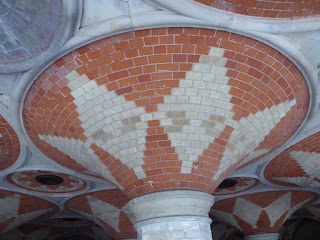 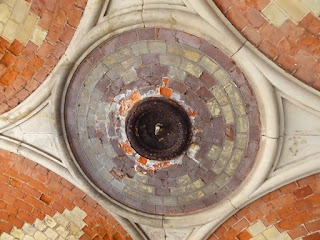 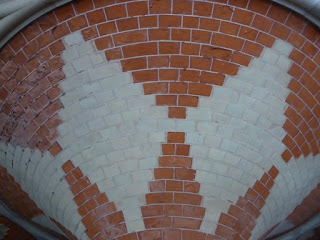 Looking out to where the roofed vestibule used to be - 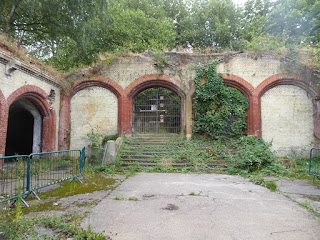 And looking back at the entrance - 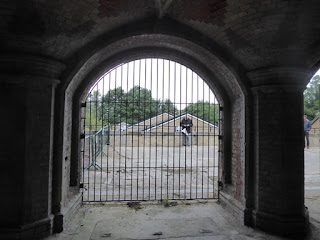