Barbados in the Caribbean is one of the Windward Islands. Unlike other Windward islands, only Barbados and Martinique have caves. 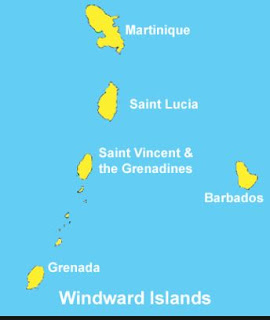 Barbados is not volcanic, it is composed of coral limestone, which is relatively young.

Harrison's Cave is a show cave. I have known about this cave for many years,since I started collecting cave stamps.

Harrison's Cave is formed from a type of crystallized limestone, and is undoubtedly one of the most
spectacular natural attractions in the entire Caribbean. Harrison's Cave has only been accessible to the general public in recent years and has had extensive refurbishment and renovations. It is located in the central uplands. 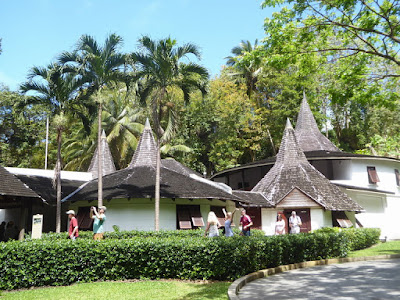 Firstly you enter the Visitors Centre, which gives info on how the rocks and cave was formed. Then you are taken into a theatre to watch a short film on the formation of Barbados and how the caves evolved.

Next everyone is given a helmet and hair net and you board the electric tram that will take you down into the cave. 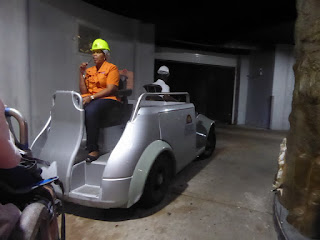 The tunnel is surprisingly high and it was hard to see what has been blasted. The lighting was done quite well, with the lights hidden by 'frames' camouflaged to look like part of the cave. The guide
gives a commentary as the tram progresses. There is one large chamber. The cave was surprisingly wet (March) and water was dripping from the roof and the steams were quite active. The cave is warm and humid.

A stop is made in a chamber with some nice stal and a stream. 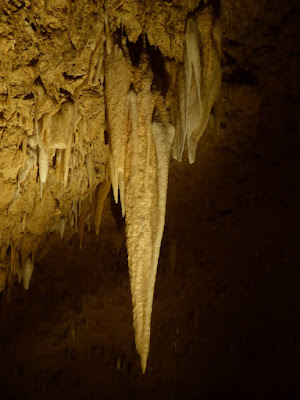 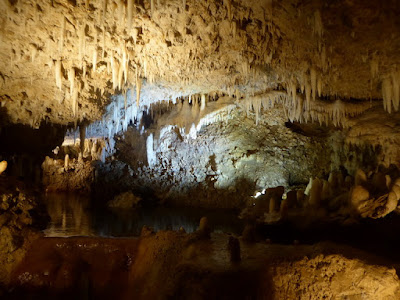 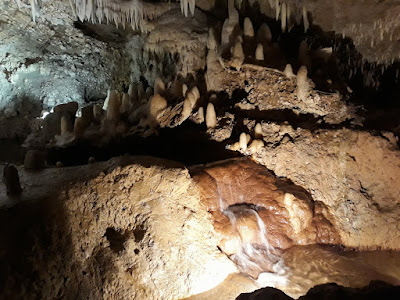 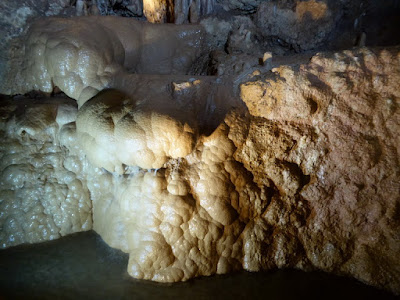 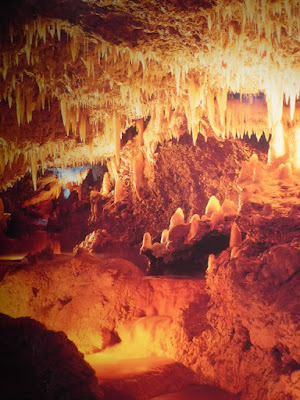 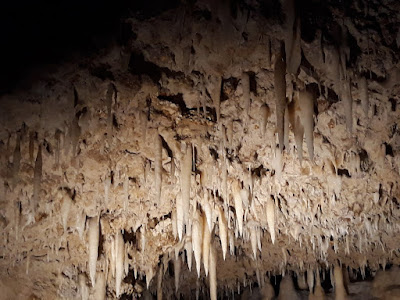 Further on there is nice flowstone. But overall we didn't see much stal and the water features seemed rather artificial. The last stop is at a small lake - 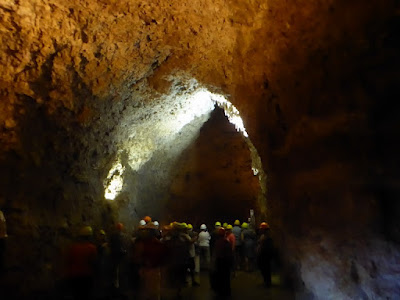 The return is the same route as the inward journey. back in the info centre, you then take a high outdoor elevator back up to the ticket office, shop and the car park level. 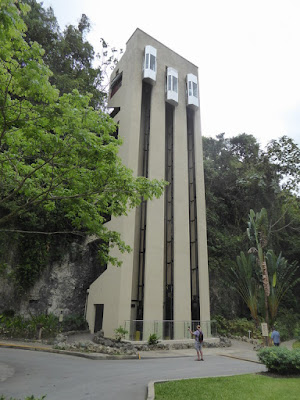 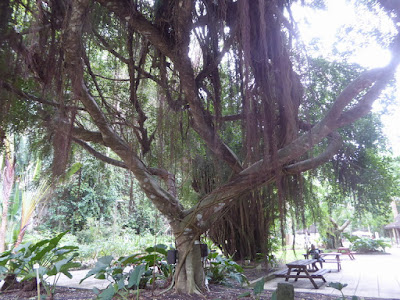 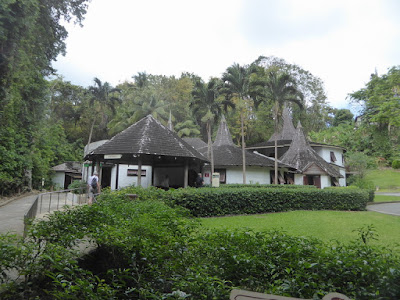 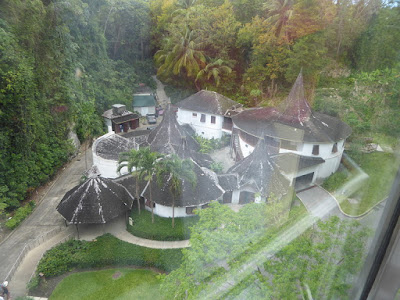 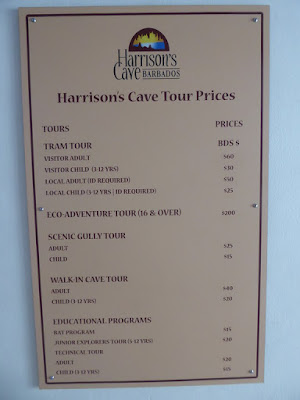 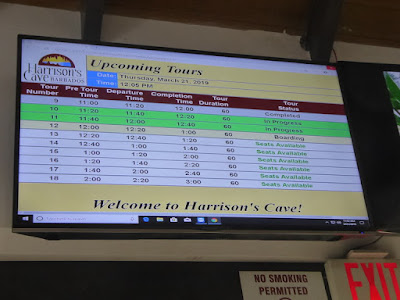 
Update
An article on Harrison's Cave on Ancient Origins July 2019.
**
Barbados became a republic 30 Nov 2021, on the 55th anniversary of its independence.
Barbados gained full independence on 30 Nov 1966, which meant that the Queen ceased to have sovereignty over Barbados. So the hereditary title of the Queen of Barbados was replaced with the elected position of the President of Barbados.
Posted by cavingliz at 5:40 PM