The Azure Window on Gozo has collapsed

The famous limestone rock arch known as the Azure Window on the island of Gozo has collapsed. Gozo is Malta's 'sister' island. The Azure Window was one of the main attractions on Gozo but collapsed into the sea in a storm on 8 March 2017.

Known as Tieqa tad-Dwejra in Maltese, the rock arch was an icon of Malta and internationally known. Not only did the arch collapse, but the stack also disappeared.

In good weather tourists used to walk over the arch. The arch as it was, photo from The Telegraph - 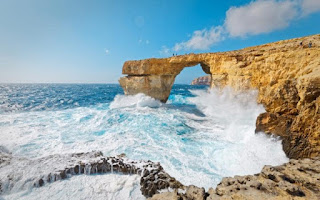 Photo from Times of Malta - 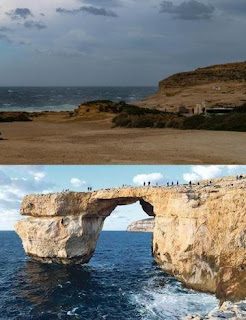 It seems there was a raging sea and the arch collapsed into the sea. Even the stack disappeared as well. The Maltese Prime Minister and other ministers all expressed their sorry soon after it happened.

In 2013 geologists knew the areas was suffering from erosion but the arch was expected to last for decades. In 2016 people were no longer allowed to walk across the bridge. A nice photo of the arch as it was at low tide, taken from NYT - 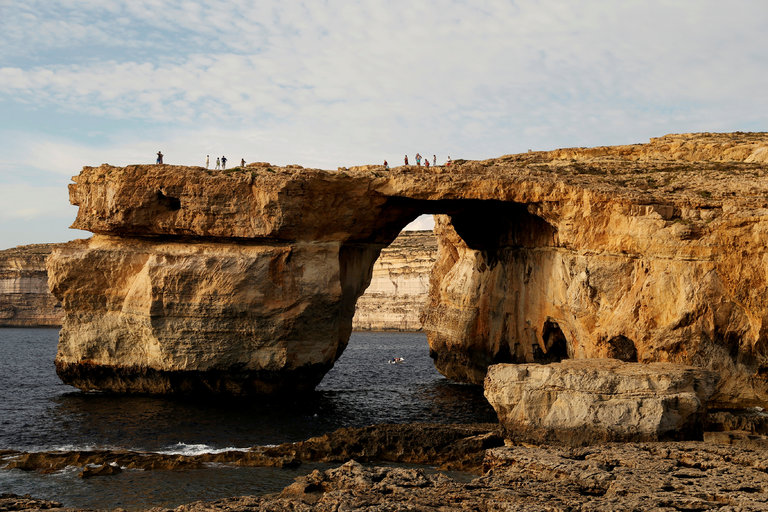 I visited Malta in 2015 but didn't have time to go to Gozo and also the weather wasn't at it's best in January. And unbelievably I had already booked to go to Malta on 14 th March and had intended to go to Gozo. I will still go - but I won't be able to see the Azure Window.