"Journey back in time through the original tunnels and station platforms of London's 100-year-old postal railway. Take a ride on Mail Rail and experience 15 minutes of immersive underground exploration." 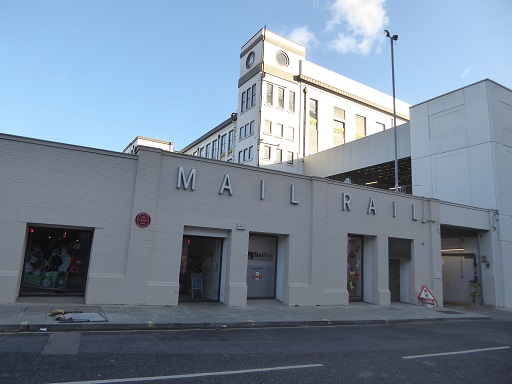 The Mail Rail ride goes through the original tunnels that were used by Royal Mail for moving mail around London.

Birth of the Post Office (London) Railway - later called Mail Rail :
London's streets were so congested by 1909 that mail travelled at less than 7 mph. Construction of a new electric underground railway began in 1914. Tunnels were 20 m below ground and linked major sorting offices directly with mainline stations. Driverless mail cars ran up to 30 mph on a 2 ft (0.6 m) gauge railway. After wartime delays the railway opened in 1927 and ran until 2003. It was later opened as a tourist attraction.

The Mail Rail is located across the road to the Postal Museum, by the Mount Pleasant sorting office, WC1. This is in the borough of Camden.

From the ticket desk and shop you go downstairs to the railway. You are not allowed to take any bags on the train, but there are lockers available. Waiting for the miniature train - 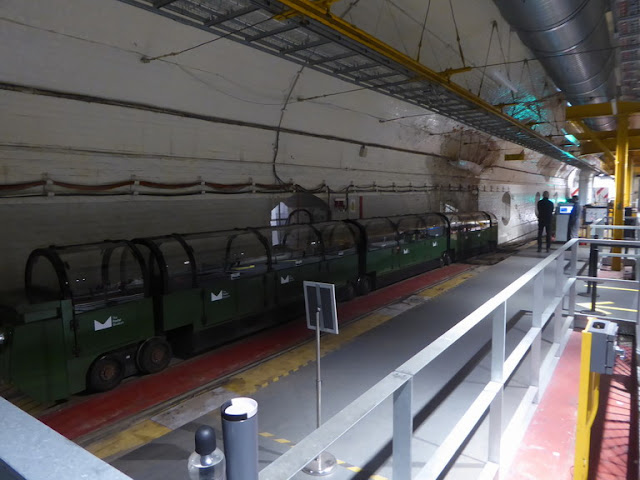 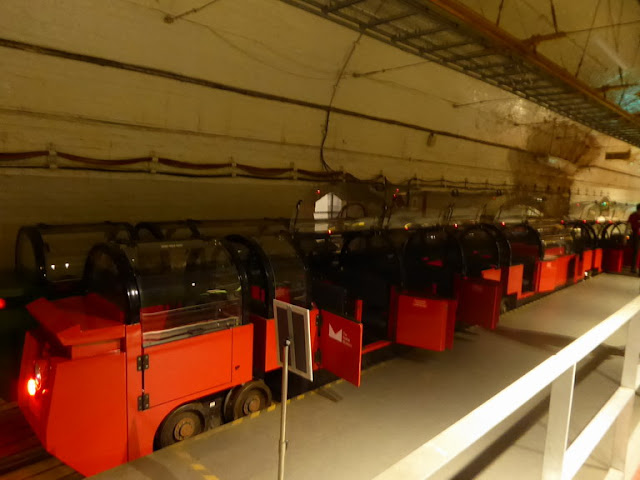 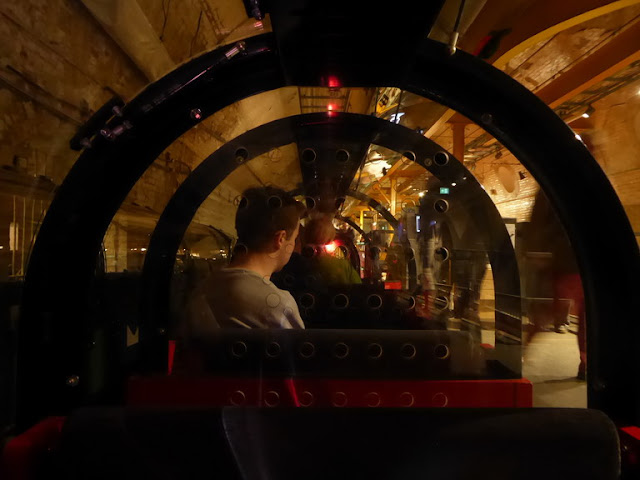 At the first station platform we are told about the workers and than have a theatrical experience where a film of the workers and the story of the railway is played on the walls. I visited in Dec and the theme was Christmas related. 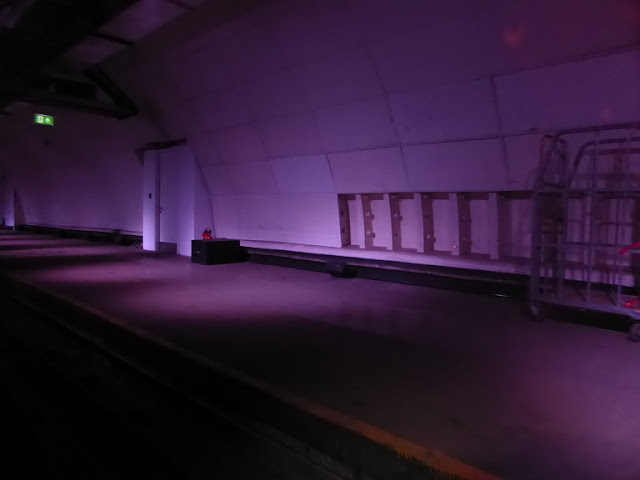 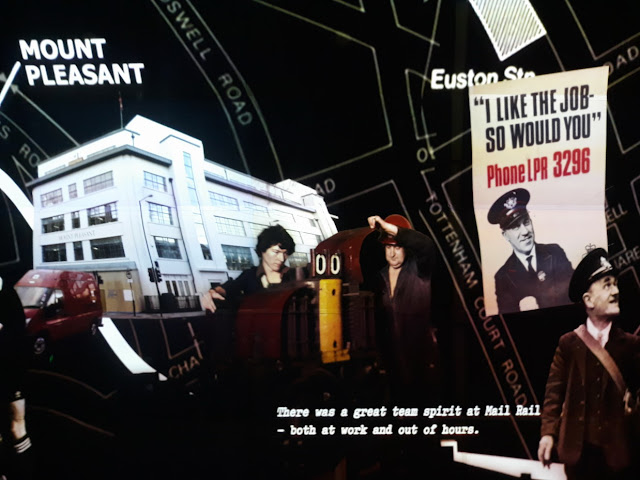 A junction with another tunnel - 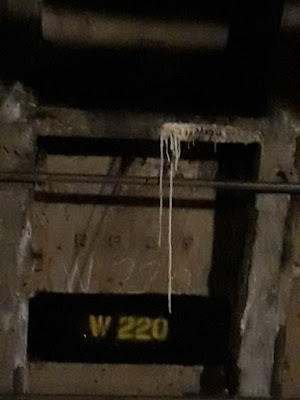 The 15 minute ride goes around in a loop. Back at the start - 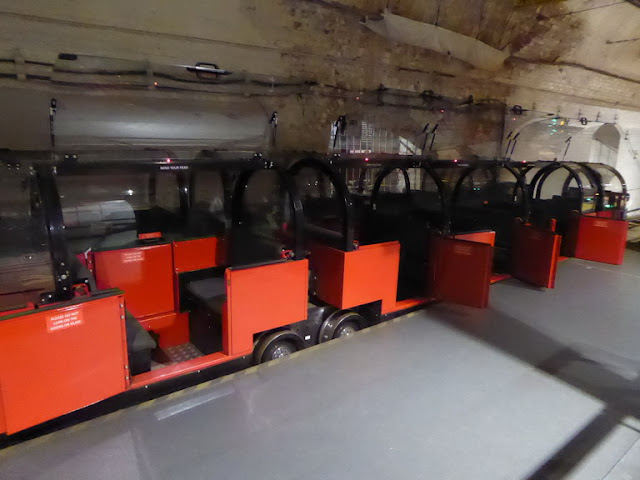 Watching the next train depart -

You then walk around a large exhibition area. This is designed in a fun, interactive way, with lots of working models with buttons and levers to press and pull, and you can dress up in old railway workers clothes.
This is a map of the line, from Paddington to Whitechapel in the east - 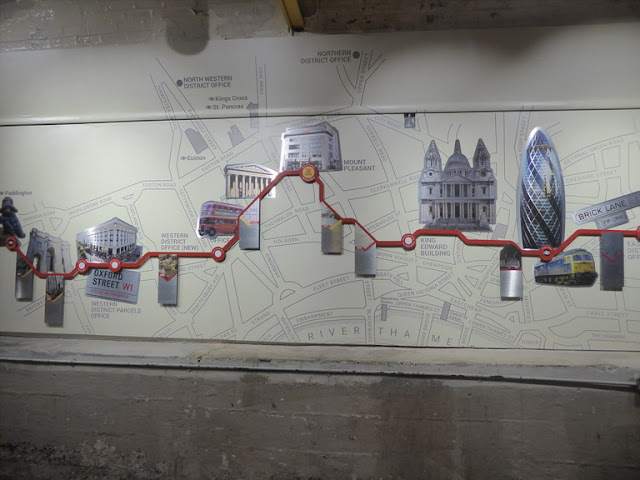 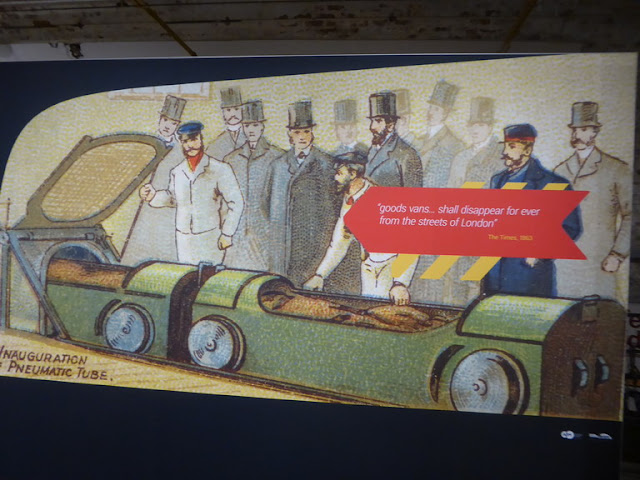 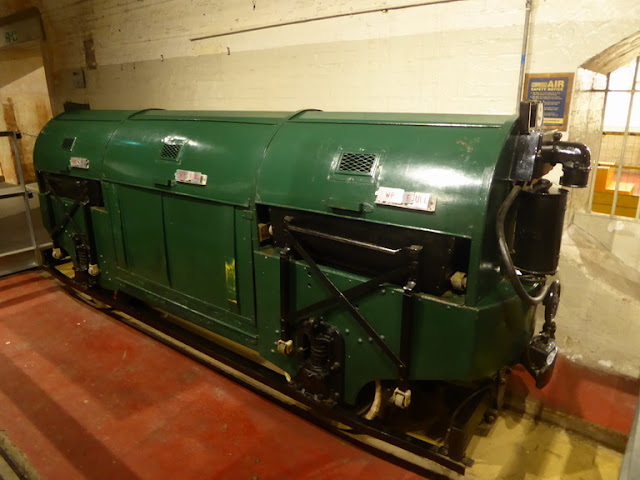 The train with postal bags - 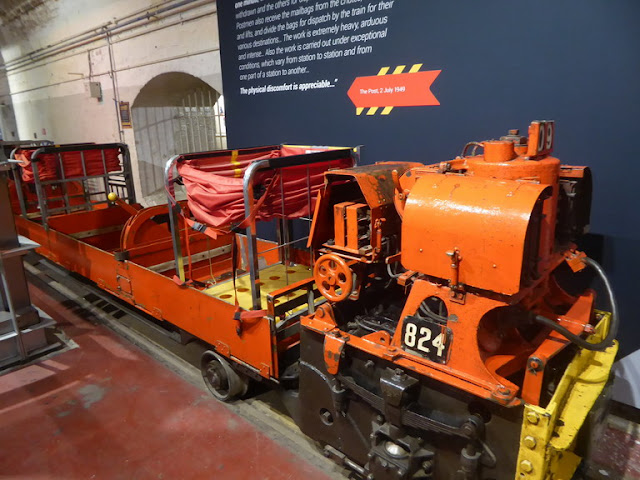 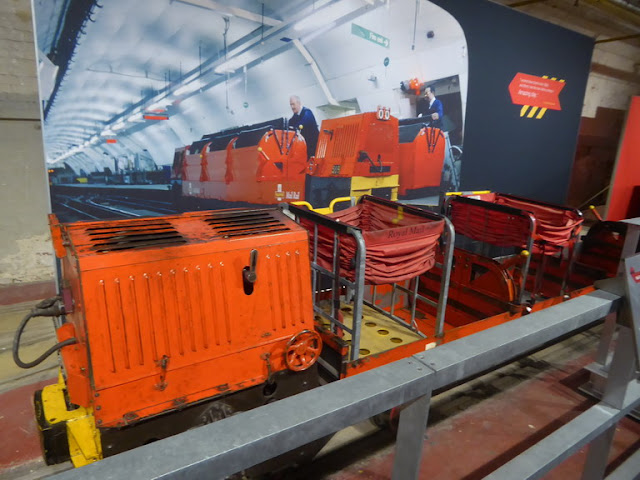 A sorting office on a train carriage, the floor moves and you can play a game of putting letters into the relevant pigeon holes as fast as possible - 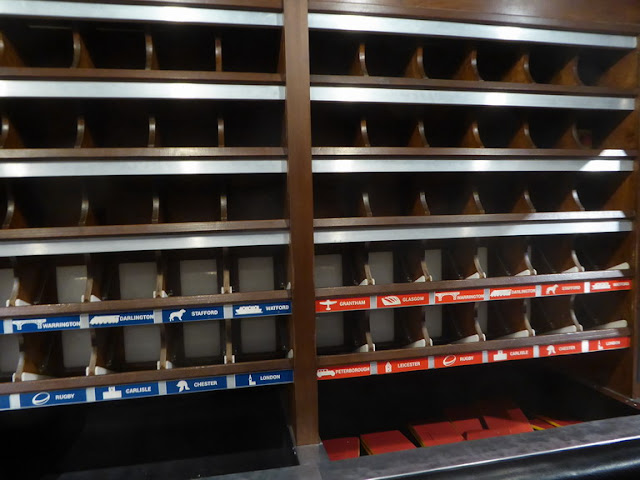 It was a fun and interesting visit.
Tickets are £16 online, or £17 at the desk. You can also have an audio tour. The ticket includes entry to the Postal Museum which is across the road. This is full of many exhibits and interactive displays and well worth a visit -

Posted by cavingliz at 6:08 PM