The Rock of Gibraltar is a large block of Jurassic limestone rising up to 426 m out of the sea. There are lots of small caves. St Michael's is the best known, it is well decorated and opened to the public as a show cave. I first went there in 1967.

Gibraltar is a British Overseas Territory, located off the south coast of Spain - 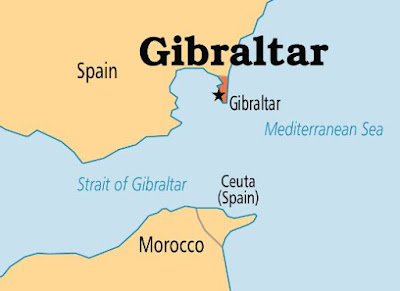 The Rock, with Spain in the background - 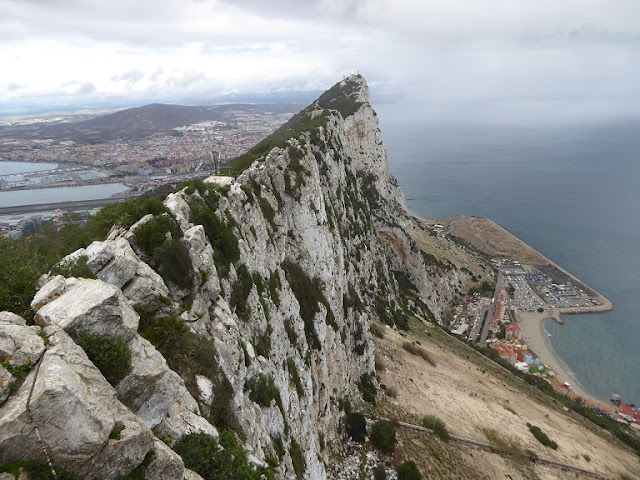 St Michael's Cave is located in the Upper Rock Nature Reserve. In 2019 I went to St Michael's as part of a tour and we only had 20 minutes at the cave which wasn't long enough. The small parking area is right below the stairs that lead up to the cave. 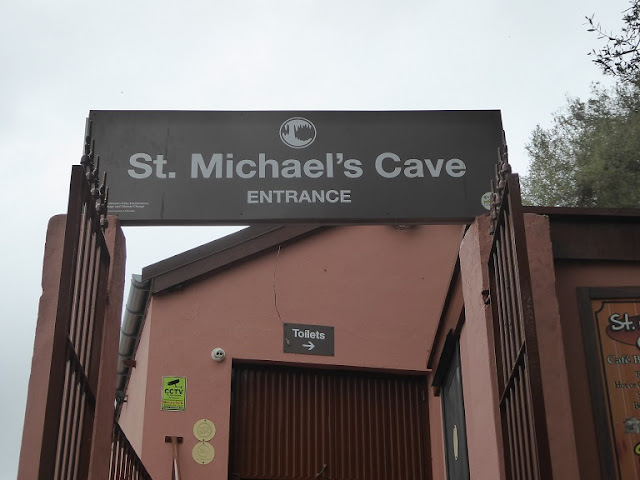 A few steps down into the main chamber, Cathedral Cave. This has seating for 400 people and is used as an auditorium for different types of shows and concerts. In 1967 I saw a son et lumiere here.

The show cave is basically this large chamber with a couple of short loop passages off. The whole cave is absolutely full of formations and is really beautiful. 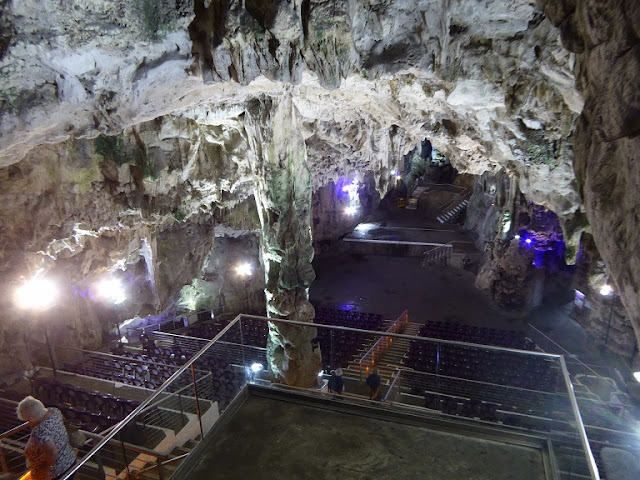 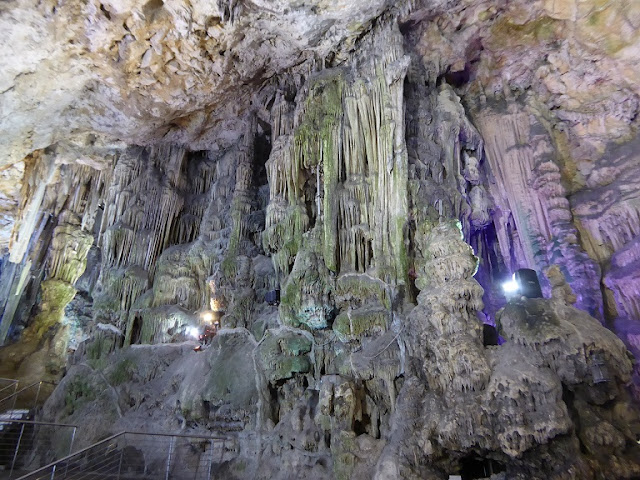 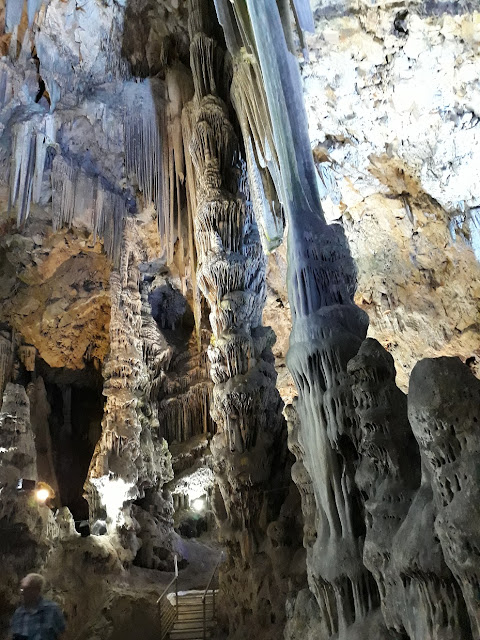 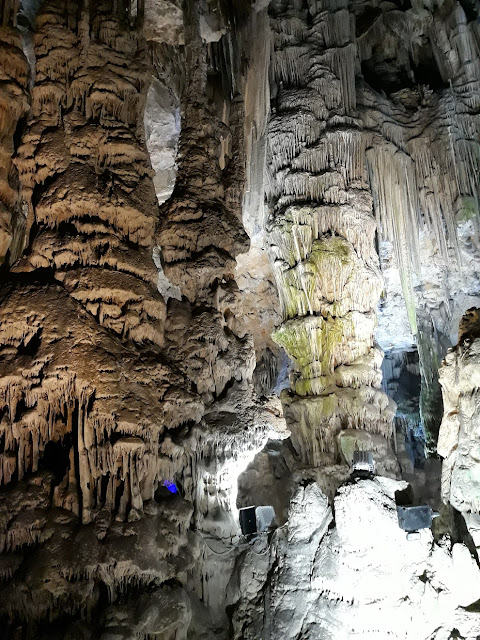 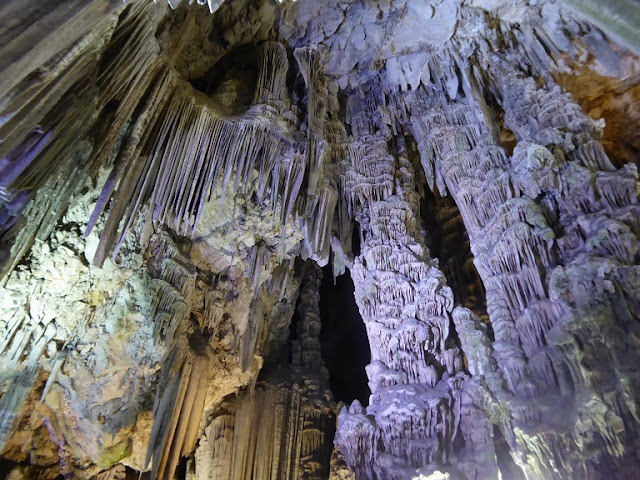 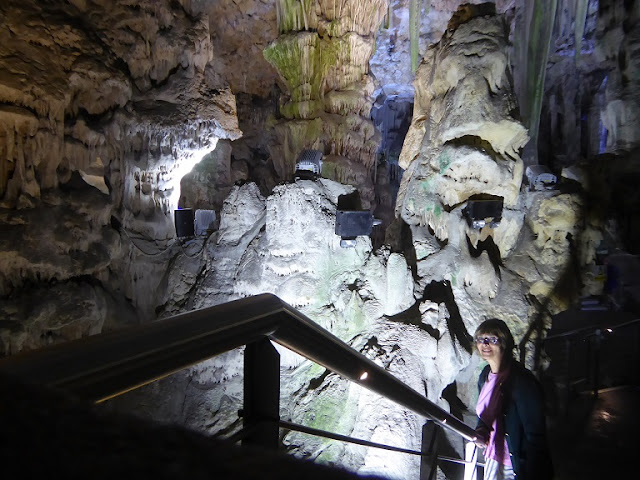 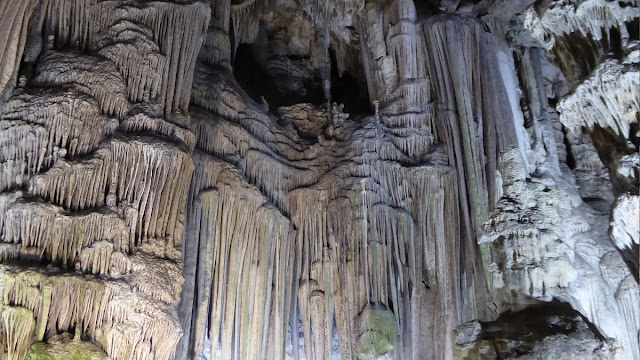 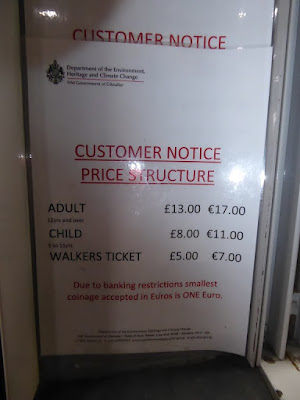 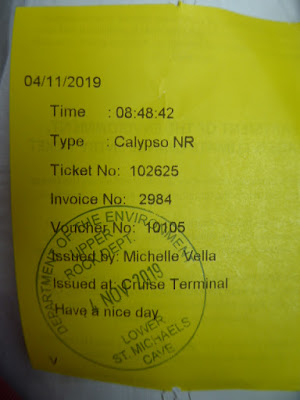 Outside are a lot of Barbary Apes, including this one sitting in the exit, hoping someone will have some food - 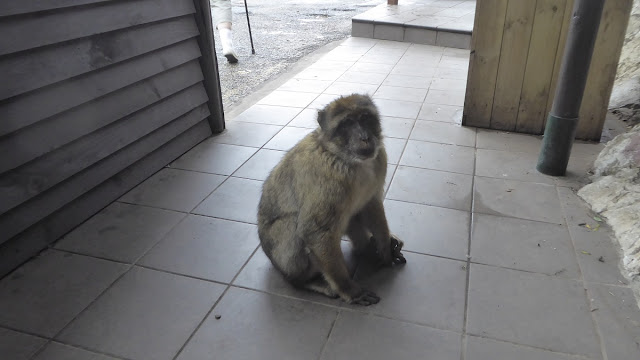 See more on St Michael's Cave . And my blog on the Gibraltar Barbary Apes.