Majorca is the largest of the Balearic Islands and lies off the southeast coast of Spain, in the Mediterranean. Much of the island is limestone and there are several caves open to tourists.

In 1968 I visited the Caves of Arta on the east side of the island. And more recently I went to the Caves of Drach, which are south of Arta. 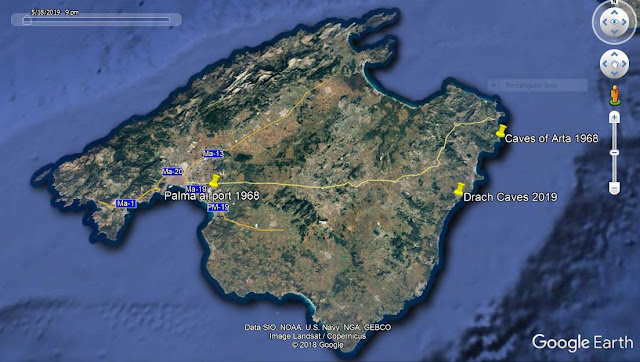 Driving across the island from Palma, there is no obvious sign of limestone. The Caves of Drach are located on the outskirts of Porto Cristo and are the most famous of Majorca's cave. Cuevas del Drach or Dragon Caves were first explored by Martel. 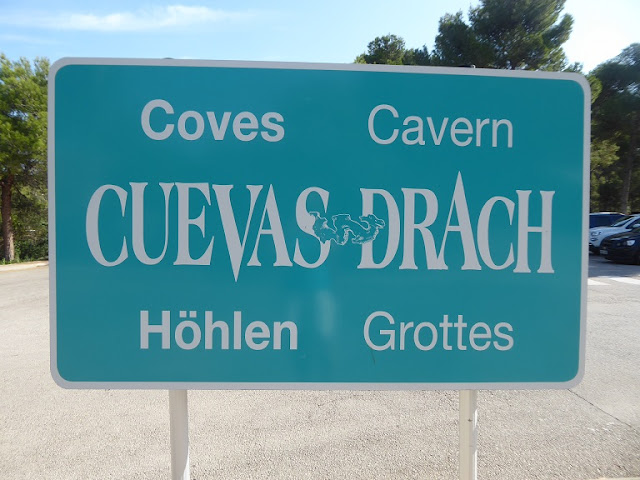 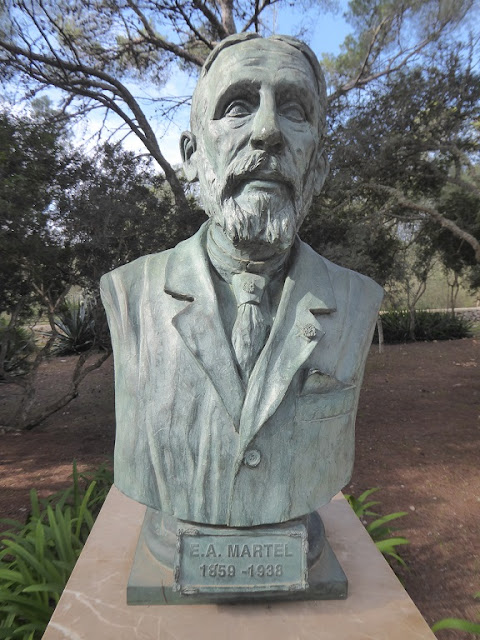 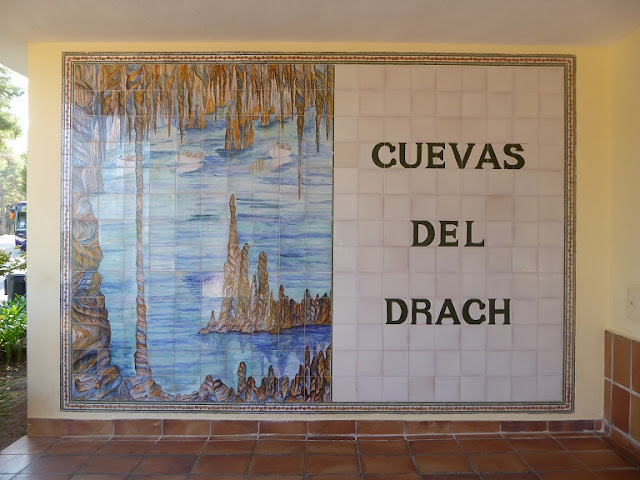 I was on a group tour so our tickets had already been bought for us. I was horrified to see the large number of people waiting to go on the 11 am tour, including a school group. So it was just one long line of people through the cave.

Quite a few stairs lead down into the cave. The cave is really stunning, packed full of formations absolutely everywhere. Huge numbers of straws and thin stalactites. 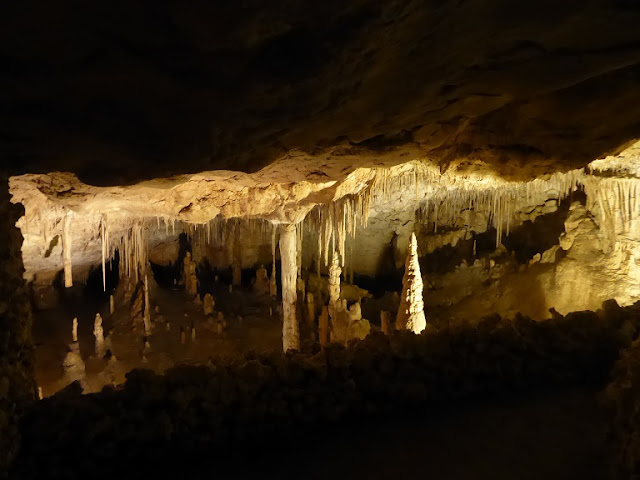 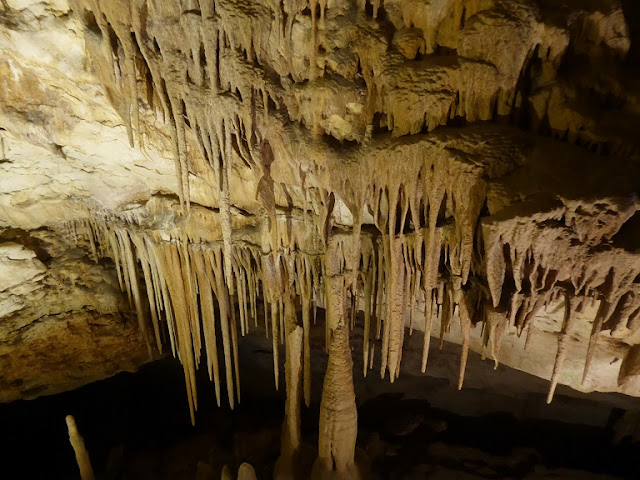 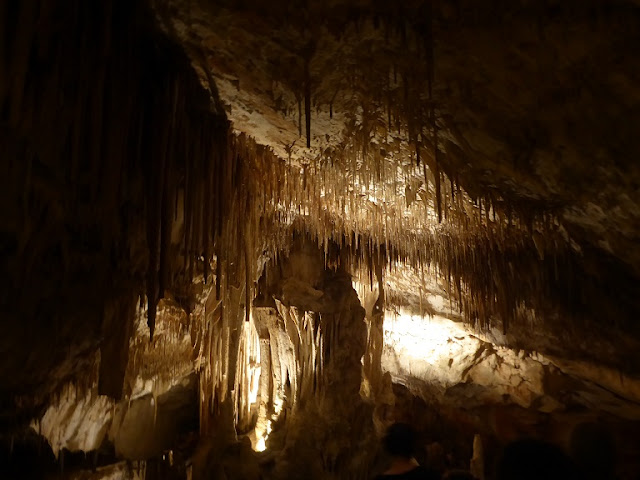 The lighting was well done, thankfully without coloured lights. The cave was quite warm, probably due to the huge  number of visitors. 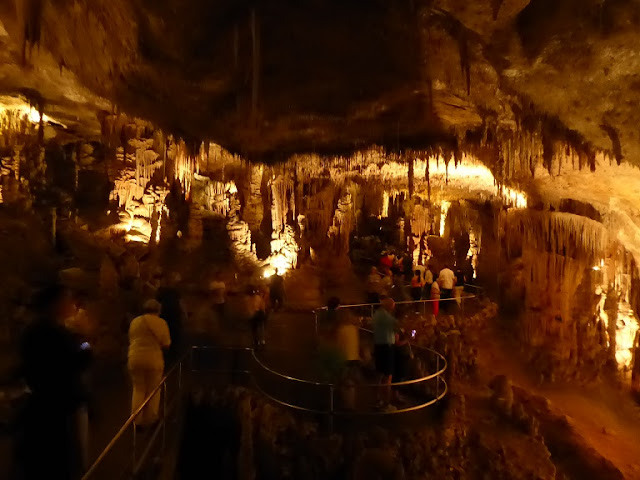 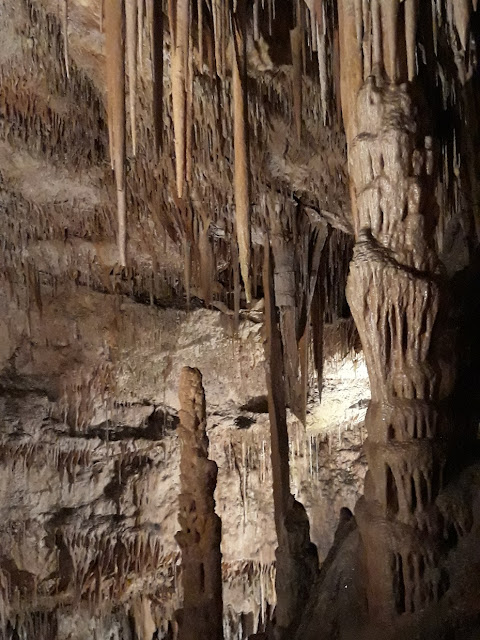 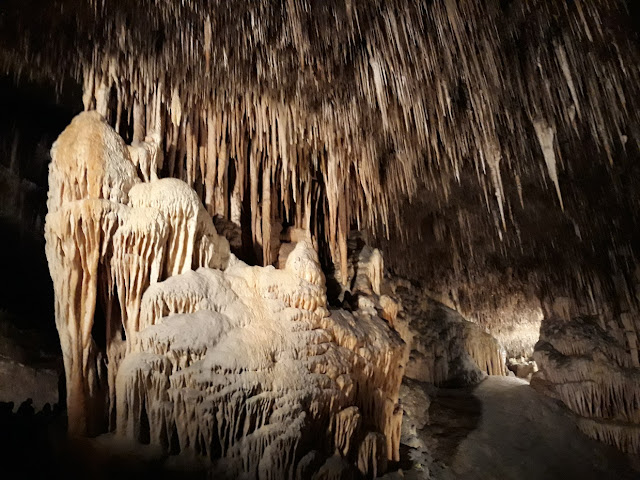 Guides were scattered throughout to keep an eye on people and to keep them moving. 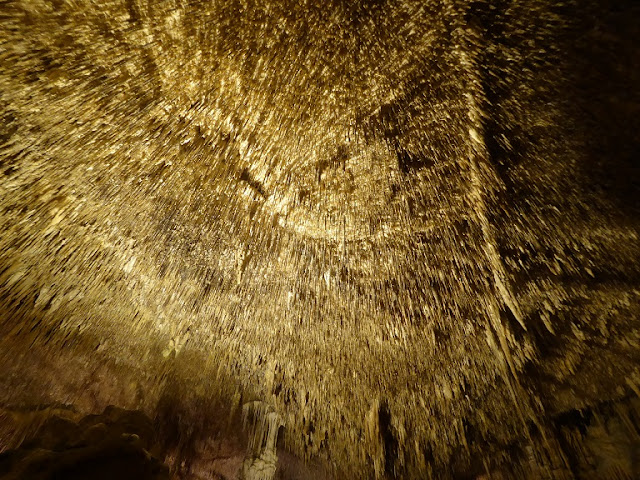 Looking down into the lake - 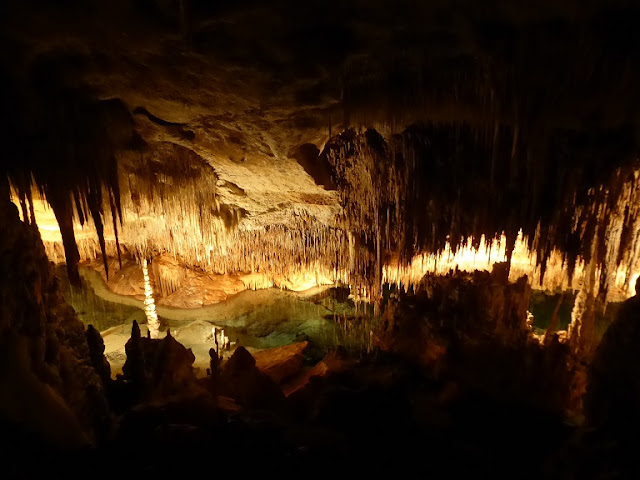 We came to a huge seating area and it took ages for everyone to come in and sit down. Then 3 boats came towards us from across the lake, with musicians in one boat playing classical music. It was really atmospheric. This lasted for about 10 minutes.

You then have a chance to go for a ride on the boat but as there were so many people I didn't bother and made my way out. There were less people in this section as many were still in the concert hall.

Back at the entrance I had a chance to see the ticket office. Normal entry is €16, and €11 on a group tour. 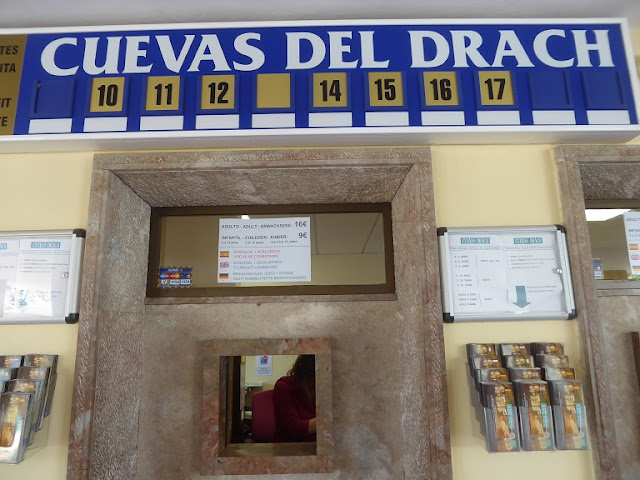 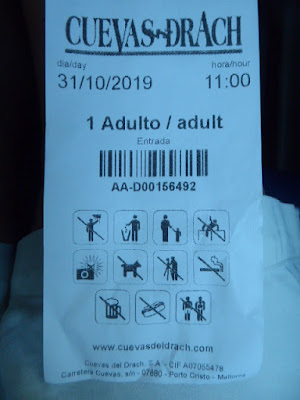 We then went into Porto Cristo and I had time to visit a tiny cave marked on my map. Black Cave is a sea cave, once used as a store for fishermen. It is located at the end of the beach - 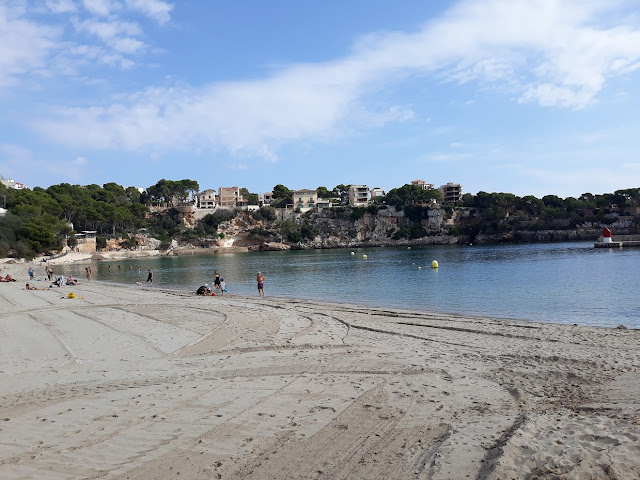 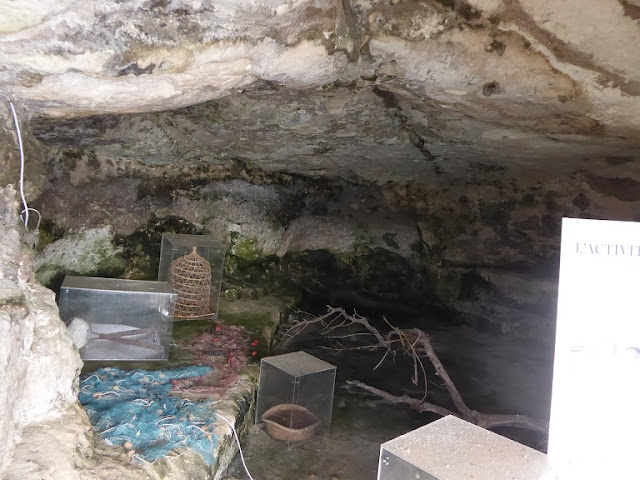 Next to it is another tiny cave - 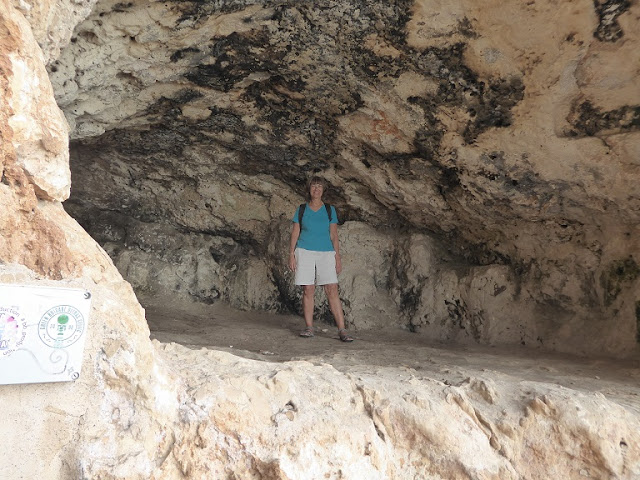 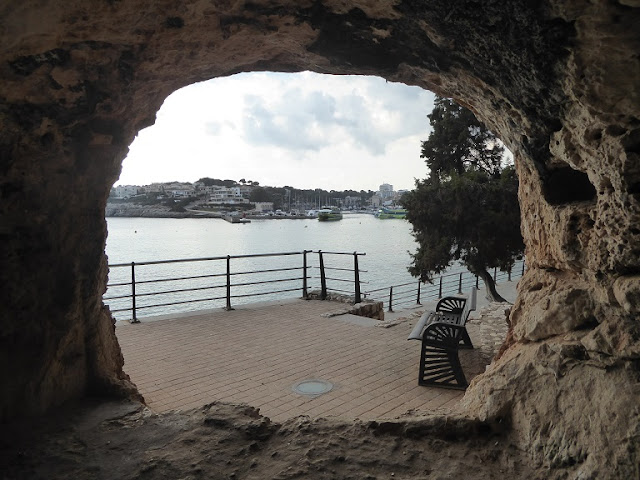 See more on the Caves of Drach and also the official website.
Posted by cavingliz at 7:35 PM