I watched the 2014 video Secrets of Underground London and it showed a couple of places new to me. One was the London Silver Vaults.

The second place new to me is London's Roman amphitheatre. This is now underground although of course when it was used in Roman times, it was above ground.

London's Roman Amphitheatre is situated below the Guildhall Art Gallery. This is next to the Guildhall itself. I'd never been to the Guildhall. It is located in the City of London, and has been the powerhouse of the City for a thousand years. Originally London was solely the City, on the north bank of the Thames. Later known as the Square Mile, the City became the capital of Roman Britain in AD 100. 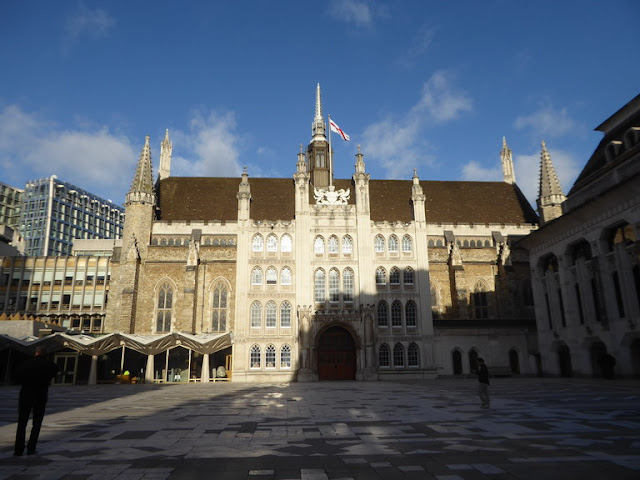 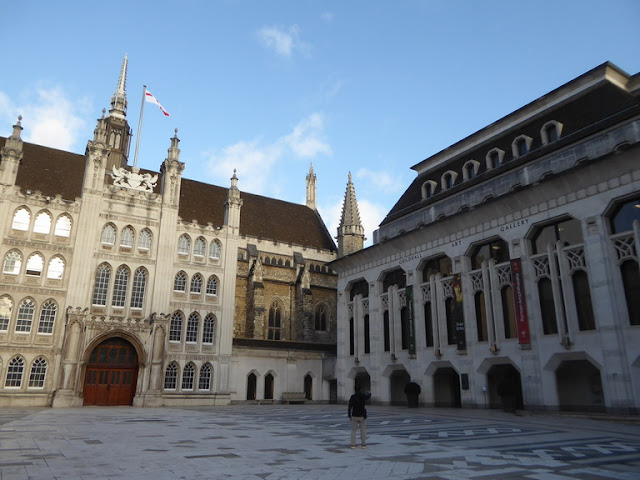 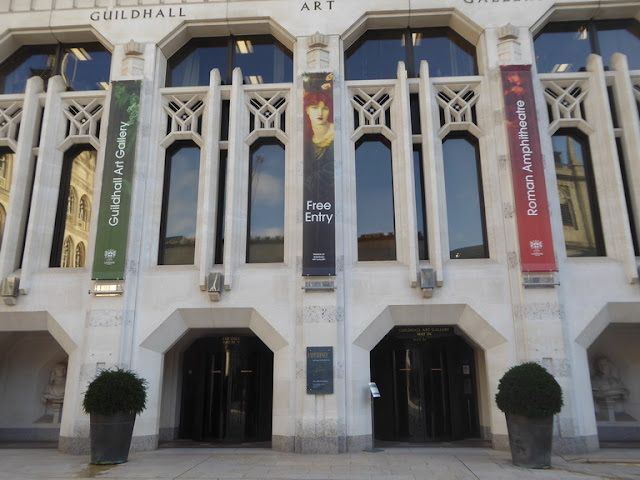 In 1988, Museum of London archaeologists made an astonishing discovery that changed the face of Roman London. The capital's only Roman amphitheatre was located in Guildhall Yard, during an archaeological dig taking place in preparation for the new Art Gallery building project.

The amphitheatre was used as a Roman sports arena.

In 2002, the amphitheatre site was opened to the public. It is located below the Art Gallery.
The surviving remains include a stretch of the stone entrance tunnel, east gate, and arena walls. They are protected in a controlled environment, 8 m below the modern pavement, in which they can dry out slowly without damage to the ancient stonework. 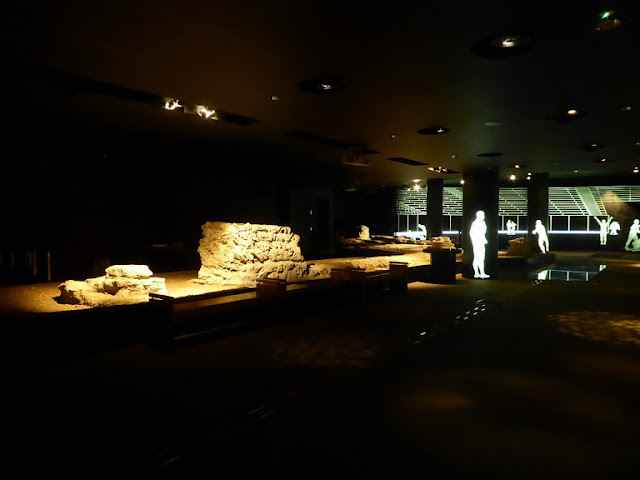 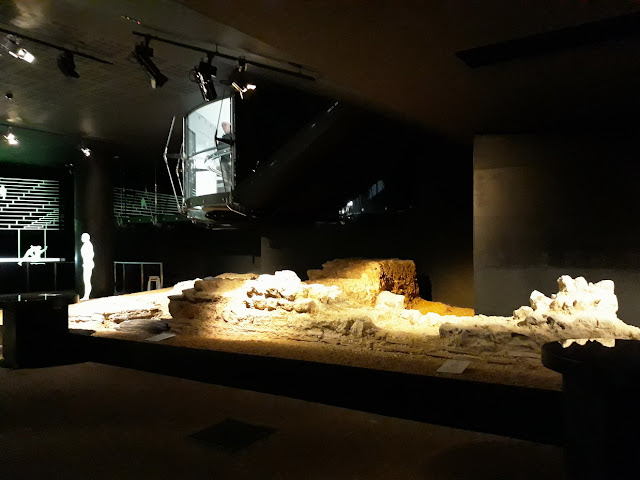 London's Roman amphitheatre was a venue for wild animal fights, public executions and gladiatorial combats. There are light projections to represent some of the sportsmen and gladiators - 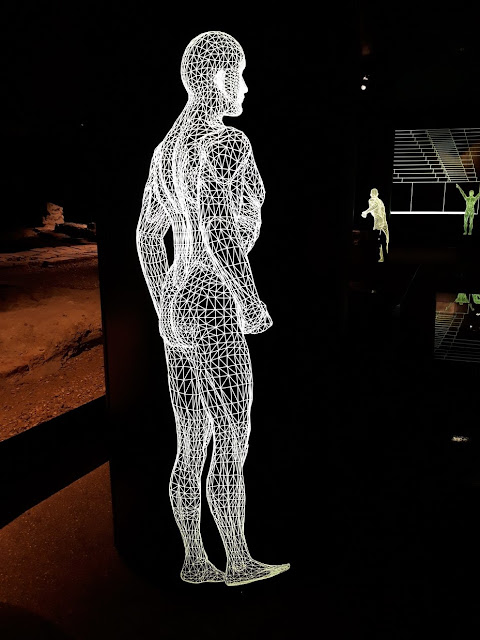 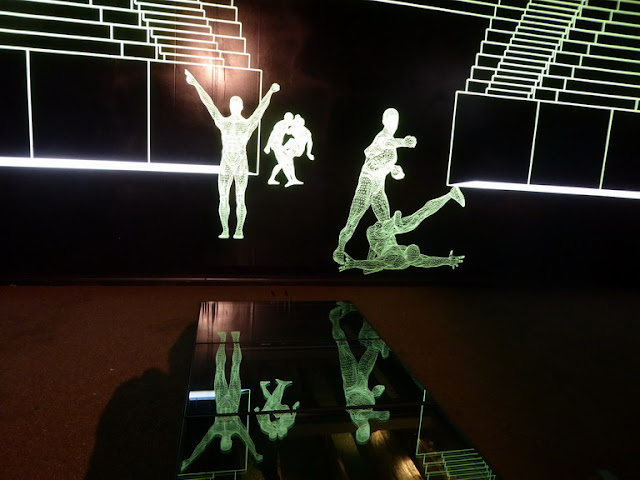 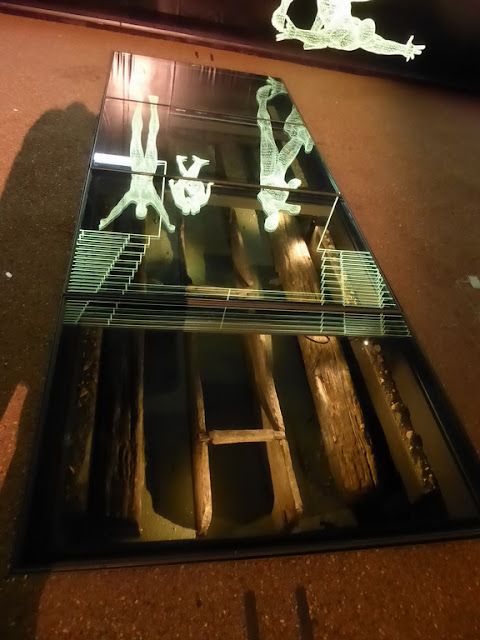 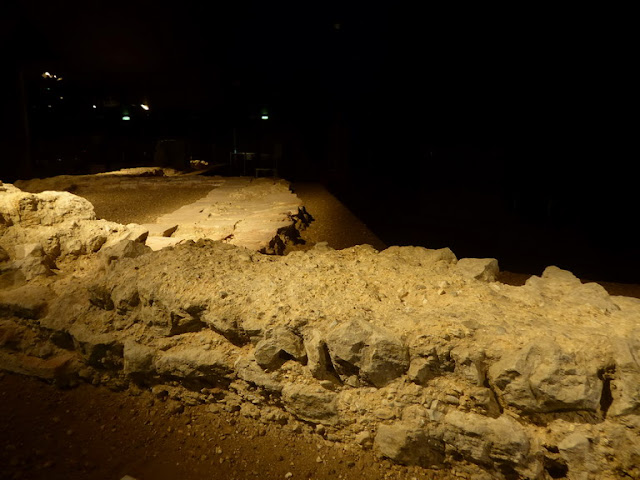 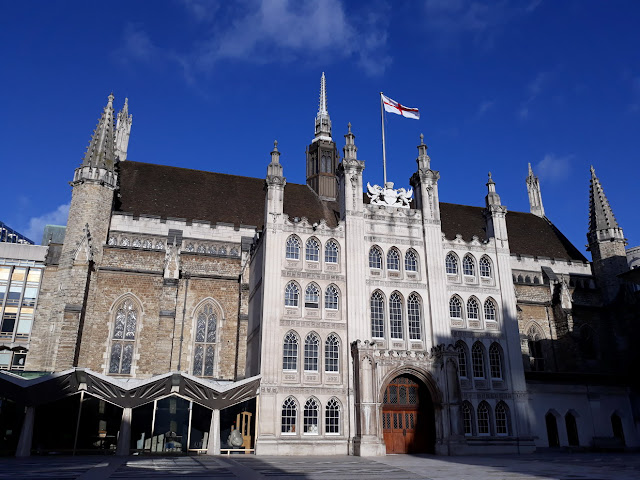 I didn't realise until later that in the Guildhall yard is an 80 m wide curved line of dark stone that follows the edge of the amphitheatre itself. Photo taken from Historic UK - 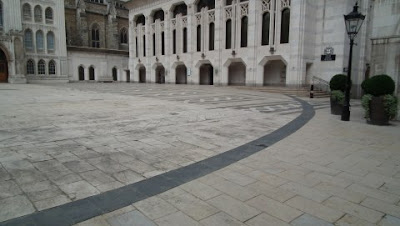 Read more about the amphitheatre :

Posted by cavingliz at 6:33 PM