I watched the 2014 video Secrets of Underground London and it showed a couple of places new to me. One was the London Silver Vaults. I had previously thought they were just shops, whereas in fact they are a series of  underground vaults, 2 floors down from road level.

They are located below Chancery Lane, which runs off Holborn in the City of London. The London Silver Vaults are the largest retail selection of fine antique and contemporary silver in the world. 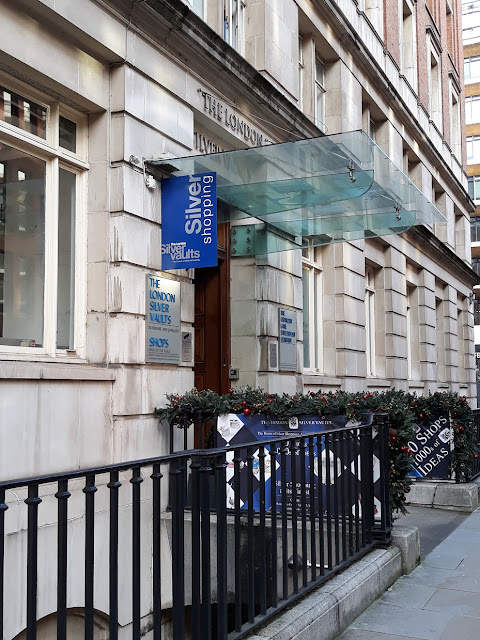 Photography is not allowed in the entrance or in the corridors, only in the vaults. From the entrance you go down 2 floors and then through a series of thick, heavy vault doors. Needless to say there are security cameras everywhere. 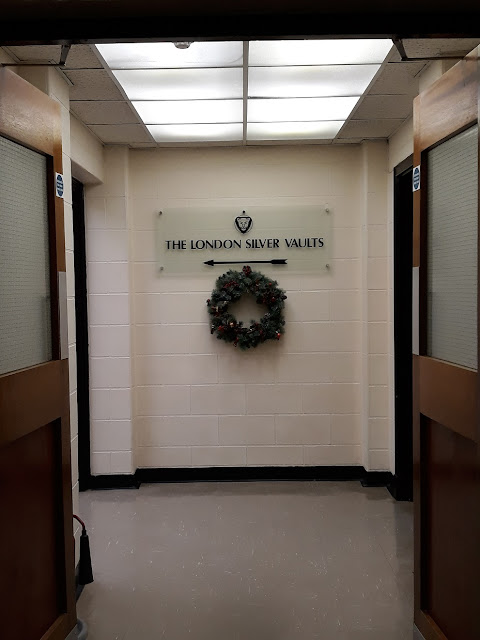 After a few twists and turns around the corridors you arrive at the first corridor of vaults. There are some 30 shops in over 70 vaults. The items date from the 1600s to the present day. 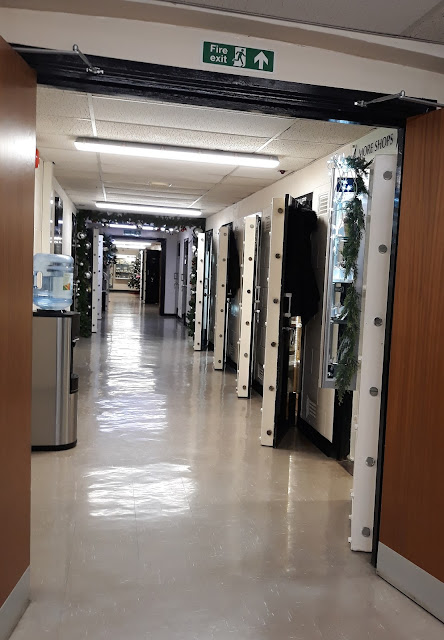 Many of the shops had display cases outside, which were packed with all kinds of silver ornaments, jewellery and household items. They were all highly polished! 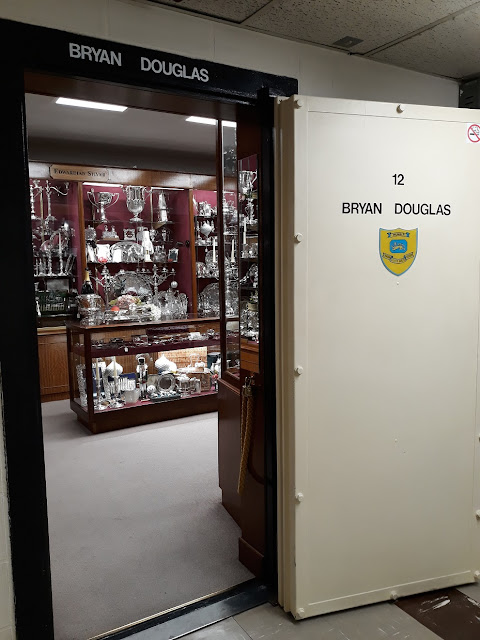 The vaults first opened in 1876 as a safe deposit for the wealthy and as a secure storage for London silver dealers during the 2nd World War. Today they are occupied by independent retailers.

The London Silver Vaults webpage.
Posted by cavingliz at 3:51 AM