I was in Riga, Latvia, in August 2022 and did a tour to the Gauja National Park. This covers a large area northeast of the capital, Riga. The town of Sigulda is within the park and is 50 km from Riga. There were several caves shown on my map and I was able to visit one of them.

Gutmanis Cave, Gutman's Cave, Gutmana Ala, is the widest and highest cave in the Baltic, located on the Gauja River in the Gauja National Park, Latvia. It is 19 m deep, 12 m wide and 10 m high and formed of sandstone. There is a spring in the cave. 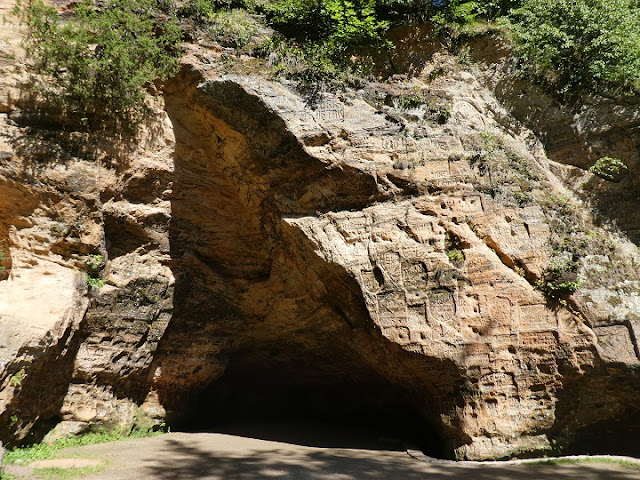 The name good man is from a legend that in ancient times the cave was home to a good man who used the water of the spring to heal people.
On the walls are inscriptions from 17th c. This makes it one of the oldest tourist attractions in Latvia. 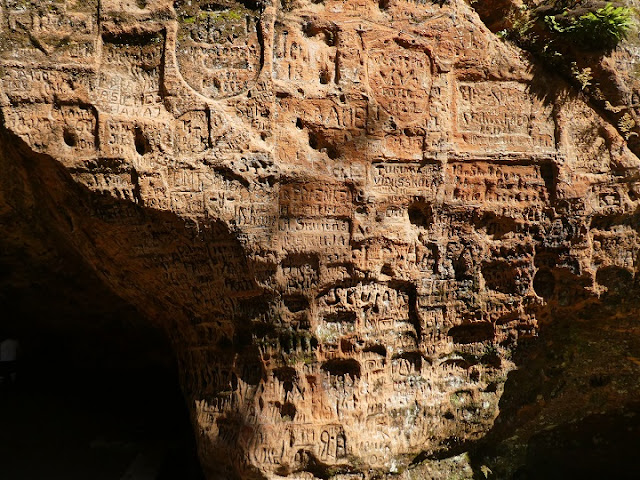 The legend of the Rose of Turaida began in the cave.

The Gauja National Park is the first national park in Latvia and protects the ancient valleys of the Gauja River and its tributaries. There are many slopes, valleys, springs, and  sandstone cliffs and caves located closely together. The red sandstone rocks date back 370 - 387 million years from the Devonian period.

View of the Gauja valley from Turaida castle and from the road bridge with a cable car and the Latvian flag. 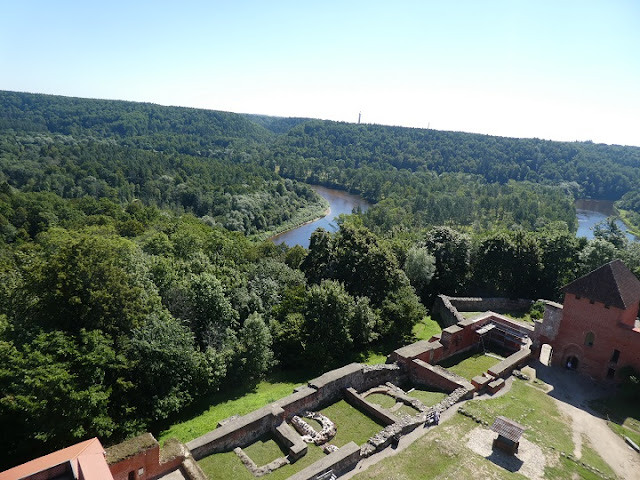 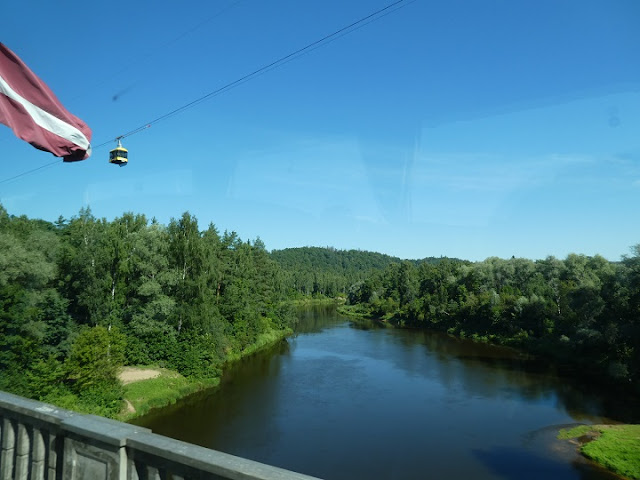 As already mentioned, the rocks date back to the Devonian period, roughly 387 million years ago. The cultural centre in Sigulda is called Siguldas devons and is named after the geological period of the sandstone rocks.

See more on Gutmanis Cave on Wikipedia. And other caves in the area.

Posted by cavingliz at 5:30 PM