The town of Reigate in Surrey sits over a network of caves. The caves are actually old sand mines. The area is formed in soft sandstone and this has been mined over several centuries. It was used to make glass. There are 2 main set of caves, East and West Caverns in Tunnel Road and Barons’ Cave in the castle grounds. The castle mound overlooks Reigate town, though nothing remains of the castle.

Access to the mines is controlled by the Wealden Cave and Mine Society and they hold open days. Firstly I went to the Tunnel Road caves. Tunnel Road was built in 1823 and is now the oldest road tunnel in Britain and one of the oldest in Europe. It runs through the hill from the town towards the railway station. Looking from north to south - 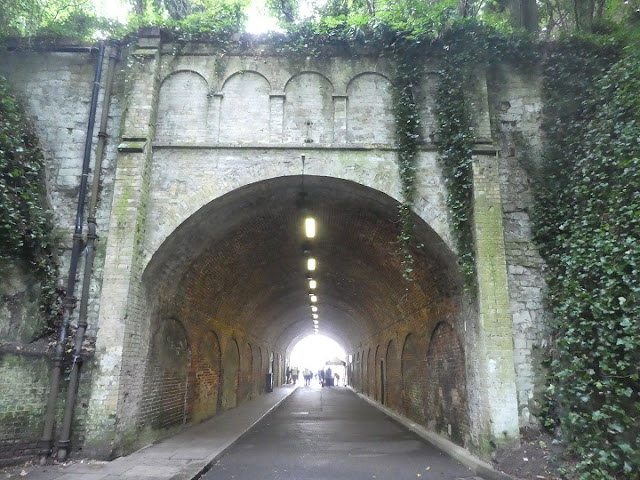 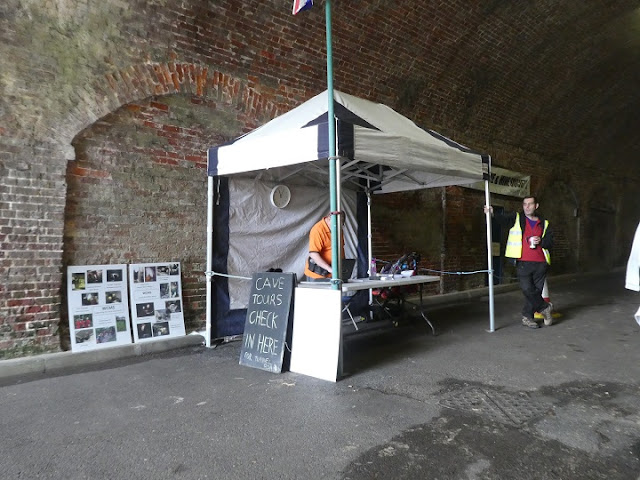 Tunnel Road West caves were sand mines. The rock dates to the Cretaceous period, 145 to 66 million years ago. It is called silver sand and is quite pure and makes good quality glass. It is easily dug, using picks, yet the remaining pillars are strong enough to provide support. There is electric lighting. 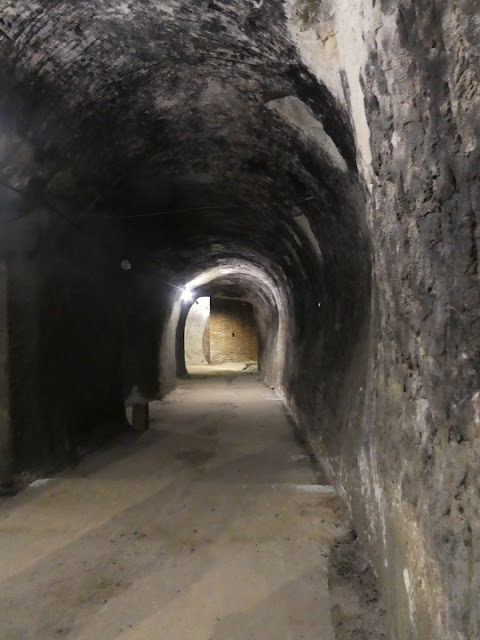 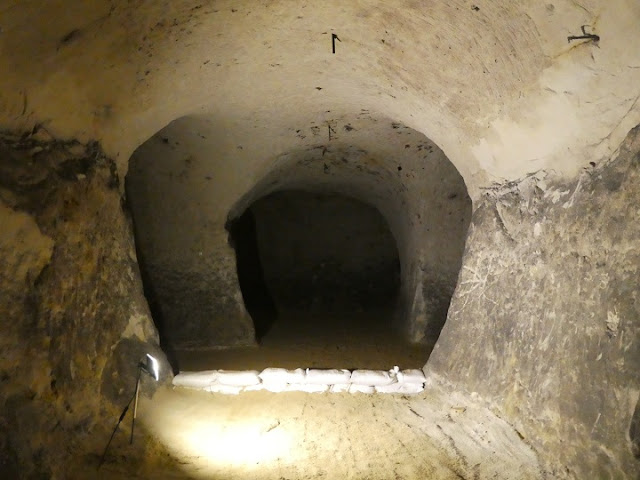 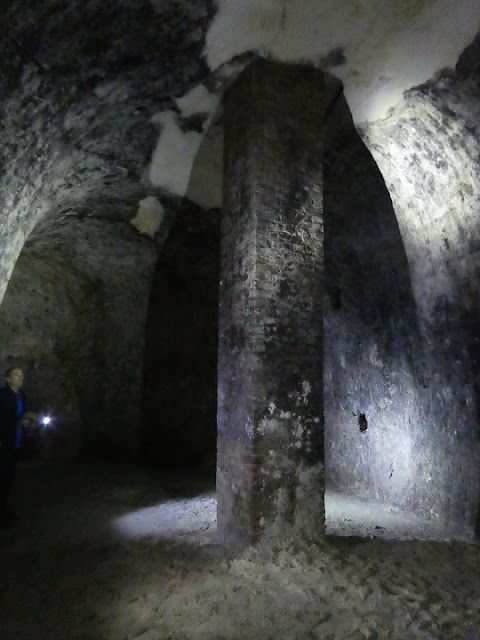 It is thought mining stopped in the 1860s, probably because of a collapse of the ground above which caused a cave in. During the First World War, the tunnels were used to store explosives. During the Second World War they were used as public air raid shelters, people slept here over several months.
And now the caves are used by a shooting club. Because the sand is so soft and easily penetrated by bullets, wooden sleepers are used to protect some of the walls - 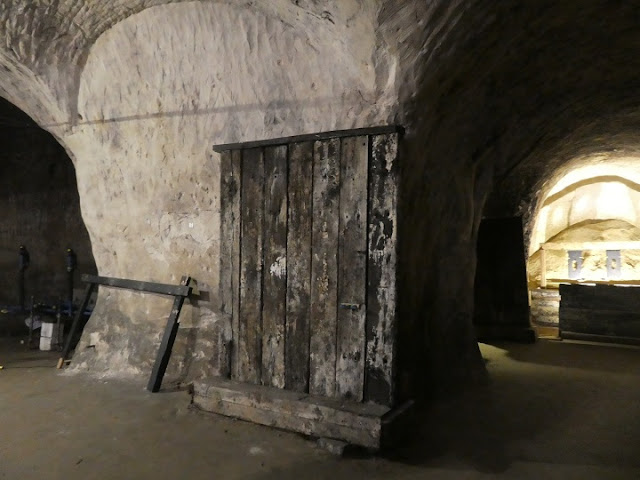 In the 1980s health and safety meant additional brick walls were put in places deemed necessary, as well as an emergency exit. Carvings of unknown date - 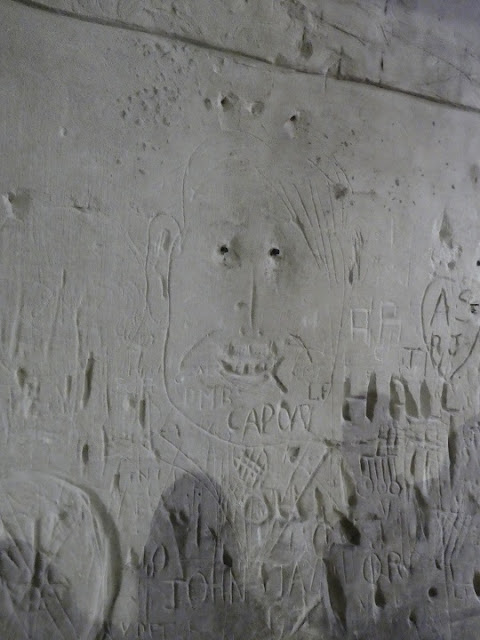 Remains of old bottles - ironic that the caves were mined to produce sand to make glass and then old bottles have been left in the cave. 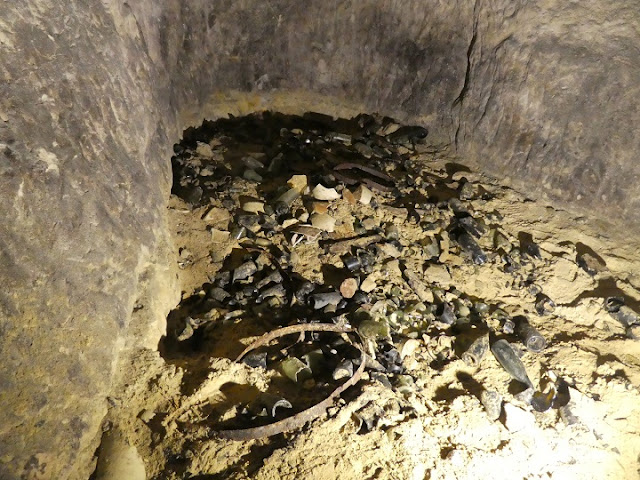 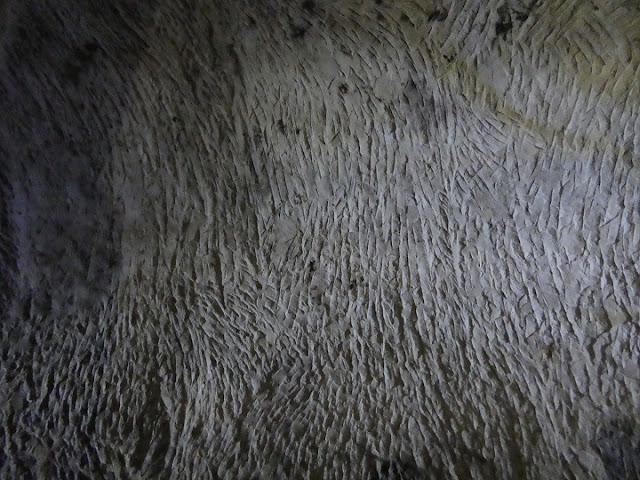 After the tour I went across the road to Tunnel Road East Cave, which is a self guided tour. These caves were dug specifically for storing wines and beers, from the middle of the 19th century. They were also partly used as a shelter and emergency services control centre during WW2. The cave now has lots of memorabilia about the history of the area. 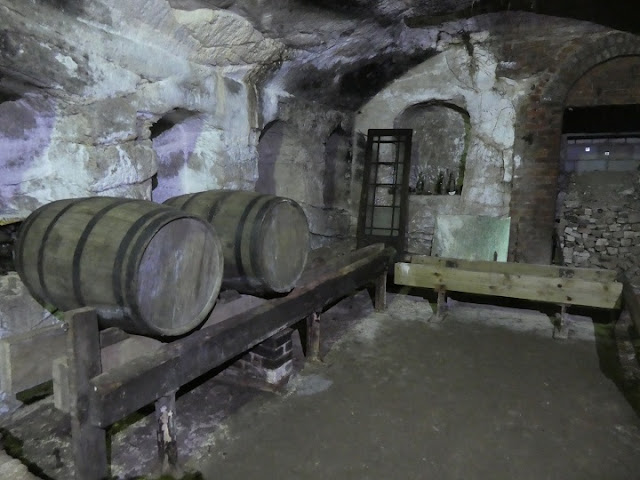 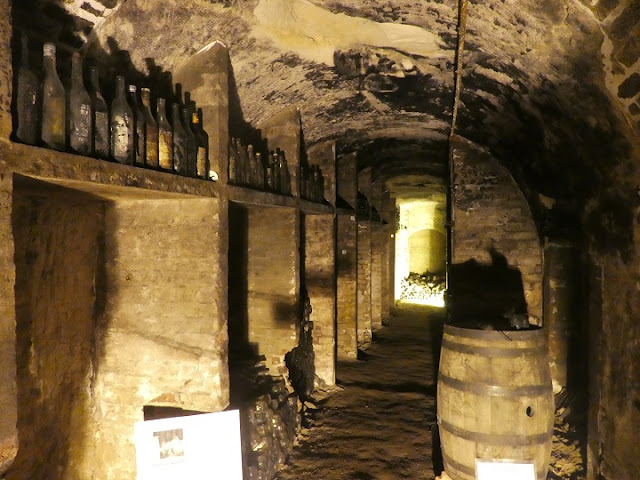 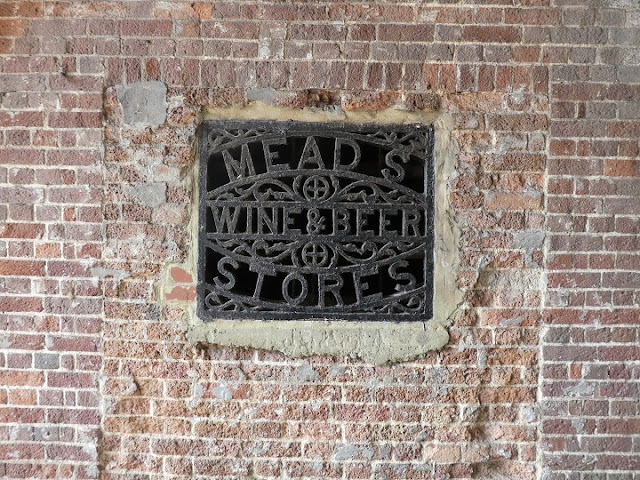 After lunch I went up to The Baron's Cave. Very little is known about the history of the cave, it is not certain why it was dug or how it got its name. It is situated below the castle grounds. A few steps lead down into the cave, and it has been used as a show cave possibly since the 1770s or earlier. 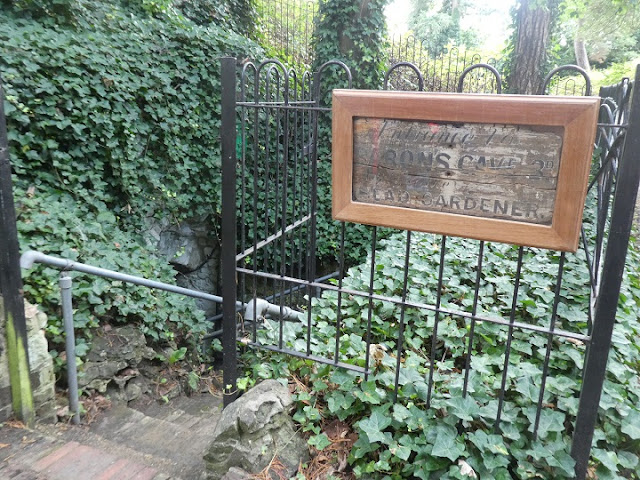 The cave is basically 2 passages. There used to be an upper entrance but this is not safe for visitors due to a collapse. There are lots of carvings of names etc on the walls. For detailed information and a survey, see The Baron's Cave.
And for more on Tunnel Road Caves.
Posted by cavingliz at 6:09 PM