The Malaysian media recently produced a few reports on how Perak Man has "been given a face" by 3D scanning. The human skeleton is roughly 10-11,000 years old. See my blog.

Then on 2 March 2021, BBC had an interesting report "Human origins: 'Little Foot' fossil's big journey out of Africa". It describes how the the of "Little Foot", the most complete Australopithecine fossil ever recovered, was sent to Oxford, UK, 2 years ago, for high resolution X ray scanning.

It took some 20 years to excavate Little Foot's bones from the Sterkfontein Caves just outside Johannesburg. The bones are thought to be more around 3.6 million years old.

So far just the skull has been scanned.

The bones were sent to the Diamond Light Source in Oxford. And coincidentally after the BBC report, Diamond had a virtual tour on 13 March. This was really interesting, lasting over 2 years and was very detailed and informative. They even mentioned they had worked on Little Foot. See the virtual tour page. 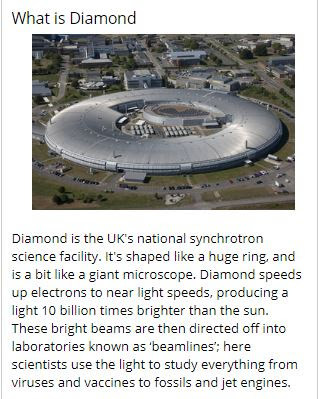 Posted by cavingliz at 6:44 PM