The Kingsway tram subway is an underground tunnel in London used from 1906 until 1952.

The subway is a cut-and-cover  tunnel, Grade II Listed and the only one of its kind in England. The northern entrance is at the junction of Southampton Row and Theobalds Rd in Holborn. The tunnel extended to the Embankment on the north side of the Thames and emerged under Waterloo Bridge on the north side.

The tunnel was only built for single deck trams.

From Wikipedia, "The approach from the north near Southampton Row was a 170-foot (52 m) open cutting with a 1 in 10 (10%) gradient. The tracks passed through cast iron tubes underneath the Fleet sewer before rising slightly to enter Holborn tramway station. South from here the subway was built with a steel roof to Aldwych tramway station and, because it was not initially planned to run a public service south of here, the tracks leading towards the Strand were used as a depot with appropriate equipment and inspection pits."

There is no public access to the tunnel or the underground station. The northern entrance -

Today a part of the tunnel from Waterloo Bridge to Aldwych (i.e. northbound) is used as a one way vehicle tunnel known as the Strand Underpass. It was opened in 1964. The underpass is in a concrete box inside the old tramway. I've been past the southern entrance hundreds of times without knowing what it was! 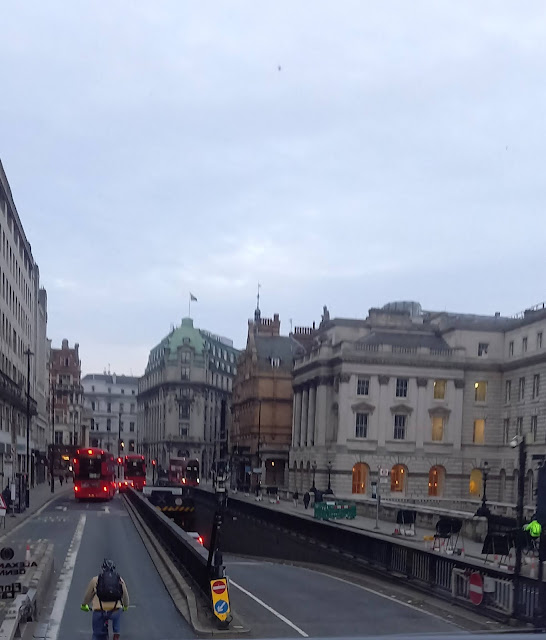 This is the Aldwych exit -

The 521 single decker bus uses the underpass from Waterloo Bridge so I took this to see the underpass for myself. The tunnel had a few twists and turns. It was hard to take photos as the bus was moving fast and was quite bouncy. 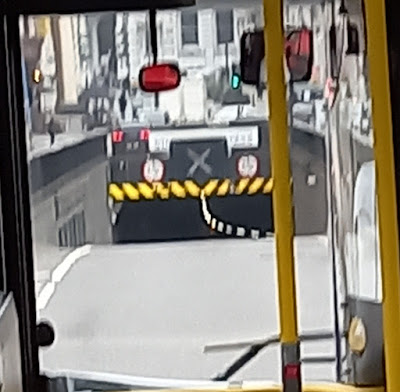 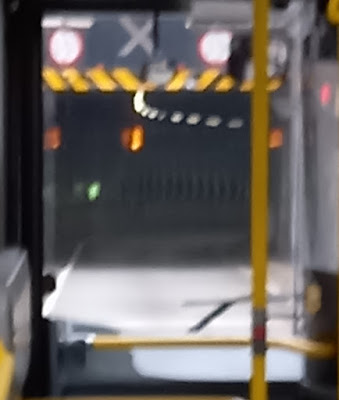 There is an interesting video on YouTube of the 521 going through the tunnel.

See more photos of the underground section on the londonist . And a good article with an account of a visit and photos on webarchive . Wikipedia "Kingsway tram subway".