The Blue Caves are a popular tourist destination on the Greek island of Zante, aka Zakynthos. Zante is one of the Ionian islands lying off the west coast of Greece. 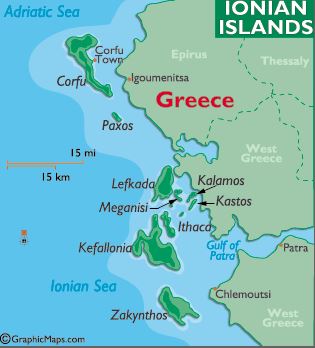 Limestone covers about 50% of the island. There are no show caves on Zante, unlike the neighbouring island of Kefalonia, which has Drogarati Cave and Melissani Lake. However there are sea caves. These are formed in Upper Cretaceous limestone (100-60 million years) and occur in the Pre-Apulian or Pazos zone (see ref).

The Blue Caves are located on the northeast tip of the island, between Agios Nikolaos and Skinari Cape. They are generally visited during boat trips that include a visit to Shipwreck Bay, Navagio Bay 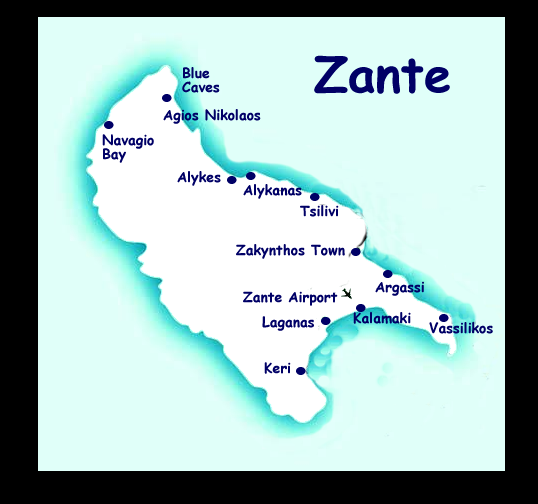 The headland before the Blue Caves 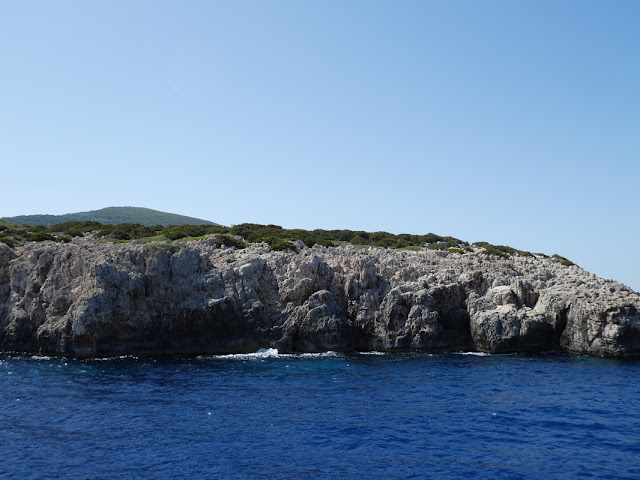 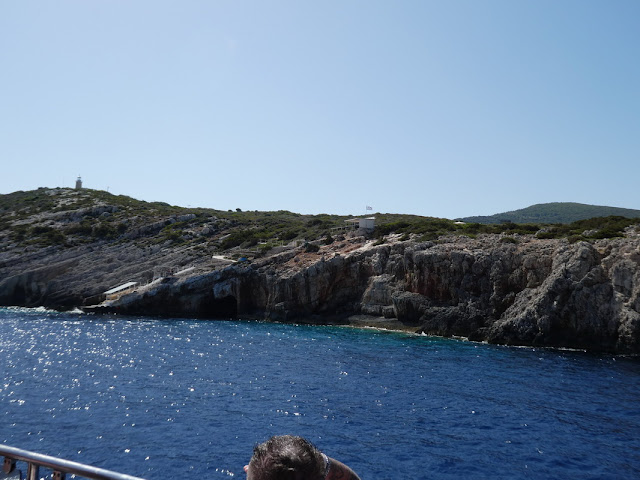 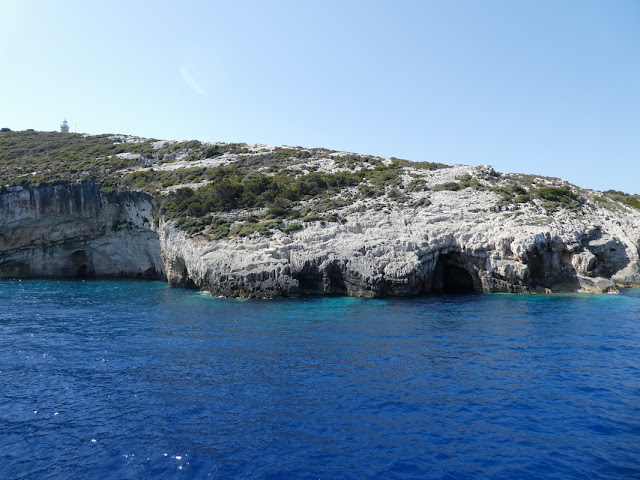 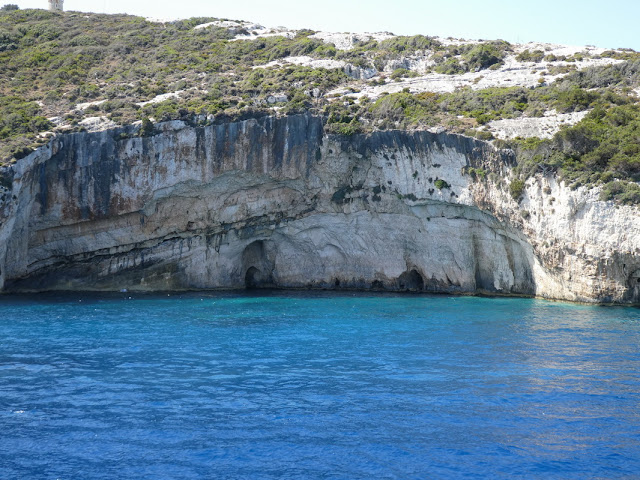 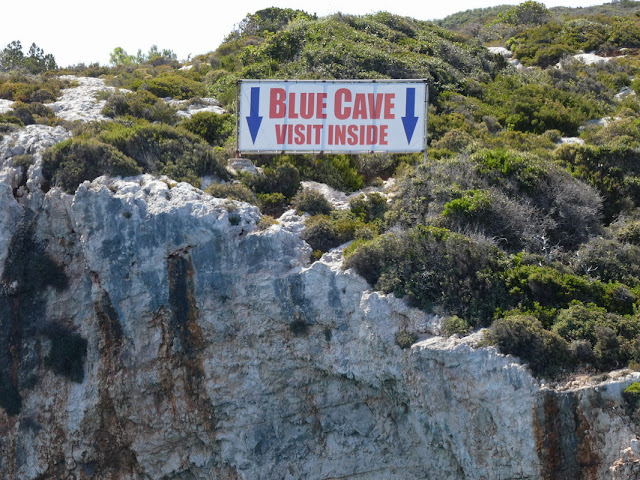 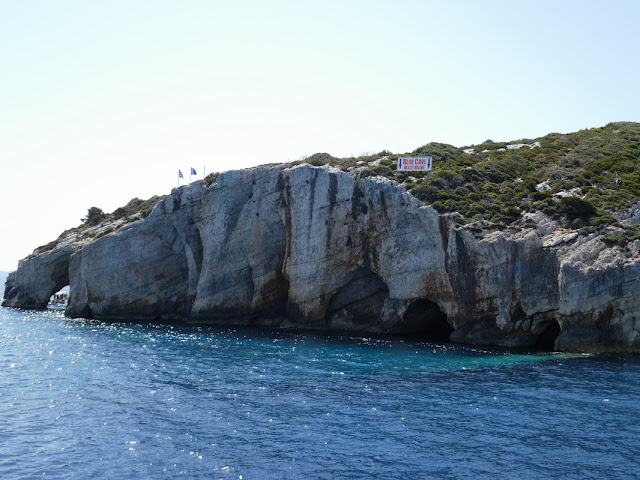 Boats stop and allow people to swim, but it was too cold for me. 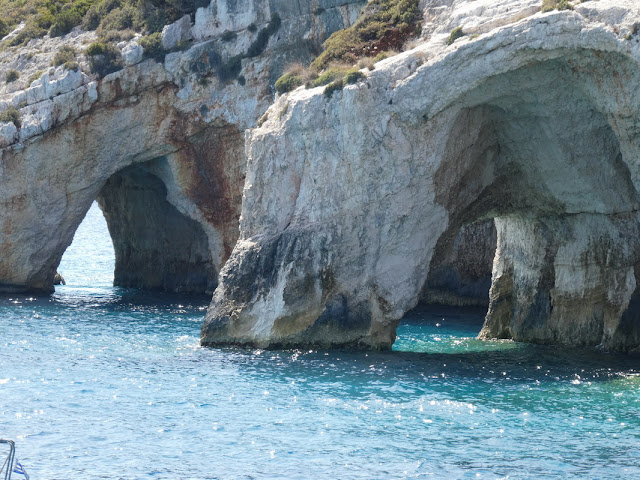 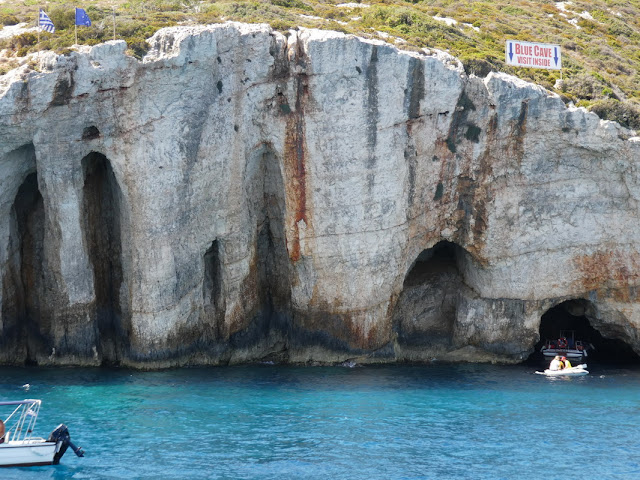 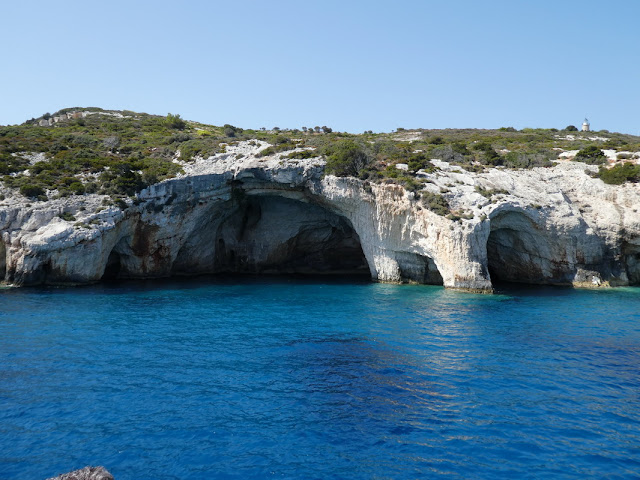 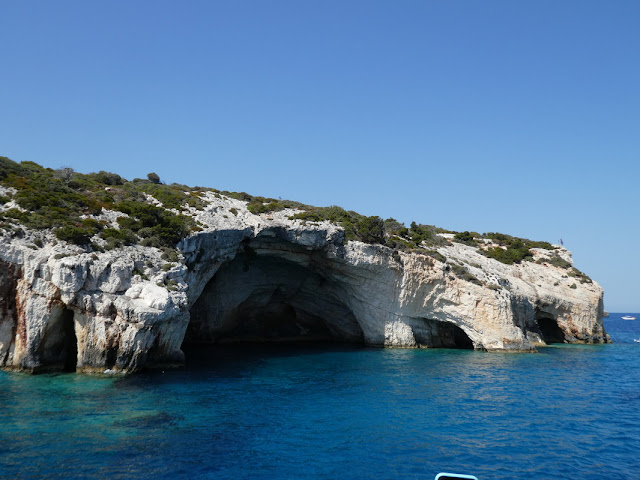 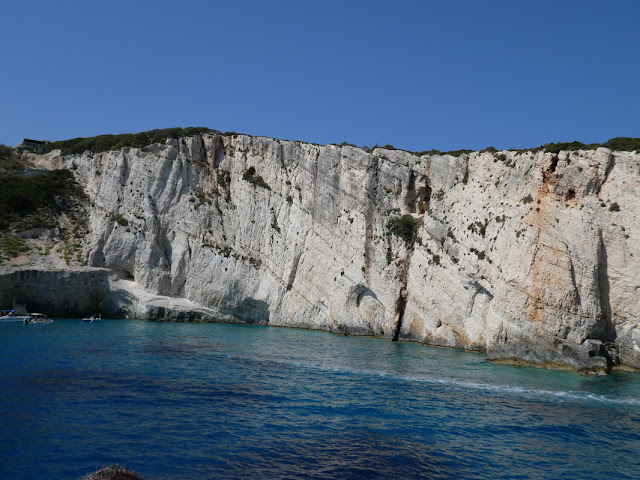 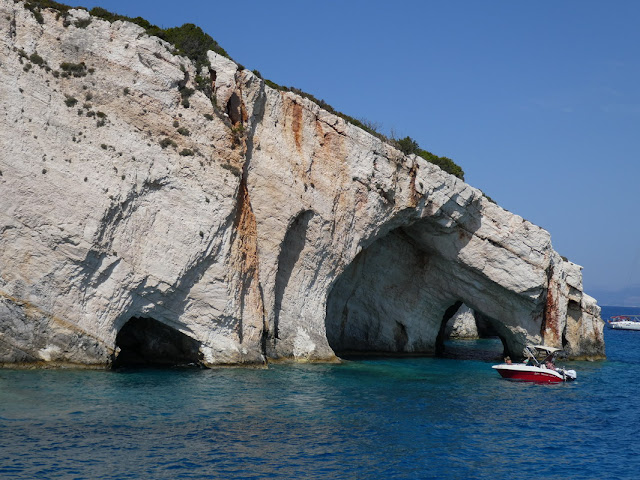 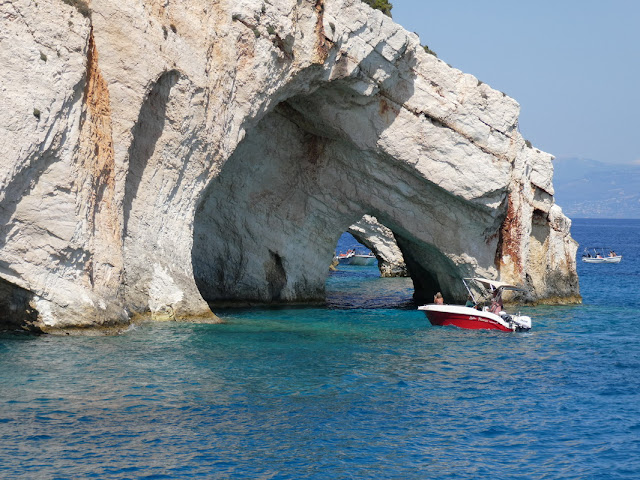 There is also access from the land, a series of steps leads down from the hill top - 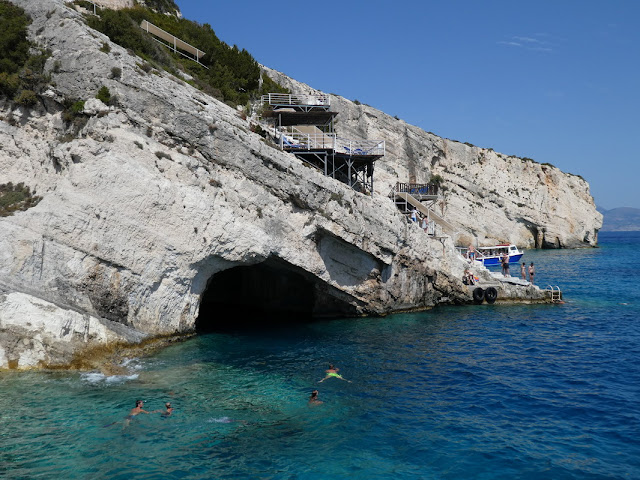 We also visited Zante's best known tourist site, Shipwreck Beach or Navagio Bay. This is located on the northwest side of the island. This is the iconic photo that everyone knows - 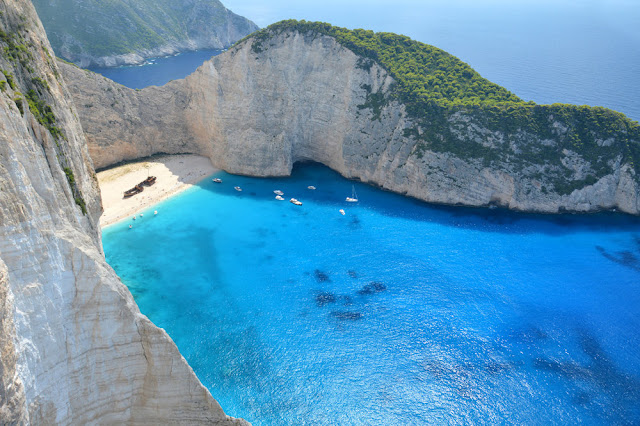 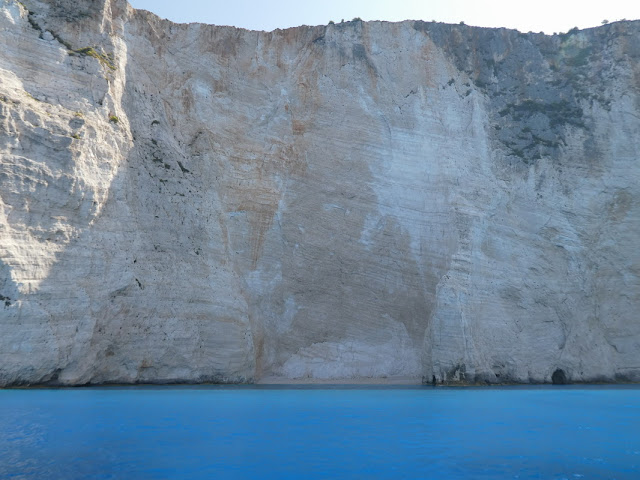 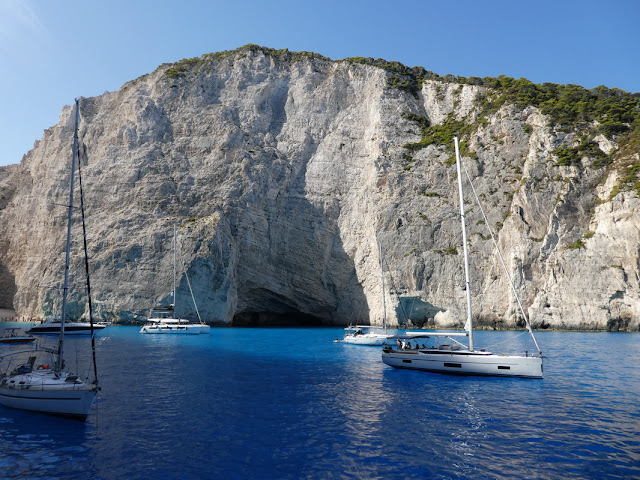 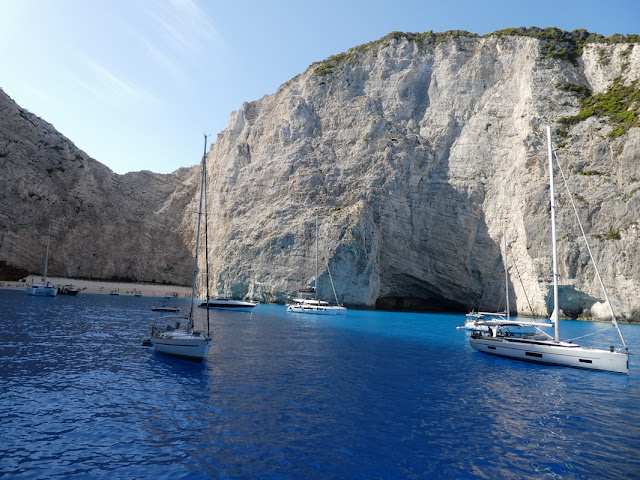 On 2 October 1980, a freightliner, the MV Panagiotis, ran aground in Navagio Beach during stormy weather and bad visibility. Some rumours say the ship was smuggling contraband, however official sources did not confirm this. 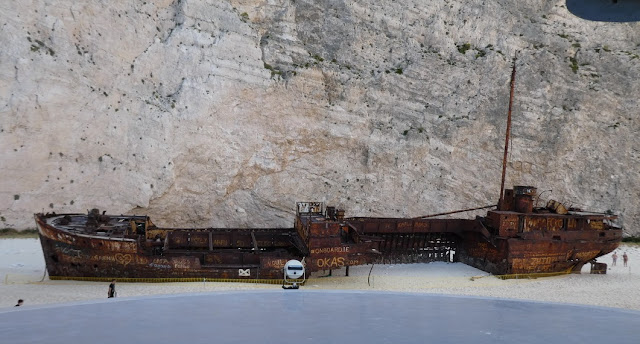 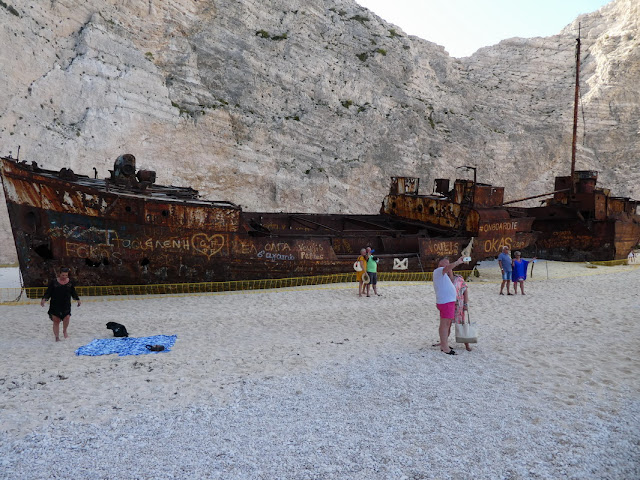 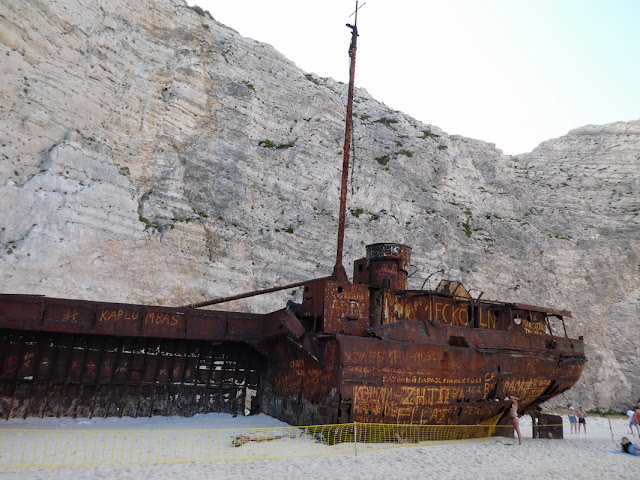 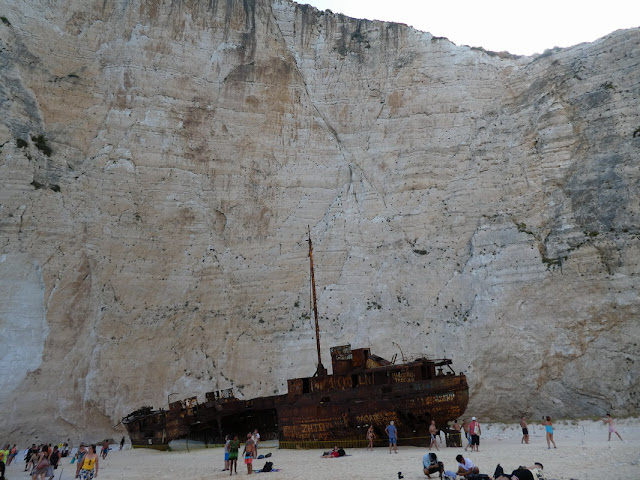 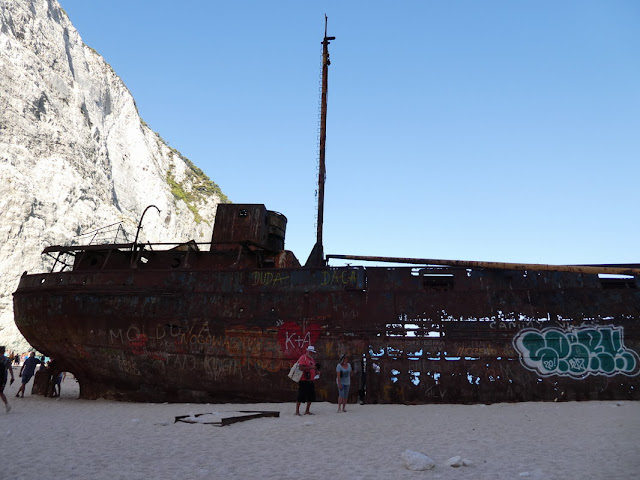 More and more tourist boats arrived and soon the beach was getting croweded. 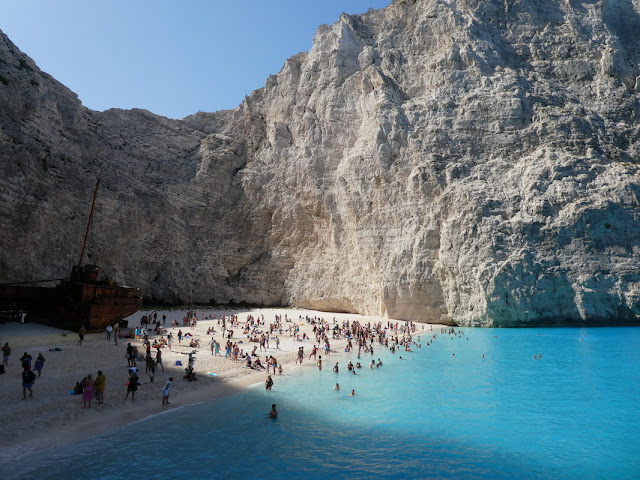 In September 2018 there was a major rockfall when a massive sheet of rock fell 60 m. The beach was packed at the time but luckily no one was killed. 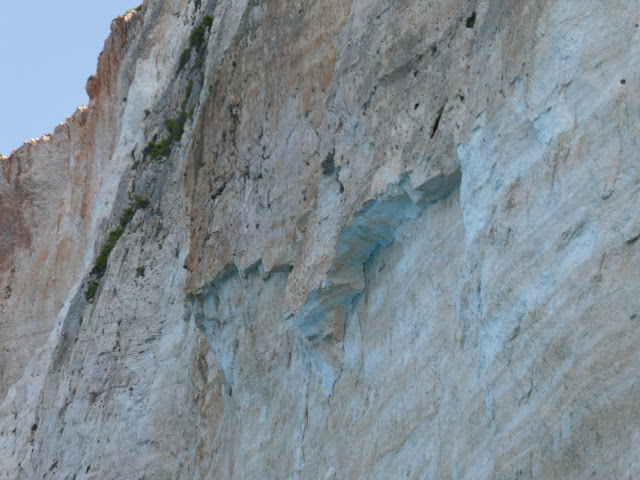 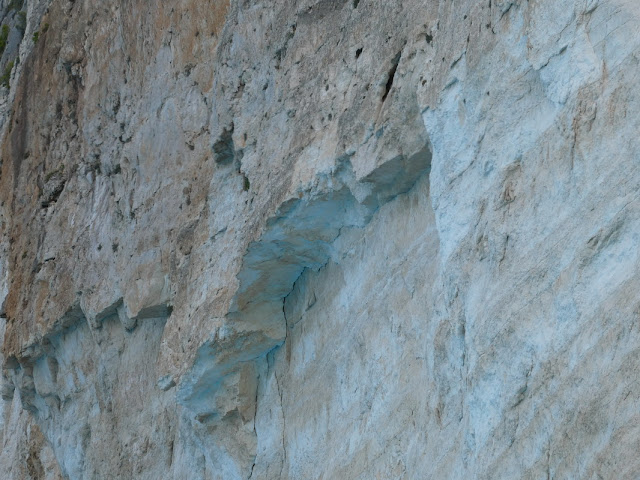 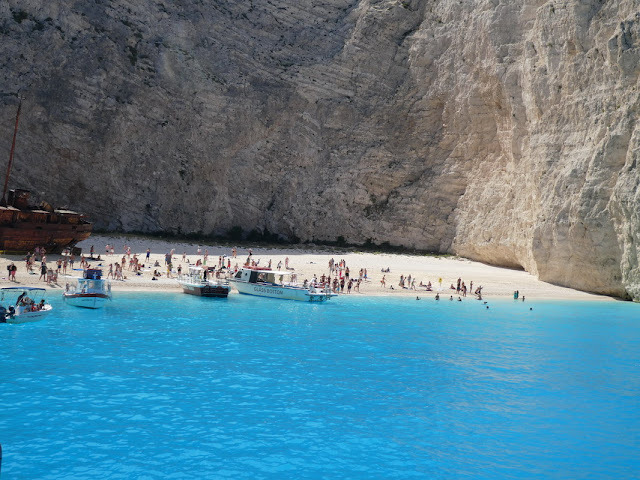 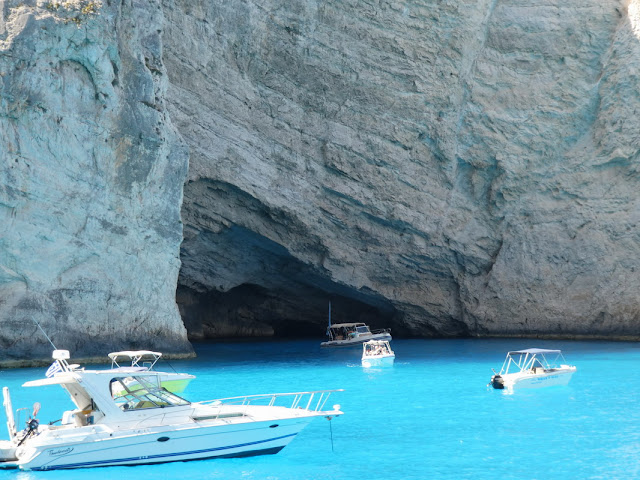 Posted by cavingliz at 7:20 PM