I collect cave stamps and some of the first in my collection were those of Meteora in Greece. The name Meteora relates to columns in the sky. 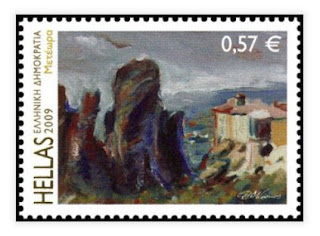 Meteora was inscribed as a World Heritage Site in 1988 : "In a region of almost inaccessible sandstone peaks, monks settled on these 'columns of the sky' from the 11th century onwards. Twenty-four of these monasteries were built, despite incredible difficulties, at the time of the great revival of the eremetic ideal in the 15th century. Their 16th-century frescoes mark a key stage in the development of post-Byzantine painting."

Meteora is located in the Region of Thessaly in mainland Greece. It has been on my to do list for year and I finally paid a visit in Sept 2018. It is certainly an amazing place, both geologically and culturally. A series of sandstone towers stand up from the plains and 24 monasteries were built on top of these towers. There are also various caves. 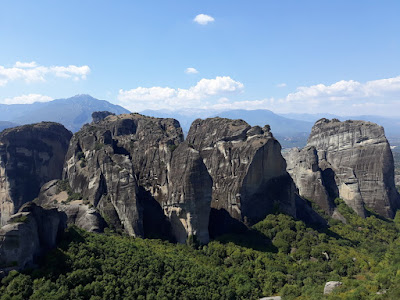 My first real view was from Kalambaka town - 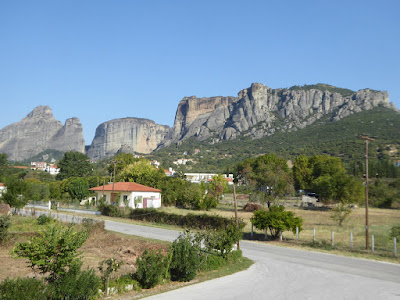 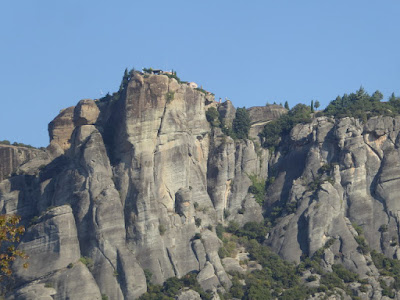 Six of the monasteries are still inhabited and we visited two. The first was St Stephens, which is inhabited by nuns. No photos are allowed inside the churches, which are packed full of paintings and icons etc. 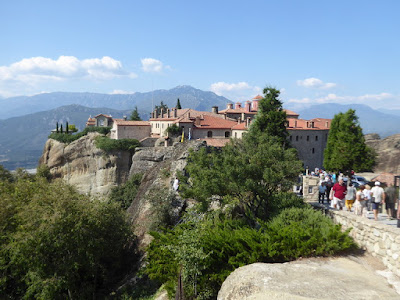 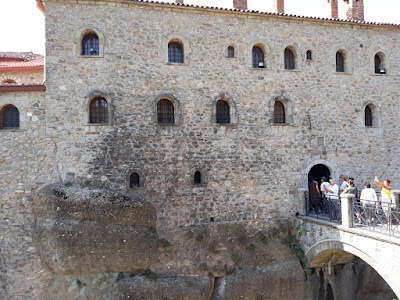 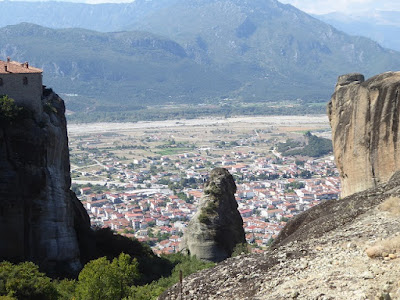 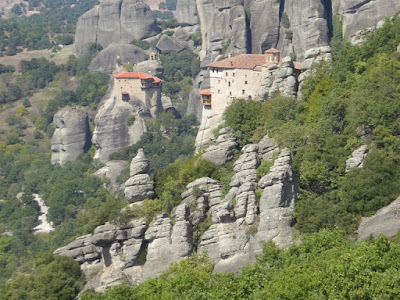 This is Varlaam, note the staircase and cave - 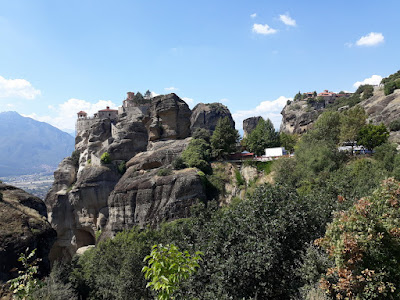 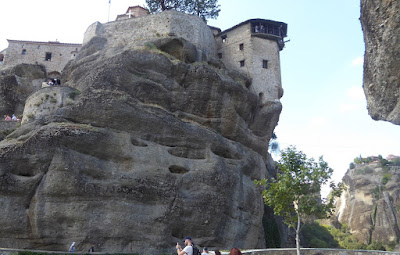 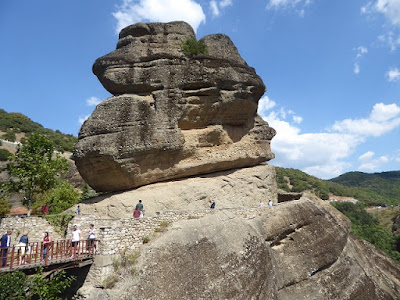 There are many caves, some have been inhabited since 50,000 years ago. In more recent times, one high level cave was used as a prison for the monks, but I didn't manage to get any photos.

Some stamps of Meteora : 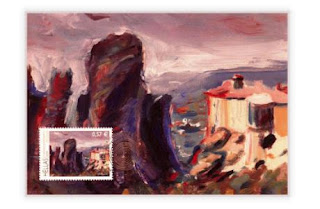 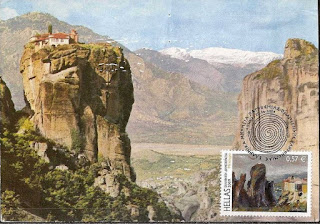 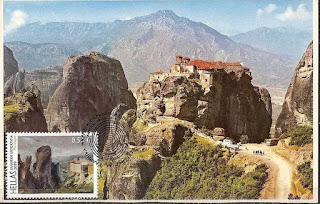 Posted by cavingliz at 1:43 AM