News of a new cave painting site in Cuba was announced in August 2017. I went to Cuba in 2015 and wasn't aware of any rock art.

The news item "Speleologists Discover New Cave Painting Site in Cuba" can be seen here. It says that 'Cuban speleologists have discovered a new cave painting site in a cave located at the Sierra Maestra mountain range, in southern Granma province'.

The mountains have a long history of guerrilla warfare, such as the Cuban Revolution and Cuban Wars of Independence, including the time when Fidel Castro hid in the area with his supporters. Map from Wikipedia - 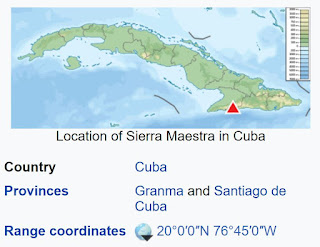 I was in Santiago de Cuba province and saw the mountains, they are volcanic - 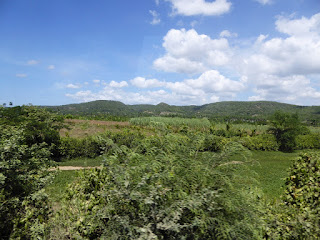 The rock art consists of a group of pre-Columbian petroglyphs (carvings or incisions made in the rock). These engravings are the first ones reported in that area of Cuba. Photo taken from Prensa Latina - 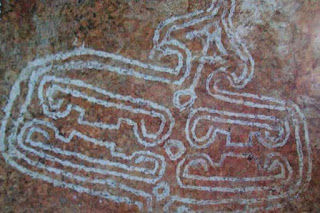 The discovery is particularly important because the seven cave painting sites previously identified in that province are located in the western extremity, near Cabo Cruz. Wikipedia map - 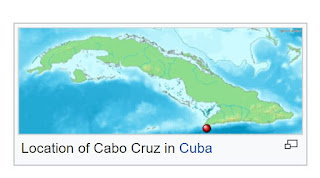 Posted by cavingliz at 5:56 PM