Huge cave found on the moon

A huge underground cave has been found on the moon, opening up the possibility for astronauts to take shelter there in future missions. The Japan Aerospace Exploration Agency (JAXA) made the ground breaking discovery and announced it overnight. This was reported in ninecom.au news on 19 Oct 2017. The report also has pictures of the cave. 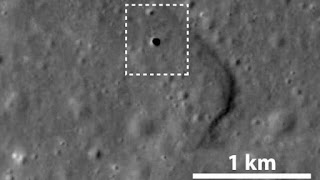 The entrance to the cave as seen from above the surface of the moon. (JAXA)

The cave is about 100 m wide and stretches 50 km across the moon's surface according to data collected by JAXA’s moon probe called the Selenological and Engineering Explorer (SELENE).

A 50m wide opening to the cave was first discovered by SELENE in 2009, and was analysed over the following years.

Data confirmed the cavern was likely created by a lava tube formed during volcanic activity and there is a chance ice or water exists in rocks inside it.

Scientists hope future moon explorers could use the cave for protection from the sun's radiation and cosmic rays. It could even act as base for the explorers and if there is water or ice to found inside, it could be used as fuel.

Scientists widely believe the moon experienced a series of large-scale volcanic activity up until about one billion years ago.

The cave, believed to be a lava tube created about 3.5 billion years ago
See more on Japan Times 18 Oct 2017.
Posted by cavingliz at 2:44 AM