Limestone and caves on Malta

Malta is basically a lump of limestone in the Mediterranean sea! You see limestone everywhere. All the buildings are made from the cream coloured stone. All the dry stone walls in towns and countryside are made of sawn limestone blocks and or natural stones. They were all neat. 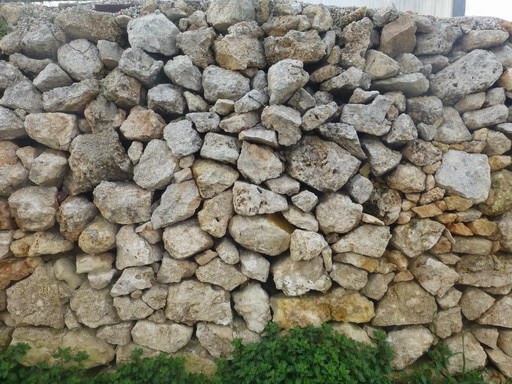 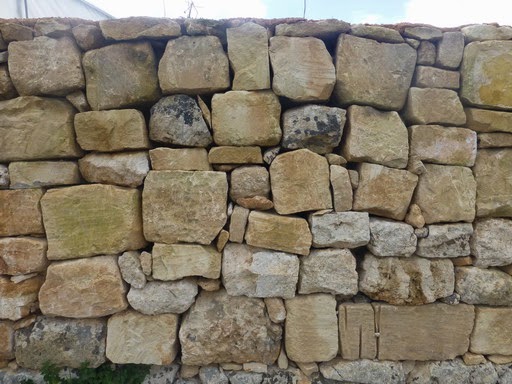 There are quarries everywhere, they are mostly rectangular deep holes cut out of the rock. Many buildings were built on the site where the stone was quarried, so some have a cellar. 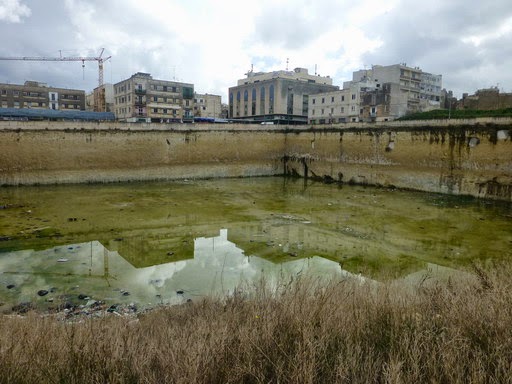 The Malta limestone is young, the oldest only dating back to the Tertiary period. The surface outcrops are about 30 to 35 myo. The limestone can be divided into 5 layers. At the top is the Upper Coralline limestone which is hard, this is followed by a thin band of Greensand, then a softer rock called Blue Clay. Globigerina Limestone is the next layer and is soft-hard. The hardest rock is the lowest, the Lower Coralline Limestone.

The softer Globigerina Limestone has been used for the majority of Malta's building material over the years. The harder more coralline stone was used for the important buildings.

In some places there are large limestone pavements. One such area is at Buskett, near Dingli on the south coast. The Dingli cliffs are a tourist attraction. 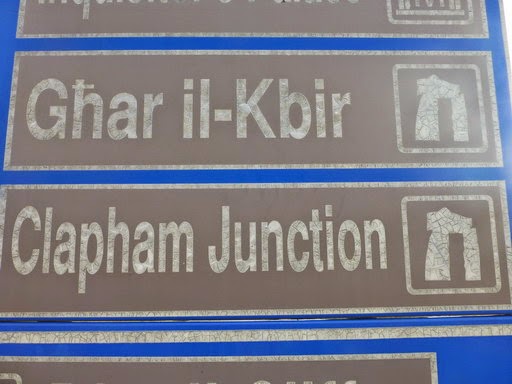 The cart ruts are grooves up to 60 cm deep with an average distance between them of 110 to 140 cm. The age and purpose of these ruts is a mystery, one suggestion is they were made by the carts pulling out stone blocks. Malta has an ancient history, the megalithic temples are regarded as the oldest free-standing buildings in the world, even older than the Pyramids and Stonehenge. In this limestone pavement are 2 cave entrances in the ground, both 'protected' by stone walls. I assume this is Ghar il-Kbir. The information board says Ghar il-Kbir is a complex of inter-connected caves that were used as habitations. They were described in 1637. 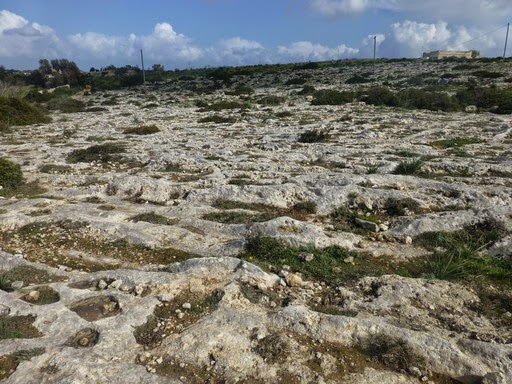 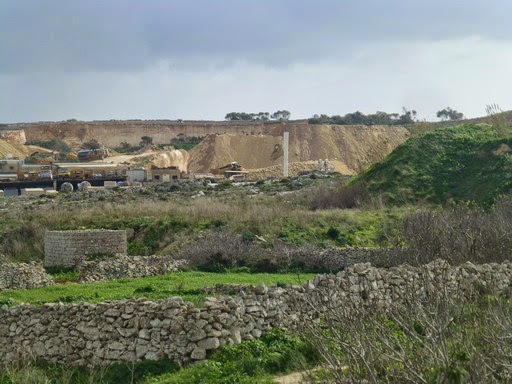 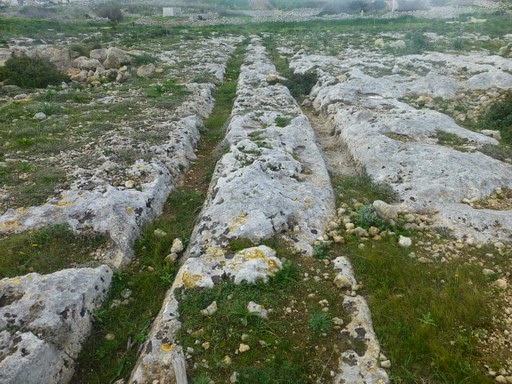 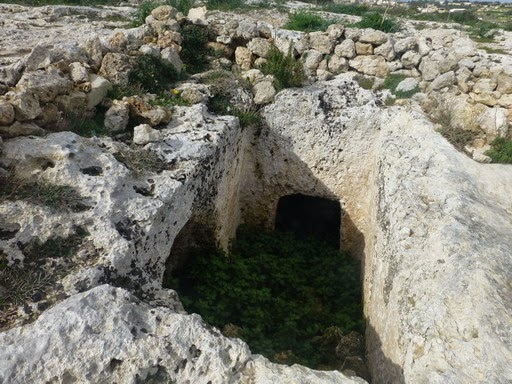 I saw quite a few snails here. 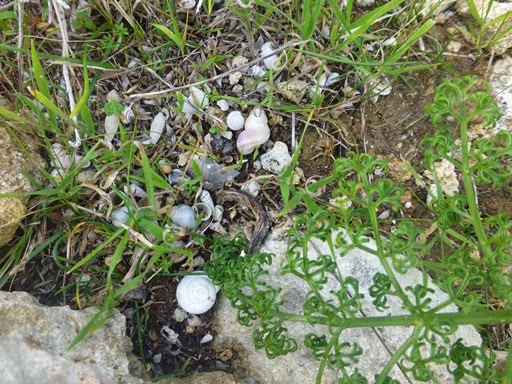 Further east from Dingli is The Blue Grotto and Wied Iz-Zurrieq Merhba. 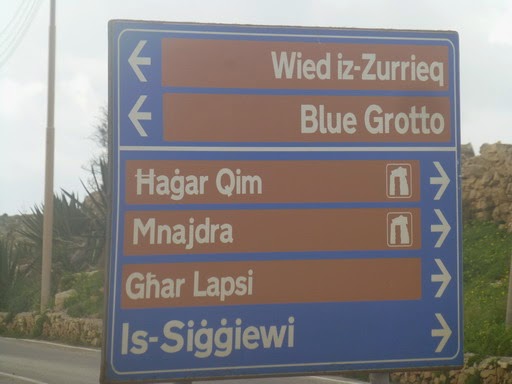 A wied is a dry valley and they can be seen all over the island. 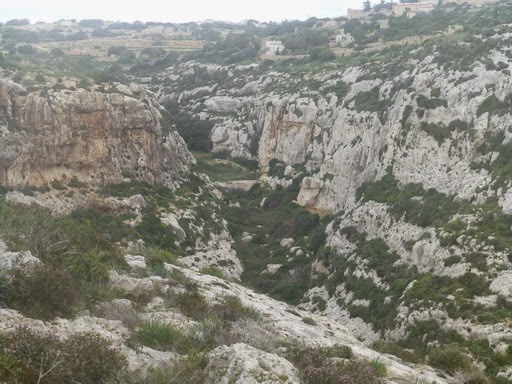 In summer months there are boat trips to the Blue Grotto, but during the winter the sea is wild and the wind can be incredibly strong - as it was during my visit. So I was only able to look down on Blue Grotto from the view point at the top of the cliffs. 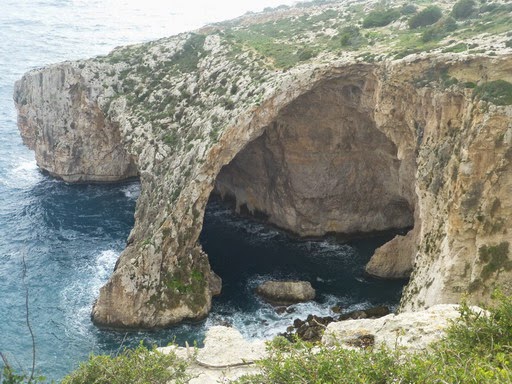 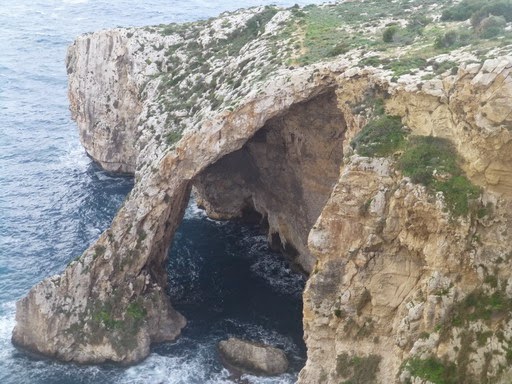 The cliffs opposite Blue Grotto - 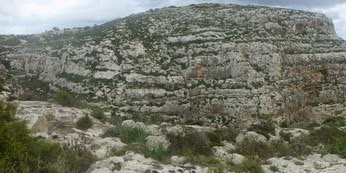 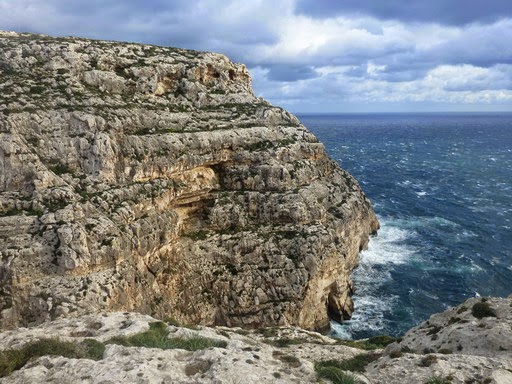 Small limestone island off the coast 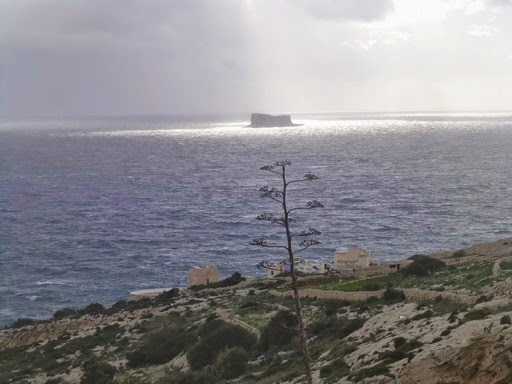 I also went down to sea level to see the sea pounding the rocks. 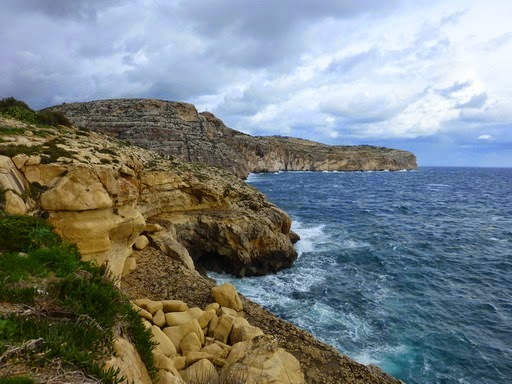 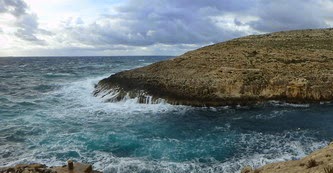 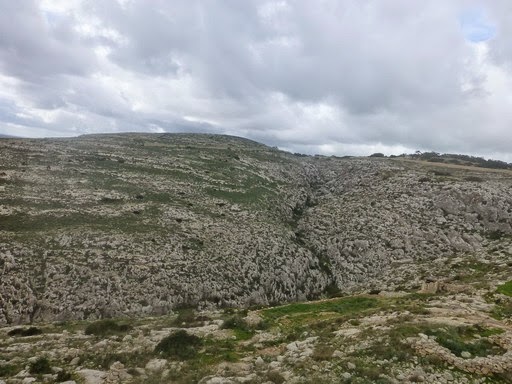 Ghar Dalam is probably the most famous cave on the island. It is an important fossil site and is a tourist attraction. 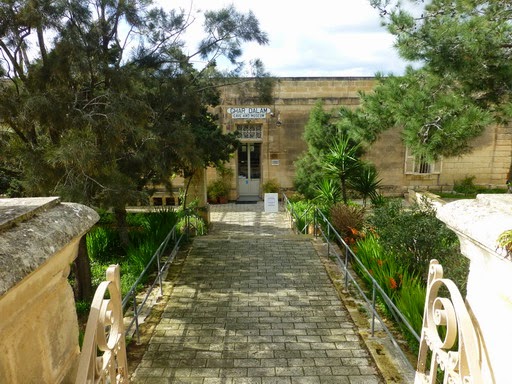 Entry is 5 Euro. Firstly you can go round the museum which is really interesting and in the second room is a huge collection of bones. 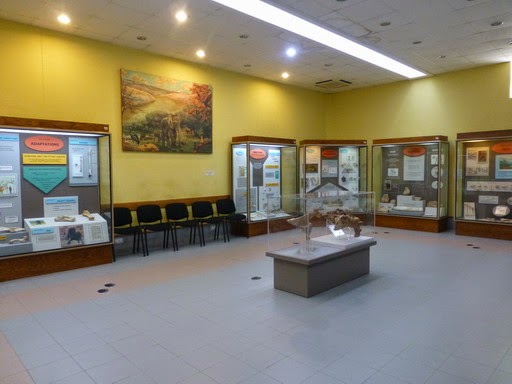 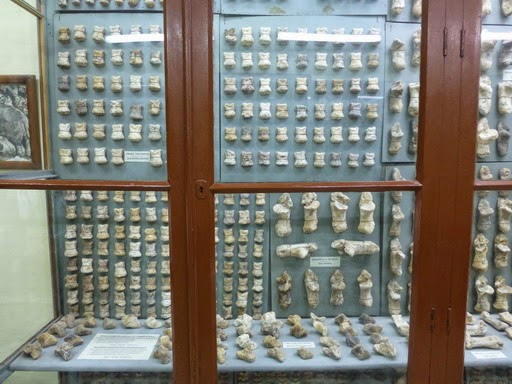 Then you walk down to the cave.

The cave is only 144 m long. There is a pathway through the first section and electric lights. Short but interesting cave. 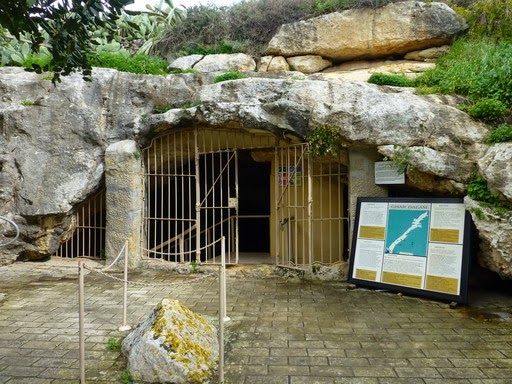 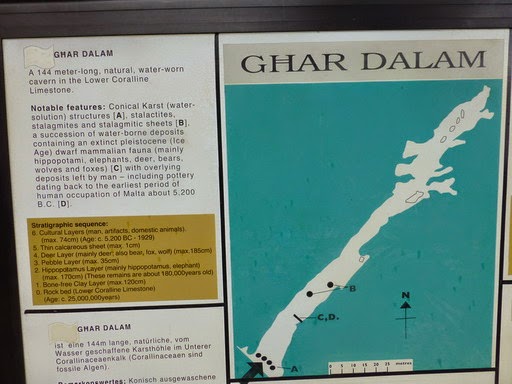 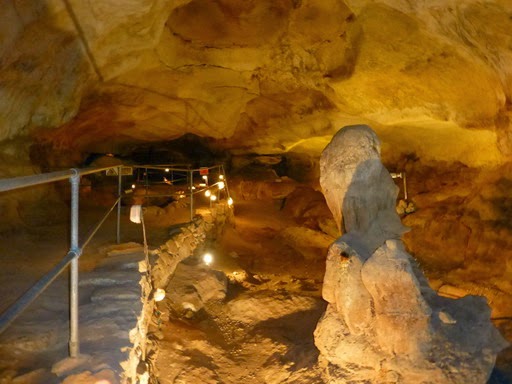 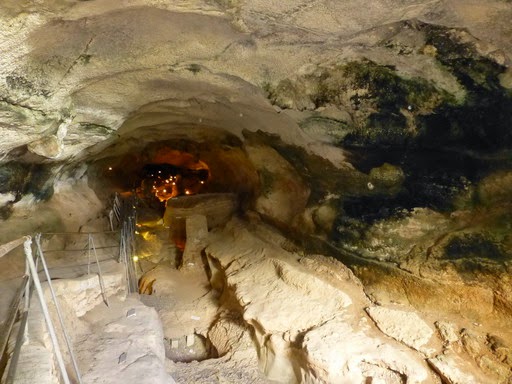 The Limestone Heritage is a very interesting place, see next blog.

An interesting article on Ghar Dalam on Ancient Origins 8 March 2020.

© Liz Price
No reproduction without permission
Posted by cavingliz at 10:56 PM