Lanzarote has a volcanic origin. It was born from volcanic eruptions 25 million years ago. There are more than 100 inactive volcanoes all over the island, with lava fields, rock formations and fields covered in black volcanic soil. 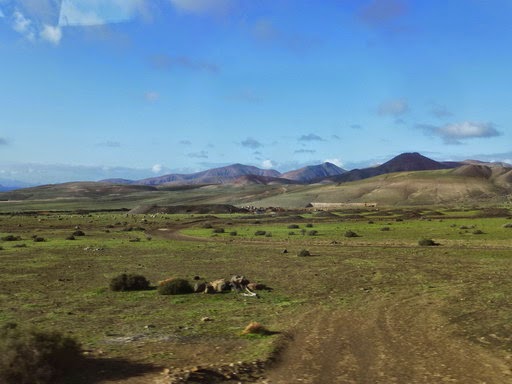 The greatest recorded eruptions occurred between 1730 and 1736 in the area now designated Timanfaya National Park. The last eruption was 1824. It is a stunning landscape that has hardly changed due to the lack of rainfall.

Taking a tour, the first stop is at the park HQ. This area is known as the Montañas del Fuego (Fire Mountains). Firstly we were given a demonstration of how hot it is below ground. A clump of dry vegetation was lowered into the hole and it immediately combusted. 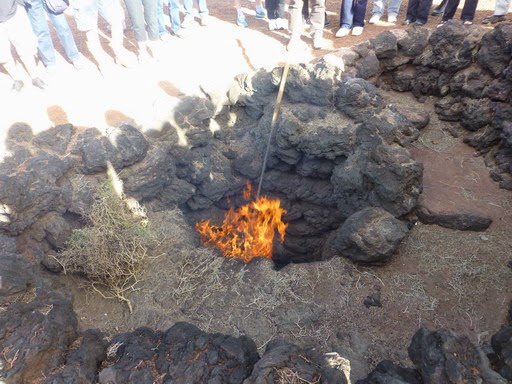 Next we were shown how stream erupts from a hole when water is poured down. 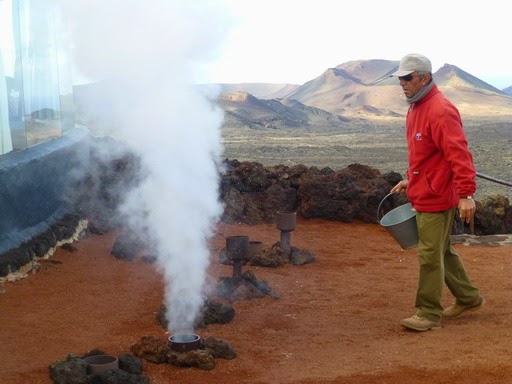 Inside we saw how the restaurant cooks baked potatoes from natural heat below ground. 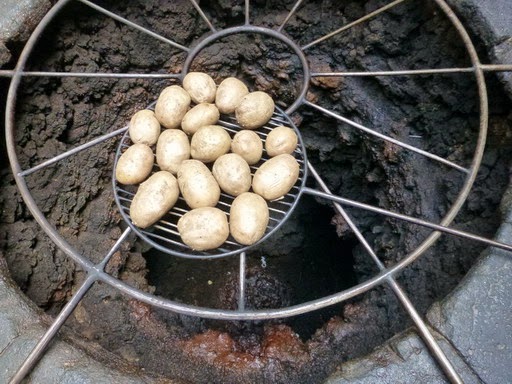 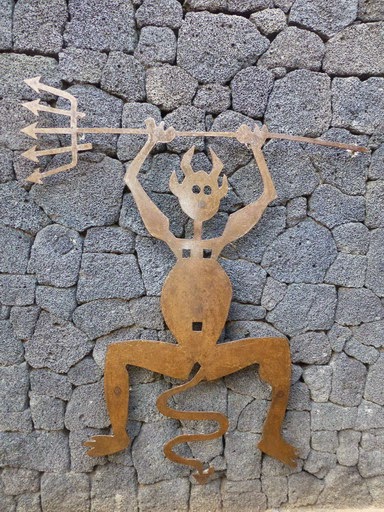 We then had a drive around the volcanic route. The scenery was fascinating. We weren't allowed to get off the coach so all photos had to be taken through the window. 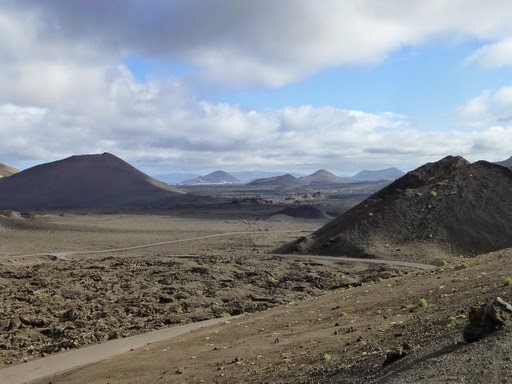 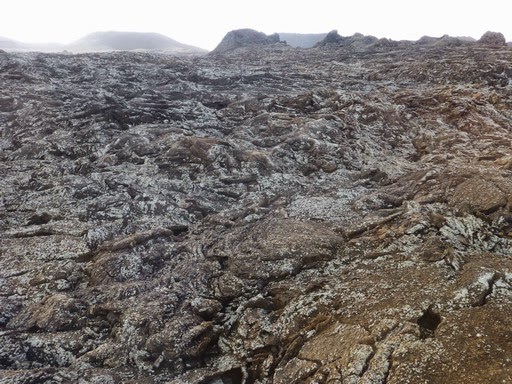 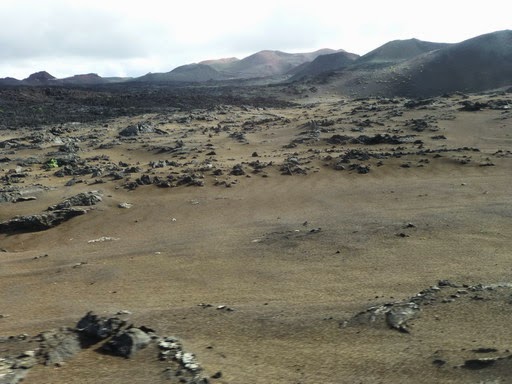 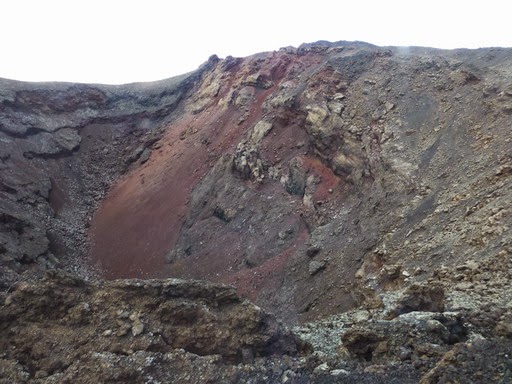 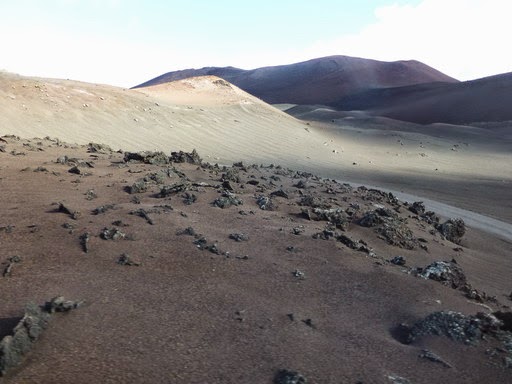 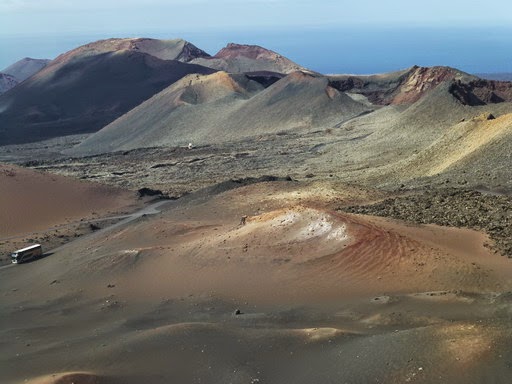 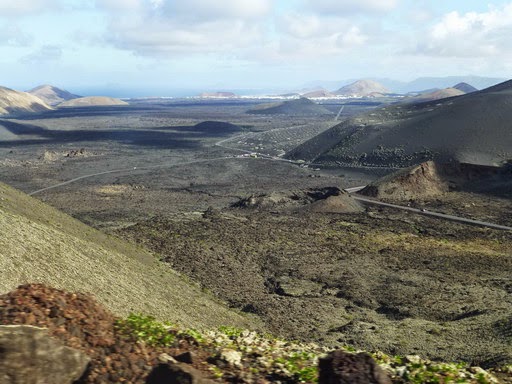 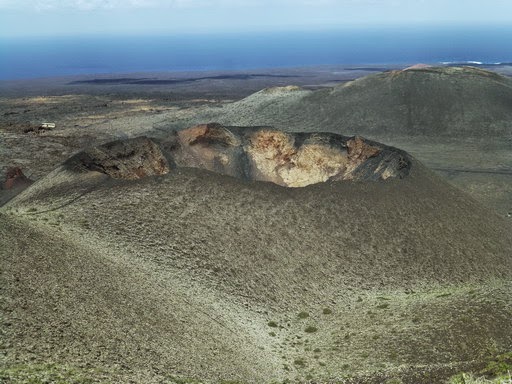 After the drive, there is a chance for a camel ride. Having spent 4 days on a camel safari in the Indian desert (story), I remember those camels having disagreeable temperaments, showing their displeasure by frequent hissing and spitting. Their breath was definitely not sweet and they burped a lot. So it was a pleasant surprise to find the Timanfaya camels to be good natured and showing no signs of being badly looked after. The cost is €12 per camel, two people sitting on either side. It's about a 20 minute ride. 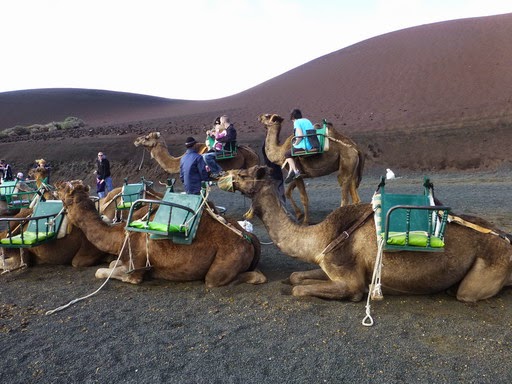 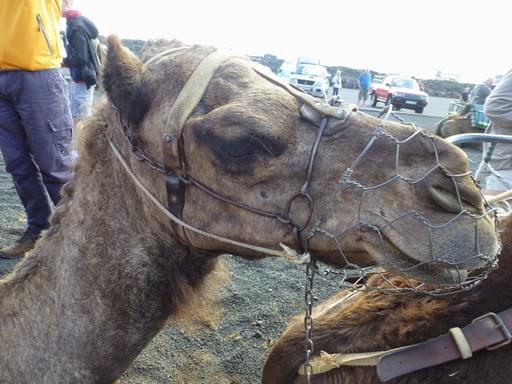 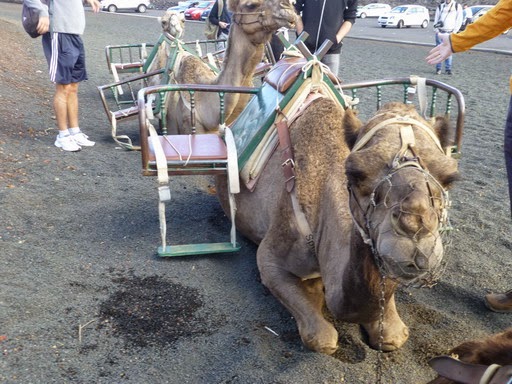 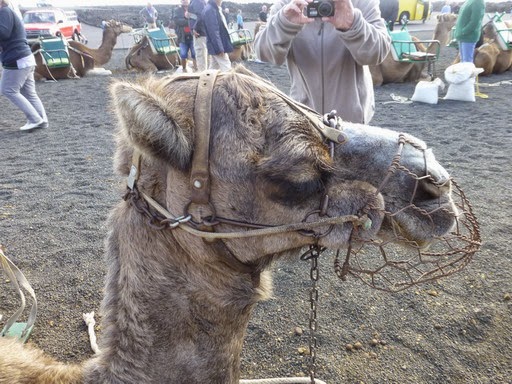 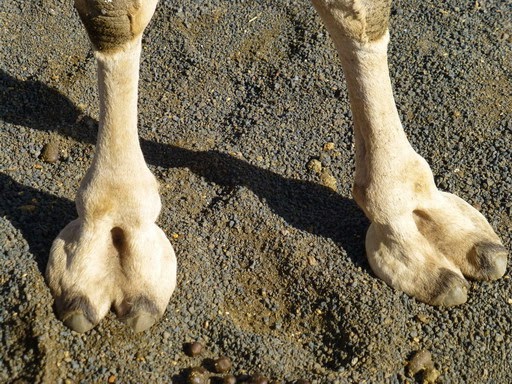 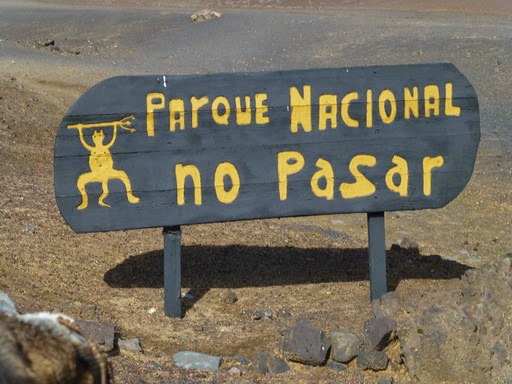 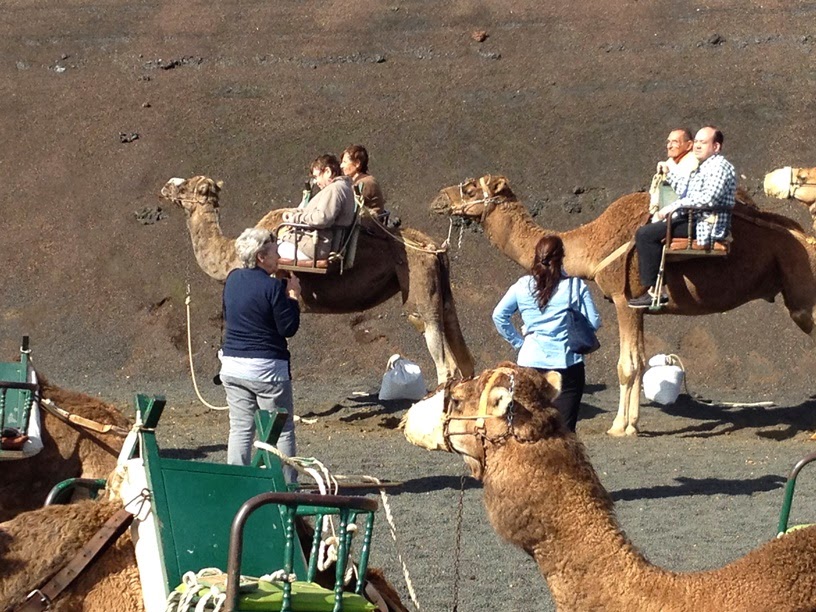 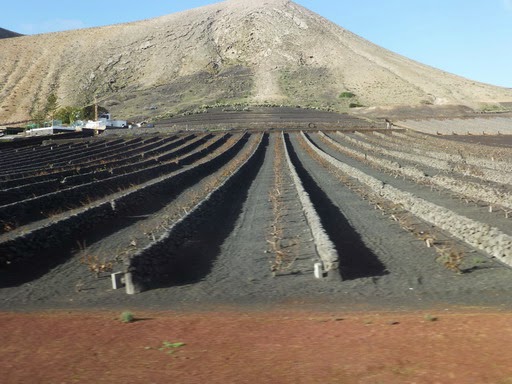