I've just had a holiday in Portugal but didn't manage to see any caves. And I only saw 1 sign to a show cave, Moeda Cave, that is outside Fatima.

Portugal doesn't have many extensive caves. Most are in the rolling hills between Coimbra and Setubal. We crossed a limestone range between Batalha and Fatima, although I wouldn't have recognised it as limestone if I hadn't been told. Photos taken from the coach window - 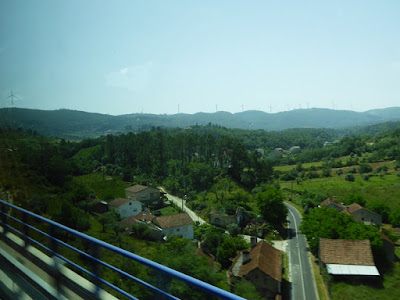 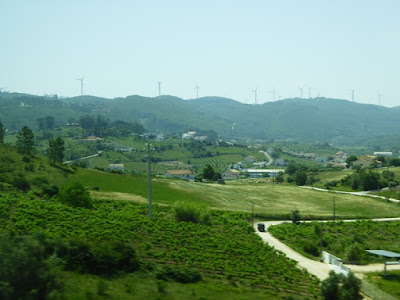 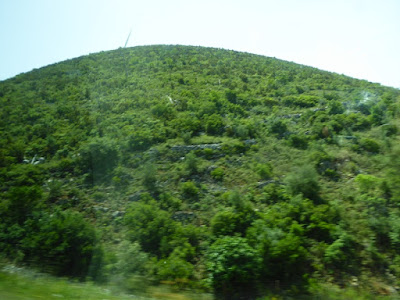 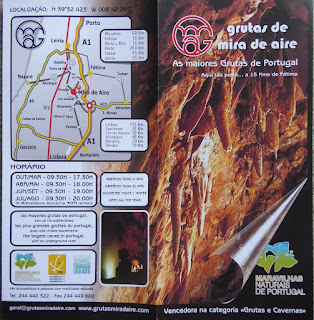 There is a band of limestone in the Algarve, but I didn't go to this area.