BBC game show Prized Apart used Gouffre de Friouato in one of the episodes. Friouato is in the Middle Atlas mountains in Morocco. I went to this enormous cave in 1976 and again in 1981 on the Cerberus Spel. Soc expeditions.

The programme was shown on BBC TV in England in July 2015. It was episode 3 that has the caving segment. From the BBC www:

Up into the mountains to the north east of Fes lies the immense Friouato cave system, which includes North Africa’s largest cave.
By the time the adventurers reached the cave for the third Survival Challenge it was mid-February, and the entrance to the cave was covered in snow, which fell steadily from the cave roof down into the 150 foot chasm below. The adventurers had to descend hundreds of steep steps to make their leap into the darkness...

When we were there is was hot as it was summer.

The leap of faith challenge in Episode 3 required our adventurers to jump from the top of the cave and grab hold of a trapeze, holding on for as long as possible. This meant bringing a huge amount of equipment down hundreds of narrow stairs in the dark. We had to bring down a weighted jib (a type of crane that you can attach a camera to), five cameras, a wooden beam, power tools, six rolls of camo netting and drapes, a gallery of six monitors and cabling, a lot of safety equipment - along with over 30 people. But was it worth it to capture the amazing footage of our adventurers as they dropped to the bottom? Absolutely!" [BBC www]

You can see the video here, the caving part starts approximately at 26 minutes. 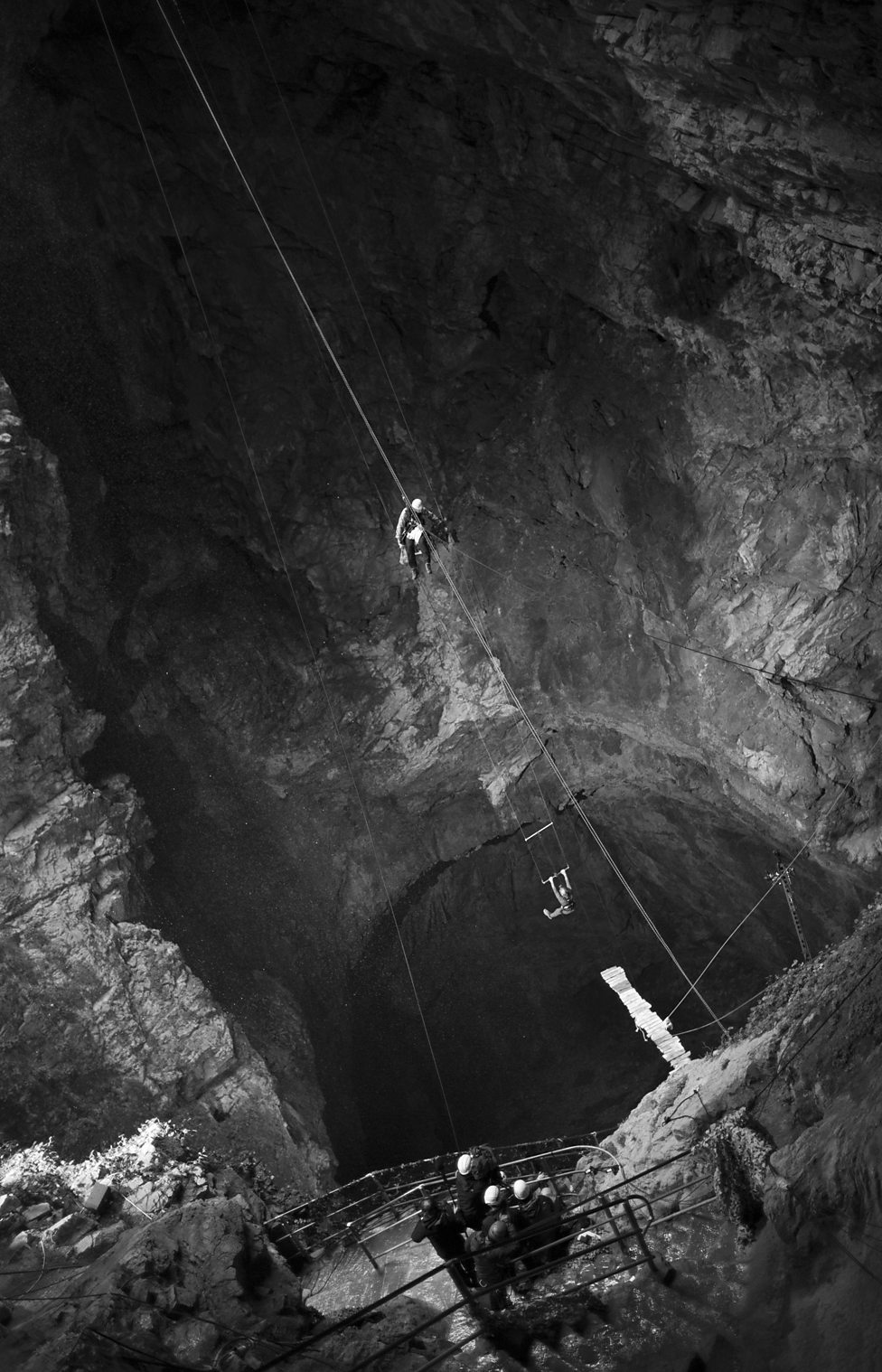 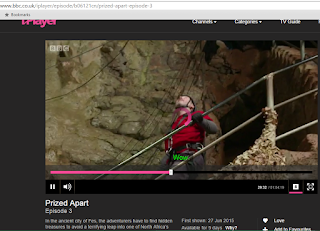 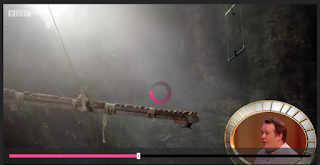 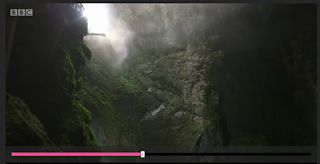 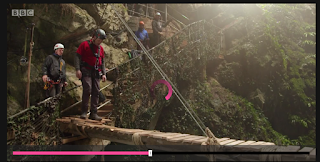 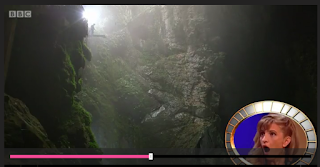 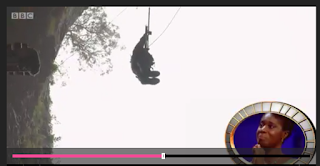 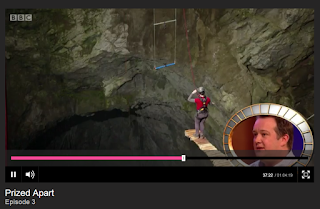 Posted by cavingliz at 7:27 PM