In Oct 2021 I was on a cruise ship that docked at Nice, south of France. Luckily it was a small ship and we were able to dock in the port, rather than the cruise terminal which is much further away from town. I spotted a cave marked on my map which was very close to the port, so had a google and found it is an archaeological cave and worth a visit. 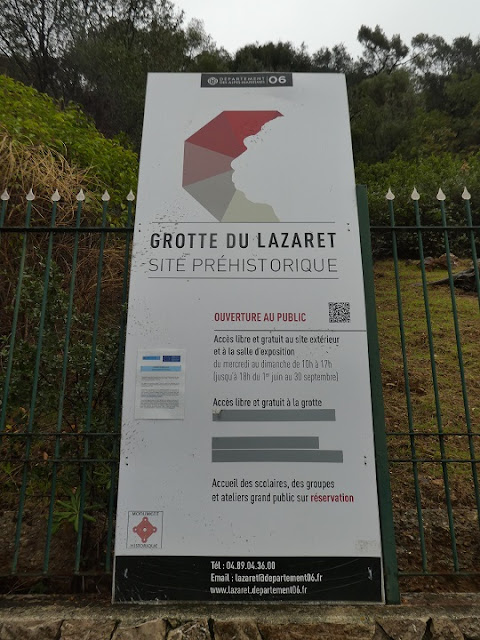 An archaeological cave site of prehistoric human inhabitation, situated in the eastern suburbs of Nice, very close to the port. The entrance is off Boulevard Franck Pilatte, and the cave is in the hill below the arches. Excavations have revealed  human shelters dating back to the  Lower Palaeolithic, 186 k - 127 k ya. More than 20,000 fossilized faunal bone fragments have been found.

Cranial fragments of a skull are believed to be from a 9 yr old, at 200,000 years old, this could be Homo heidelbergensis or a proto Neanderthal human.

Excavations took place in the 1970s. Close to the cave mouth, Andueulean stone tools were found. as well as fragments of animal bones and what are thought to be two charcoal hearths.

From the road, a path leads up to the reception and the path is lined with information boards on the archaeology, geology etc, with prehistoric animal shapes made out of metal. 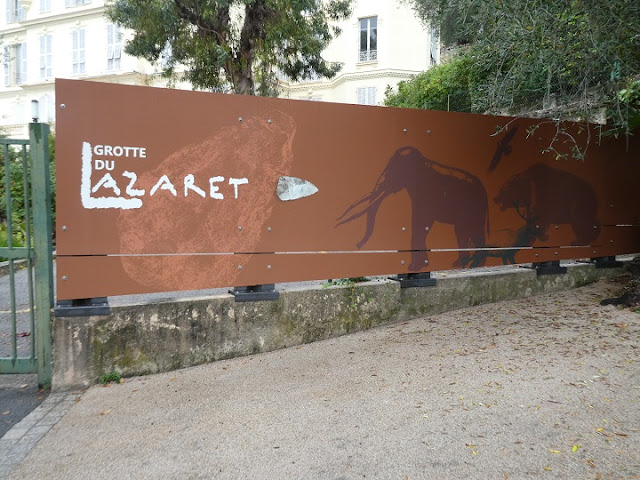 At the reception I had to show proof of covid vaccines or a negative test. Then up to the entrance - amazingly there is no charge. A walkway into the chamber is lined with information displays and replicas of cave deposits. 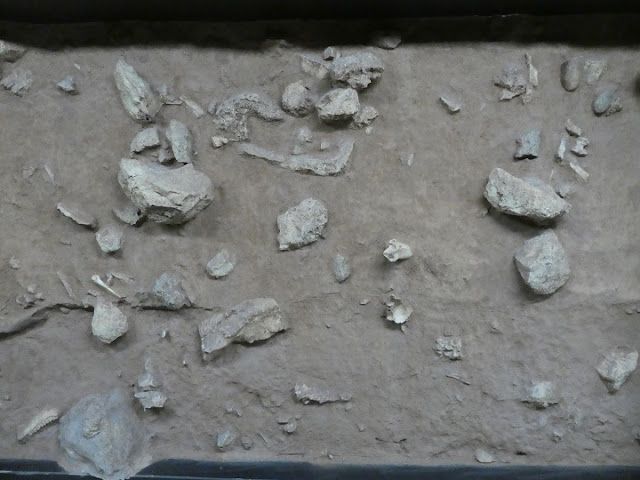 The cave itself is one chamber and visitors go along a platform listening to the audio visual display. The visuals are good, with items such as tools and bones illustrated in a square of light on the walls or floors. At the end of the platform there is a longer light display, showing a river or the sea in the cave, then "holograms" of  human inhabitants and animals etc with cave paintings of animals shown on the walls. It was all very effective and different from anything else I've seen. 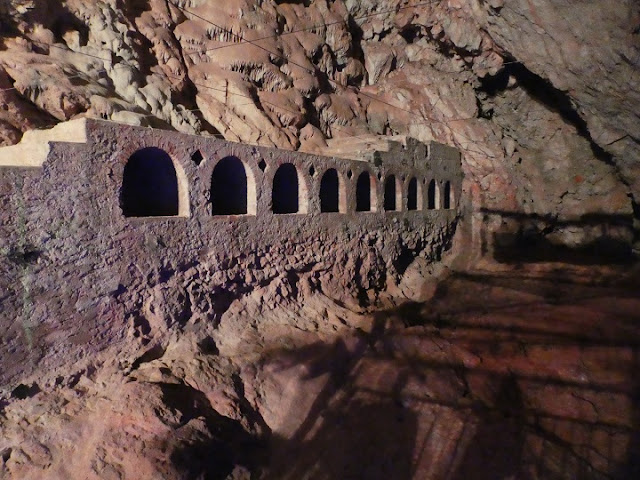 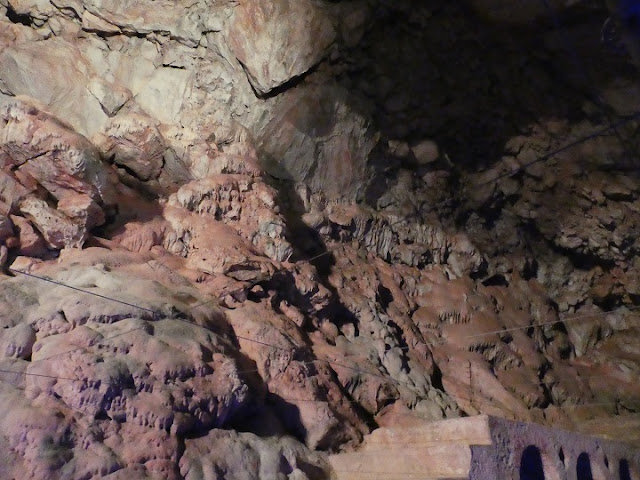 Apparently the cave opened to visitors in 2017, and surprisingly is free. Behind the reception is a very small room showing different skulls and a model of a cave man. 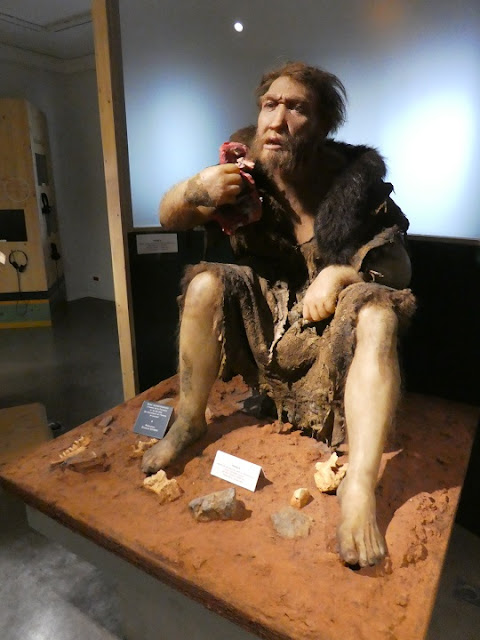 The hill where the cave is located, with the arched wall above - 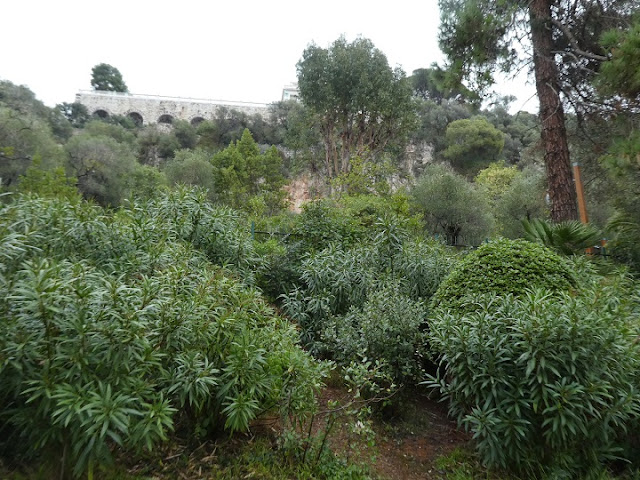 Posted by cavingliz at 1:07 AM