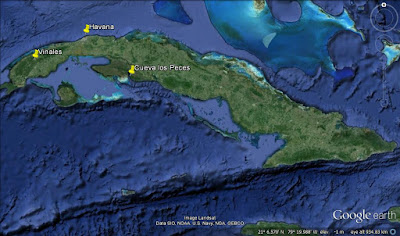 It is a stunning karst landscape, a valley encircled by mountains and dotted with mogotes that rise up to 300 m. Mogotes are tall rounded hills that rise abruptly from the plain.

Vinales is inscribed in 1999 as a cultural site. The valley is used for traditional methods of agriculture and tobacco. The indigenous architecture of the farms and villages shows the multi-ethnic society of the area, which was colonised in the early 19th century. 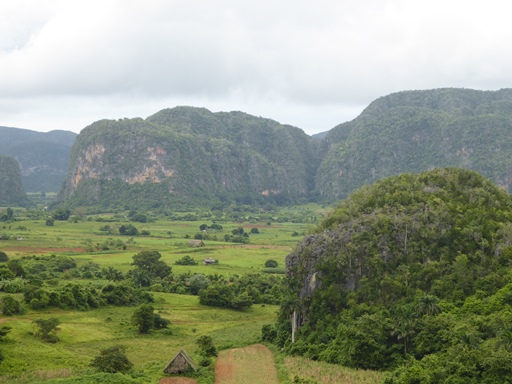 There are many caves in the hills although I wasn't able to visit any. Many were inhabited for centuries before the arrival of the Spanish colonists. Escaped slaves in particular lived in the caves. 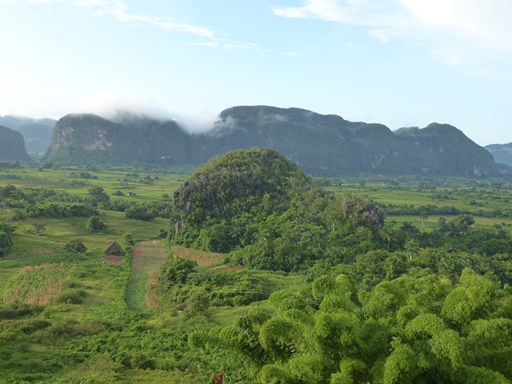 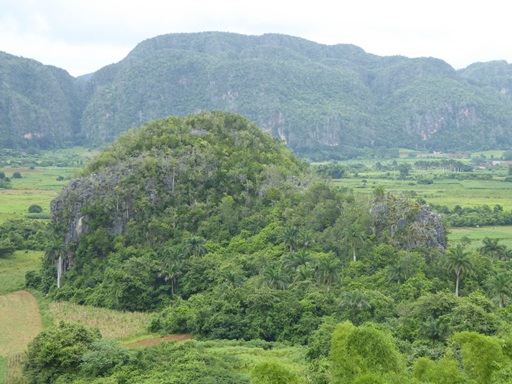 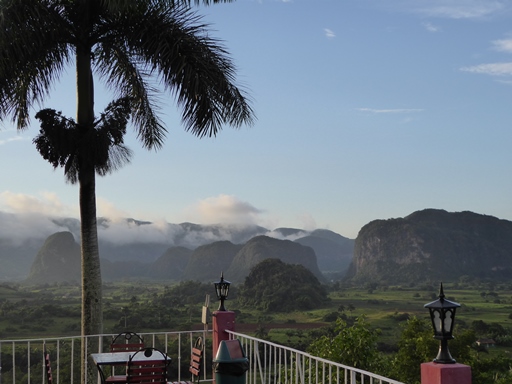 Morning mist in the valley - 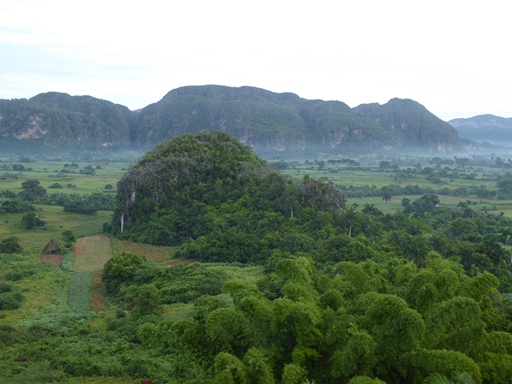 Posted by cavingliz at 5:34 PM