The Undara [Undarra] Volcanic National Park is situated in central Queensland about 350 km south west of Cairns, Australia. It is important for its geology and ecology. There are many lava tubes and caves, formed after a huge volcanic eruption that occurred 190,000 years ago.

Undara is the Aboriginal word for 'long way', and perfectly describes the isolated Outback Australian
location. This part of Queensland is dry savanna woodland but the area around the caves has green rainforests with semi-evergreen vine thickets and perennial springs. These freshwater perennial springs support a variety of wildlife, such as kangaroos, wallabies, birds, frogs and snakes. 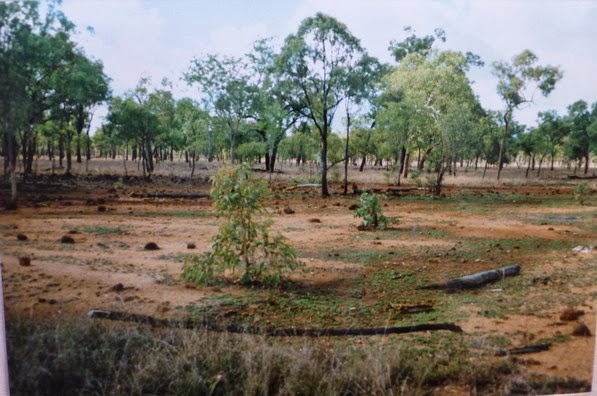 The Undara lava tubes are some of the longest in the world. According to Wikipedia, Bayliss Cave is over 1300 m long, and has bad air.

They are home to many bats, of 4 main species. Today tourists are taken to the mouth of Barkers Cave to watch the nightly bat exodus when they leave the cave to feed.

I visited 2 of the lava tunnels in Nov 1988. From Cairns we drove up the Gillies, through Malanda and Mt Garnet and Yaramulla, then 23 km through the bush to Undara.

These photos are poor as I didn't have a scanner so just took photos of the photos!

Outside the only signs of it being a volcanic area are the brown magma stones. These have lots of holes.

Bayliss Cave is the longest in the Undara system. Bayliss has a small entrance in a small depression. The entrance collapse led into the tunnel proper, and we had to go past 2 dead and smelly possums. The passage is a uniform almost circular tunnel, about 25' high x 30' wide. It was reasonably straight and had a dried mud floor. The roof lowered in places. 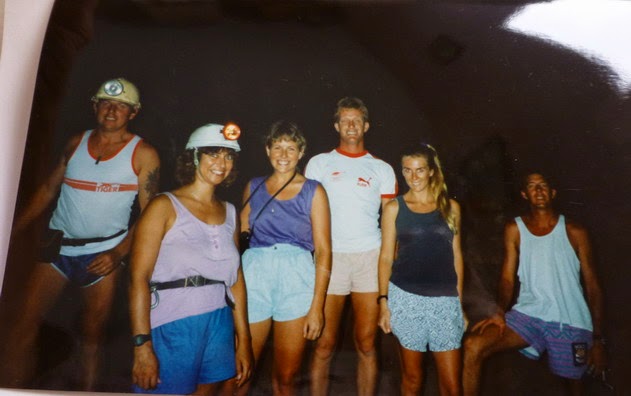 Eucalyptus roots hanging in the cave 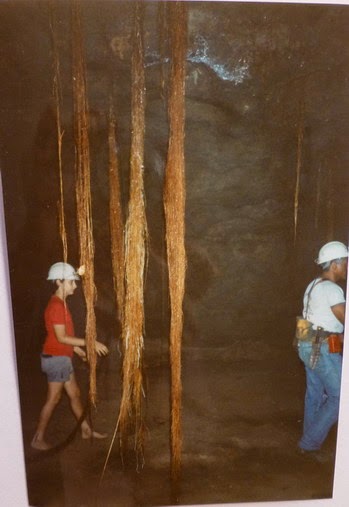 There are a few bats. We came to a raised pile on the floor and beyond was some very glutinous and slippery mud like chocolate mousse. The roof lowered but the passage continued.


We drove to Barker Tunnel. This is near a hill capped with large boulders. Everyone (except me) wanted to dive in this cave as they were expecting a nice lake. 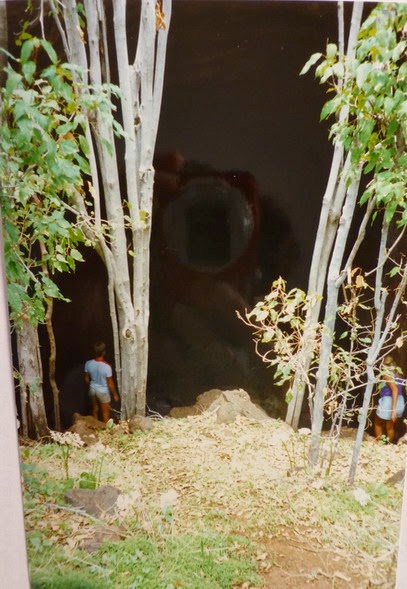 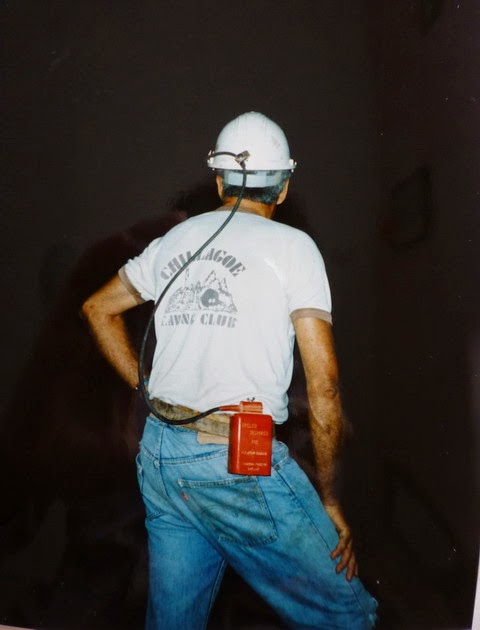 The entrance is large and a boulder slope leads down into the tunnel which is larger and straighter than Bayliss. 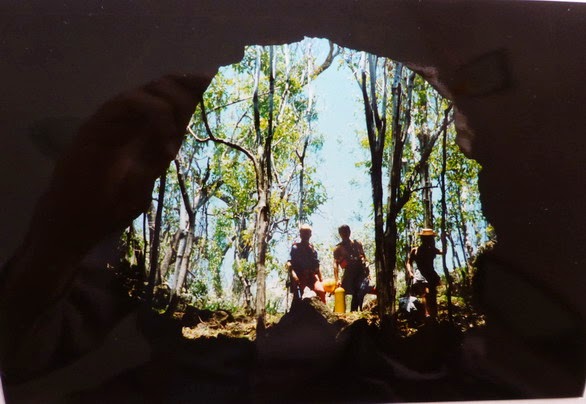 As we went through we disturbed a few bats then heard a sound like a waterfall which we soon realised was flying bats. Soon after a whole colony flew towards us and it began raining bat pee and poo! The stench was awful. The bats filled the air and it was an amazing sight. The floor became liquid guano and was revolting. We stopped when it got above shoe level.

It looked like the beginning of a lake in front so Carl waded out for a look, resulting in the 3 guys deciding to dive. We went back out to get the equipment and I was glad to be in  the fresh air. They inflated their boat at the entrance and carried it in. 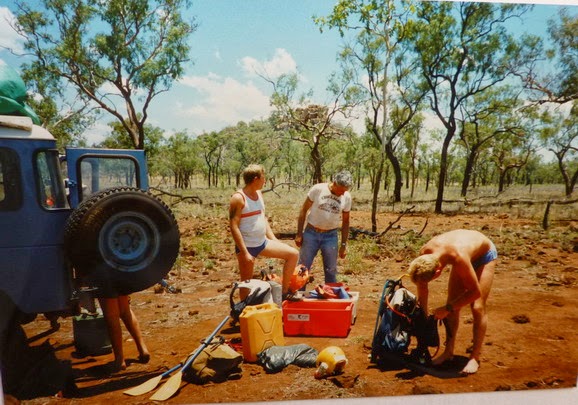 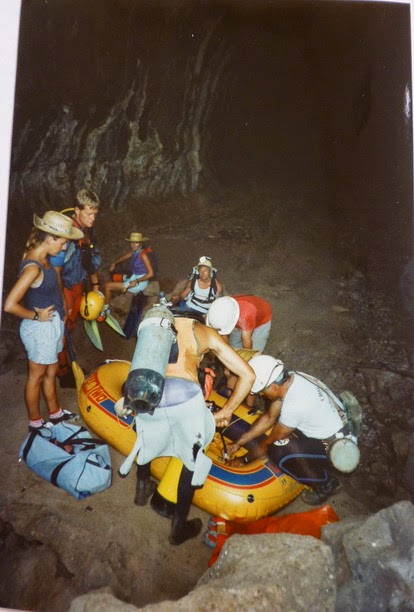 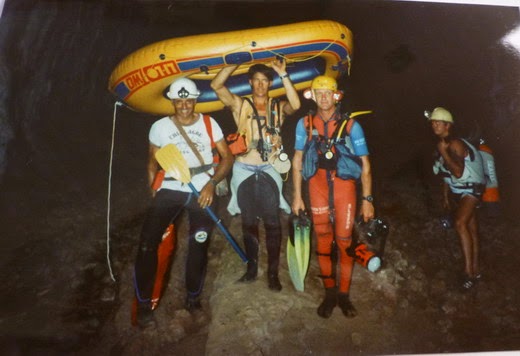 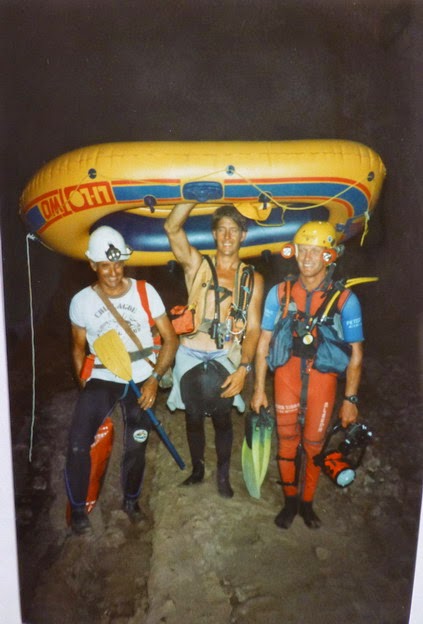 Remains of a kangaroo - 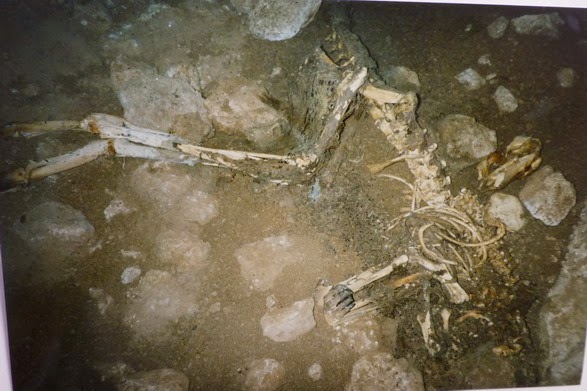 I wasn't really sure what the others were going to dive, but 3 of them kitted up and set off, using the dinghy as a sled. The rest of us waited in the bat shit. The divers disappeared around a corner but were never out of earshot. They didn't get further than upper thigh depth when they came to the end of a passage - a wall.

Apparently 10 years ago, a 2.5m lake had been dived, so obviously the water levels are now much lower indeed.

Some tunnels are home to a virulent lung fungus and in addition there is the strong smell from the bats, not to mention histoplasmosis, so I stuffed tissues up my nose! 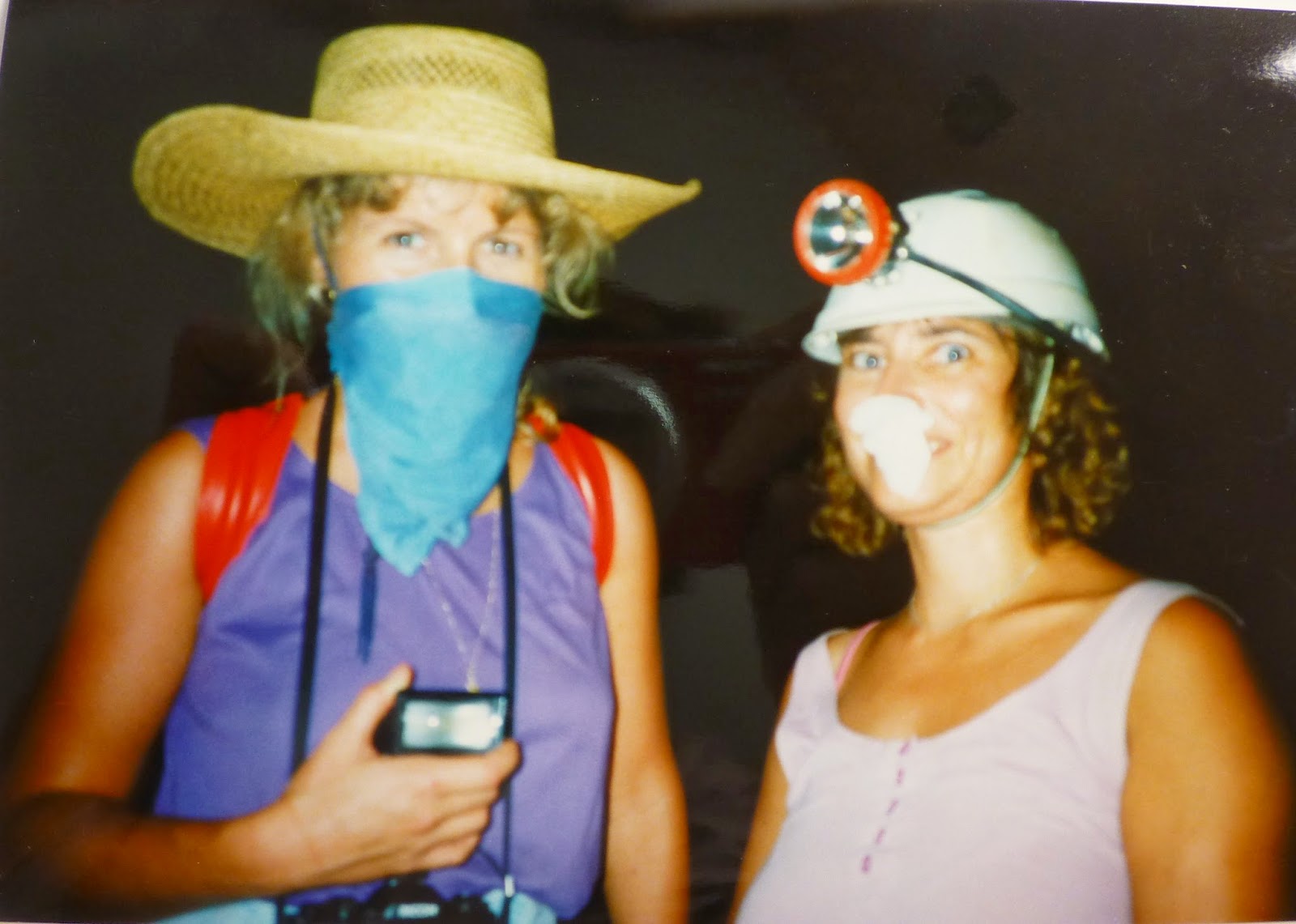 After the trip, this was the only way we could wash, as there is a lack of water in the area - 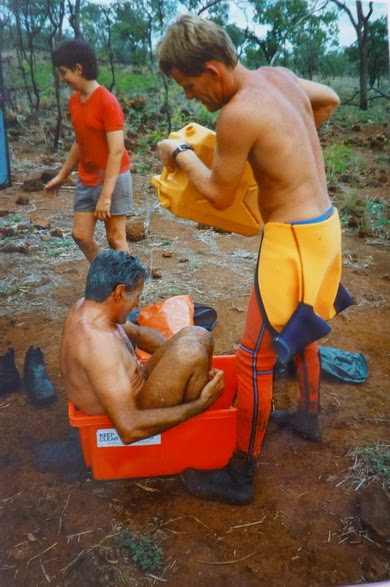 See more on Undara tunnels.
Posted by cavingliz at 10:21 PM